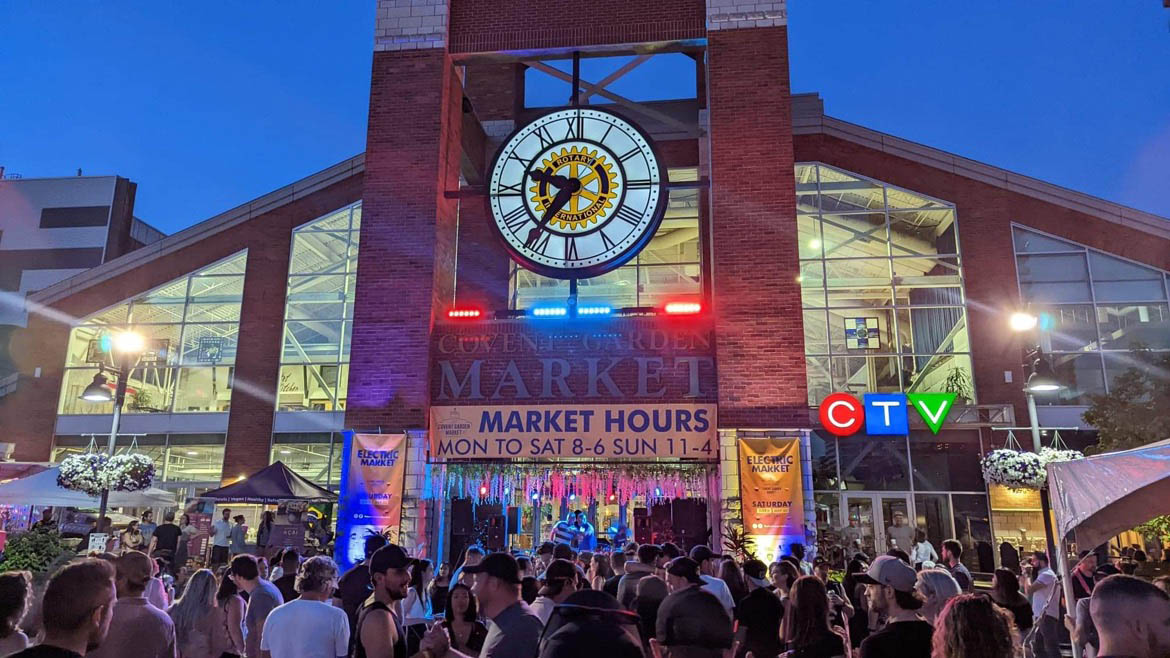 Electric Market is a celebration of electronic music in downtown London. Covent Garden Market is hosting the second of this big party, the first of which took place on July 9, with the other one kicking off July 30. The main event will run from 4 p.m. to 11 p.m., with the after party continuing at Rum Runners from 11 p.m. to 2 a.m.

“About 600 people attended on Saturday, July 9 at Covent Garden Market,” said festival director, Aaron McMillan. “The age range from our first event ranged from children to grandparents, but we saw a big response through social media from people aged 25 to 45.”

The July 9 event also sold out their Late Night Even that ran until 2 a.m. This Saturday, the Late Night Event will be held at Rum Runners on Dundas St.

“We’ve moved our Late Night after party finale to Rum Runners to support the ticket demand and because it’s one of the best dance clubs in London,” McMillan said.

Electronic music first became popular in Canada in the beginning of the 20th century. That’s when the first musical instruments for its production were created. London is a fast developing city and it was hard to stop the increase of listeners of this genre and its expansion of charts in radio stations.

“With London recently being named as Canada’s first UNESCO City of Music, and our world coming out of a global pandemic, we felt it was the perfect time to share London’s local DJs’ range and talent while keeping the Covent Garden Market events free and accessible to those who come,” McMillan said.

London has had a strong history of developing DJs over the last few decades. John Acquaviva and Loud Luxury are just two you may have heard of. Organizers believe they have an incredible range of DJ talent that is on the verge of erupting, and the reason for the festival is to celebrate and bring the music to the masses, especially after two years without many events going on.

“I felt it was a good idea to create an event series to support the electronic dance music community,” McMillan said.

Electric Market is poised to help fill a possible dancing void by providing the best outdoor summer raves and dance parties in London at a very affordable price: free.

A partnership baked to perfection