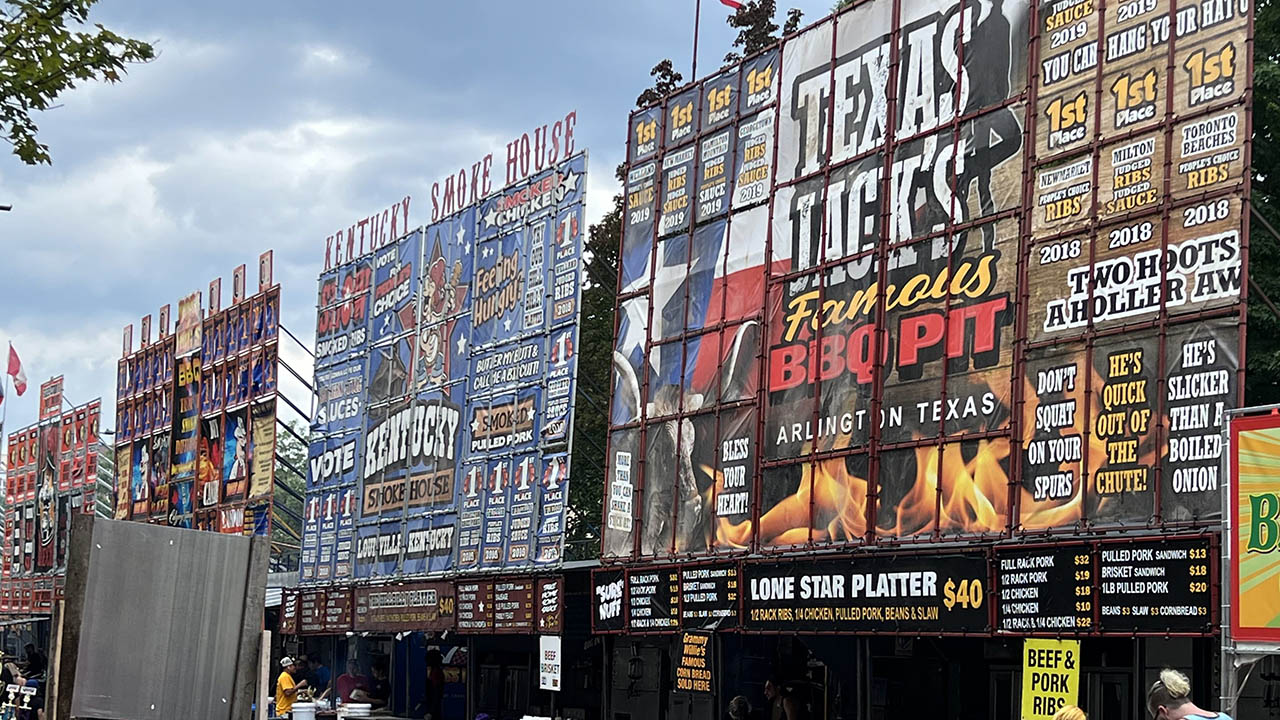 Beginning July 28 and running until Aug. 1, London will be hosting its annual Ribfest in Victoria Park. Yes, a whole festival dedicated to ribs. Aromas of tarty candy floss and buttery popcorn will fill the air, the park pulsating with a variety of vendors. Most prominent though, will be the sights and smells of the smoky, rustic, and woody, smoldering charcoal, and the meat cooking low-and-slow over carefully tended fires. The blessed barbeque will take center stage.

The festival has been running for over 30 years and draws in over 200,000 visitors during its five days. The idea of gathering people together to eat a pile of ribs and then crown the ultimate pitmaster/ribber has some people waiting the entire year with bated breath for the event.

Doug Hillier president and promoter of the festival said London’s Ribfest is the biggest in the country.

“London’s Ribfest is the original in Canada and it’s the biggest in Canada,” Hillier said. “These are our top 10 rib teams, the vendors at the other festivals want to be here. When they’re the best, they get into London’s Ribfest.”

Some of the ribbers include Boss Hogs BBQ, Route 55 and Fat Boys. There’s something special for all at this year’s festival, including a beer tent where local craft breweries will be providing cold beer, a variety of vendors selling anywhere from Mexican food, burgers, ice-cream and even cheesecake.

Vendors from all over will be setting up shop including some local businesses like Tinia Valley’s Tropicups Latin based drinks.

“It’s nice to come to the festival because I’m local and I get to see and meet local people,” Valley said. “I sell fruit-based Latin flavoured drinks…it’s very unique to find this kind of drinks. It’s hard to find the infusion of Latin spices, which is my culture. It’s something that you find in the streets of Central America, so it gives you a vibe like you are somewhere like Cancun.”

No doubt you will be able to smell your way to the Ribfest which will also feature fun exhibits, live music and even fun rides for the kids. So, head over to Victoria Park this weekend and experience the flavour of Canada’s first and largest Ribfest.
Festivals London events Ribfest Victoria Park