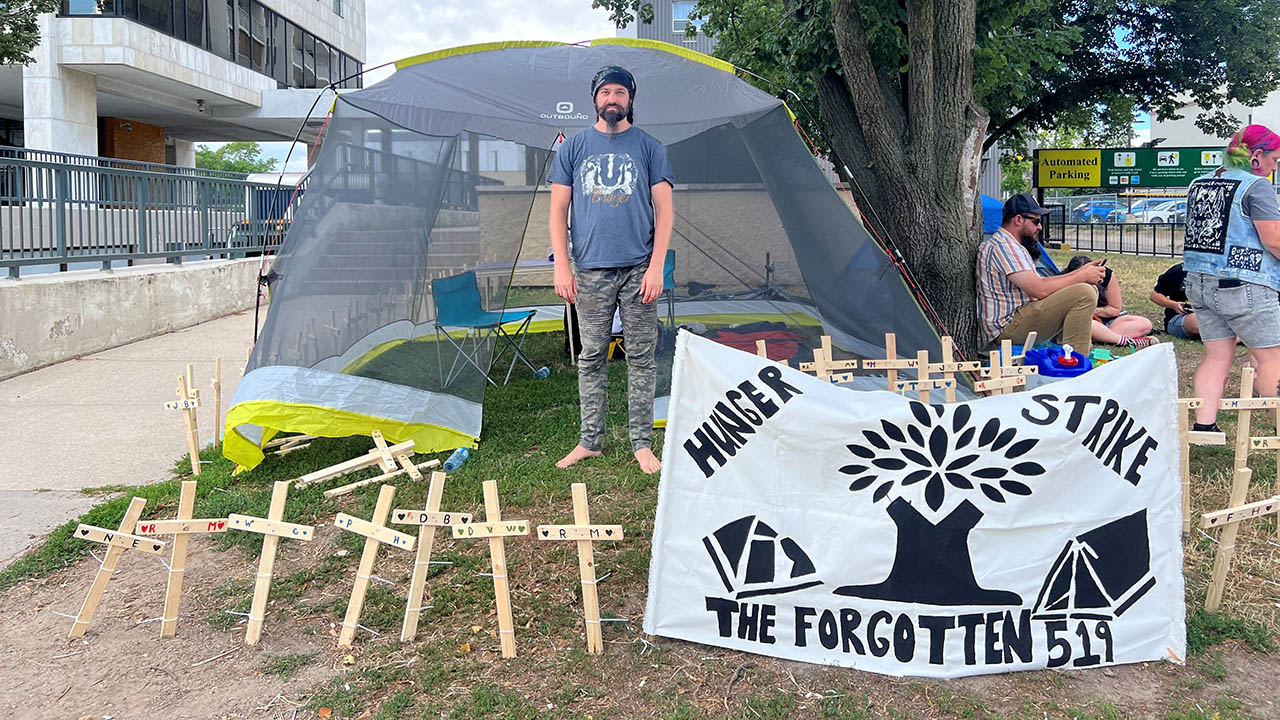 On Tuesday at 9 a.m., the hunger strike organized by The Forgotten 519 began in front of City Hall. Over 100 people gathered in support of Dan Oudshoorn, an outreach worker with Sanctuary London who is also associated with The Forgotten 519. At this morning’s gathering in front of City Hall, Oudshoorn said he would be solely consuming water and necessary medications until appropriate action is taken to address homelessness in London. Tiny wooden crosses bearing the initials of homeless citizens who died on the streets this year were hammered in the ground outside City Hall.

Frontline workers and charitable organizations reached a tipping point when the body of Jessica Beachum was recovered from the Thames River in late July. Beachum was just one of the 34 preventable deaths that occurred this year, and a trigger for the community of frontline workers to take drastic measures, according to Leticia Mizon, frontline worker with The Ontario Network of People Who Use Drugs and a member of The Forgotten 519.

“Jessica rocked our community; the community of people experiencing homelessness, the community of people looking after her wellness who supported her in her experience,” Mizon said. “When it comes to an individual who was, by all accounts, doing very well and thriving, and then thrown back into the community and found in the river days later; the amount of trauma and grief from her loss really shook us all to the core.”

On Tuesday morning, just one hour before the hunger strike was slated to begin, the City released a statement calling for an immediate gathering “with representatives from the agencies who have echoed and supported [The Forgotten 519’s] concerns” to discuss better actions in serving vulnerable communities. Beginning this week, the City said it hopes to coordinate two working sessions facilitated by a third party.

“The focus for the first session will be on creating space to broadly share and listen to the experiences of those providing service in the community that has been gathered by The Forgotten 519 and discuss the ideas for immediate action,” the statement read.

Immediate action, according to Mizon, is paying attention to the entire community of unhoused Londoners, which includes the much-needed frontline workers who are supporting them.

“Our caseloads, our frontline workers are suffering. Our people are dying,” Mizon stated. 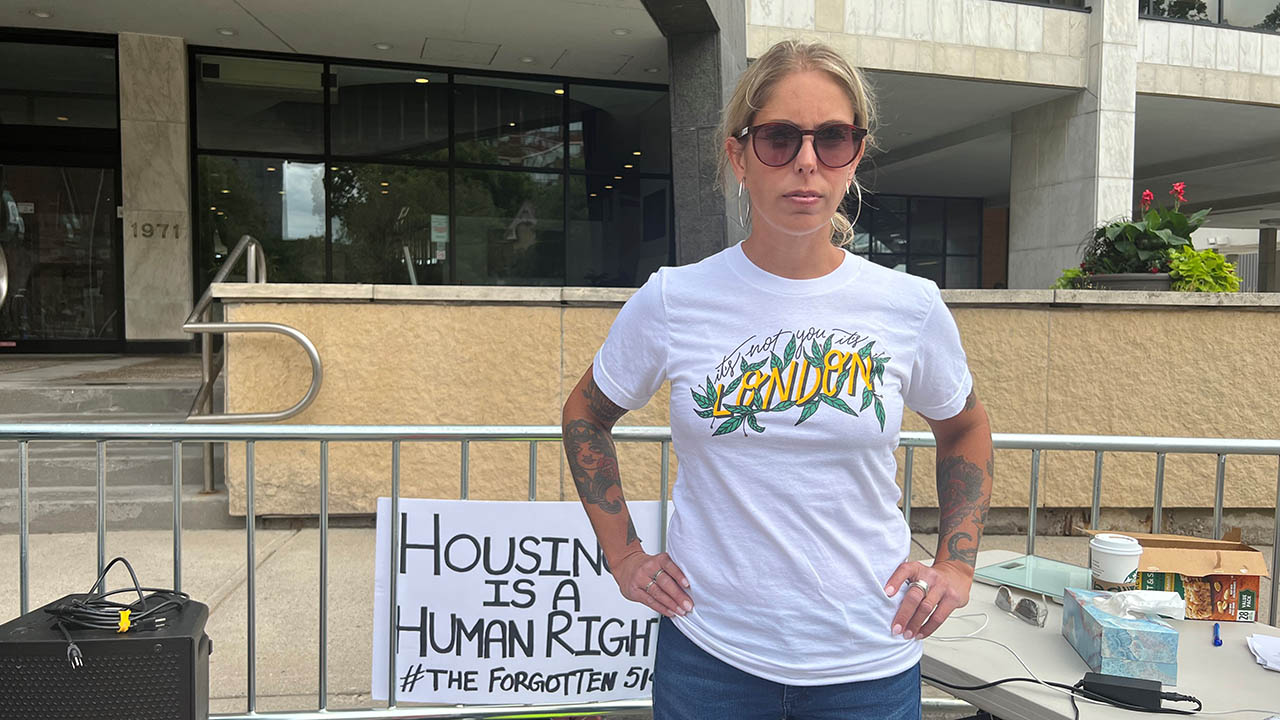 With support coming from local organizations like the London InterCommunity Health Centre, House of Gaz,  Good Sport Gallery and Studio, and Leilani Fahra, global director of Make the Shift and former UN rapporteur, the coalition hopes the City will take the drastic action they say is needed. Dr. Andrea Sereda, physician to people who are deprived of housing and member of The Forgotten 519 responded to the City’s recent comment.

“We are encouraged that the city has released a statement saying they’d like to have discussions and speak to us about the concerns, and that they’re reaching out to housing-deprived serving agencies as well, to hear what we can do together,” Sereda said. “That is encouraging, however, we are waiting to hear whether the city will meet our three demands; to urgently stop causing harm while we work towards those solutions.”

The demands of The Forgotten 519 are as follows:

The strike is expected to continue until the demands are met.
Activism Homelessness London City Hall London News The Forgotten 519