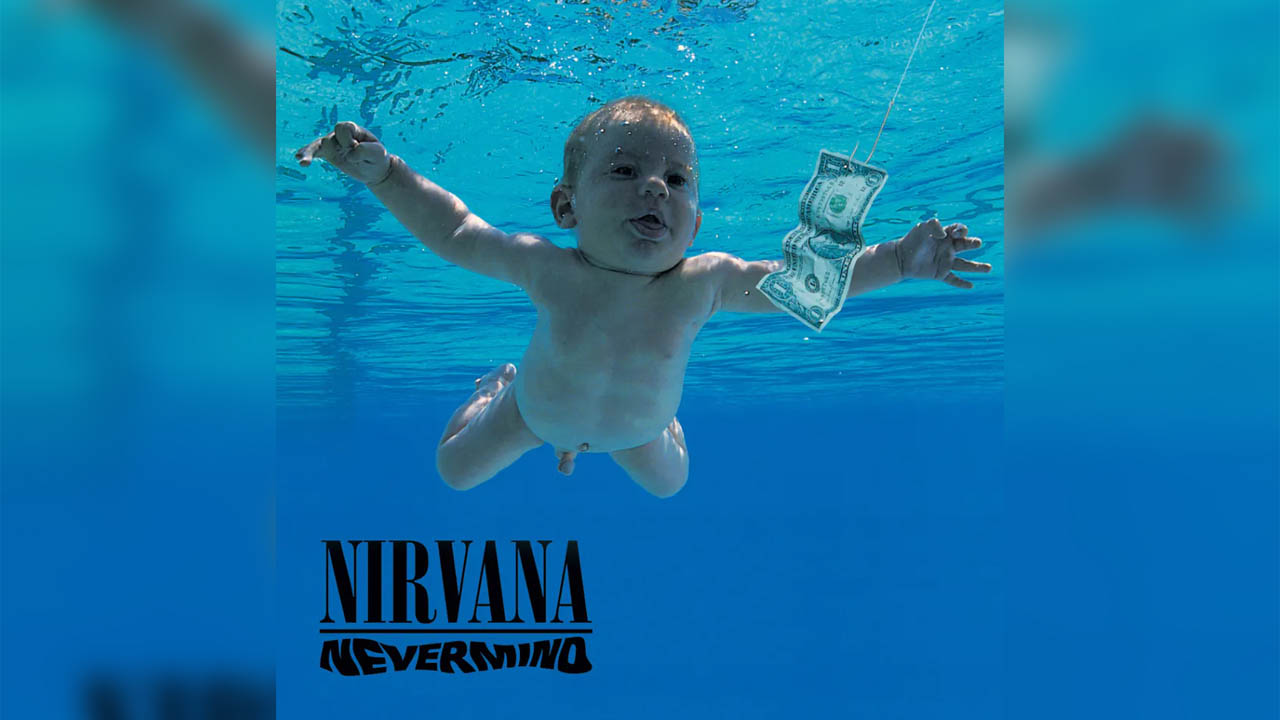 Interrobang Rewind is a bi-weekly column reviewing media from days gone by.

It’s hard to overstate how important Nevermind is as an album. Nirvana’s sophomore album is a landmark in the 90s rock scene. It fundamentally changed how mainstream rock sounded at the time, bringing grunge and alt rock to the mainstream and effectively ending the reign of glam rock that had kept the 80s in a stranglehold.

After the small success of their first album Bleach, Nevermind was estimated to be a small success as well, with the label hoping to sell around 250,000 copies total, and optimistically hoped the album would go gold a year after its September 1991 release.

So this album is a big deal. Is it any good?

The album starts with its most famous song, “Smells Like Teen Spirit.” There’s a reason it’s so popular; the opening riff is an instantly iconic sound to anyone born in the past 40 years. The verses slowly build up the tension to the chorus, where all that tension is let loose in an explosion of power chords and teenage angst. Kurt Cobain’s singing voice is nothing short of guttural, as he screams the lyrics on the chorus before going back down to a soft, almost mumbled tone on the verses.

The rest of the album doesn’t let up either. “In Bloom” is the next song, slowing things down a bit but still having a headbanging feel thanks to its meaty, distorted guitars. “Come as You Are” is the best song off this album, if you ask me.

Another instantly recognizable opening riff and production that gives the song this floaty underwater feel to it. We also get a rare (and very enjoyable) Cobain solo, as the singer/guitarist thought solos were too self-indulgent.

The punk rock anthem “Breed” speeds things right up, with a driving, distorted bassline that keeps the song screaming through its short runtime. “Lithium,” a song about manic depression, sounds exactly like that. The song bounces from two extremes of self-deprecating and self-aggrandizing while the instrumental goes from a simple riff to a headbanging chorus.

“Polly” is unfortunately where I start to fall off the album a little. It’s a simple acoustic (almost folk) tune about a sexual assault victim from the POV of the rapist. Other than the depraved depths the song hits about the real events it’s describing, it’s not super interesting.

“Territorial Pissings” is another song with a screaming pace, with Cobain delivering the lyrics in a throat tearing scream. The production highlights the bass and drums that keep the song’s pace up under the heavily distorted guitar. “Drain You,” a song about a toxic relationship, comes next. While it’s nothing special, it’s more of the Nirvana sound that made them so popular with the heavily distorted guitars and pop punk sound.

The next three songs, “Lounge Act,” “Stay Away,” and “On a Plain” all speak on Cobain’s life and various issues plaguing him, with “Lounge Act” having him scream in this pained tone that conveys the heartbreak that comes after a breakup. “Stay Away” talks about Cobain’s frustrations with popular culture and how everything in it is the same. “On a Plain” is about the ever-relatable writer’s block, with repeated power chords giving the song a feeling of being stuck in place.

“Something in the Way” is unlike anything else on the album. The song charted recently thanks to the film The Batman using it in its trailers. The near whisper Cobain uses is a sharp contrast from previous songs, and the instrumental is equally quiet. A sombre cello scores the song, giving it a melancholy and sobering feel.

The now famous hidden track “Endless, Nameless” is the rawest song on the record, with dark guitar and bass that almost feel like walking through sludge. The lyrics are nearly unintelligible, and the latter half of its six-minute runtime is mostly just noise. A hard listen for sure, but a worthwhile one.

To return to the question posed at the beginning of the review. Is this record good?

Of course it is. It’s nothing mind blowing or the complicated masterpiece a lot of people make it out to be, but instead a carefully produced, energetic rock record that paved the way for others like it.
Editorial opinions or comments expressed in this online edition of Interrobang newspaper reflect the views of the writer and are not those of the Interrobang or the Fanshawe Student Union. The Interrobang is published weekly by the Fanshawe Student Union at 1001 Fanshawe College Blvd., P.O. Box 7005, London, Ontario, N5Y 5R6 and distributed through the Fanshawe College community. Letters to the editor are welcome. All letters are subject to editing and should be emailed. All letters must be accompanied by contact information. Letters can also be submitted online by clicking here.
Interrobang Rewind Music Music Review Nirvana

Get involved with Fanshawe Athletics