What the Twilight renaissance says about our culture's ability to forgive 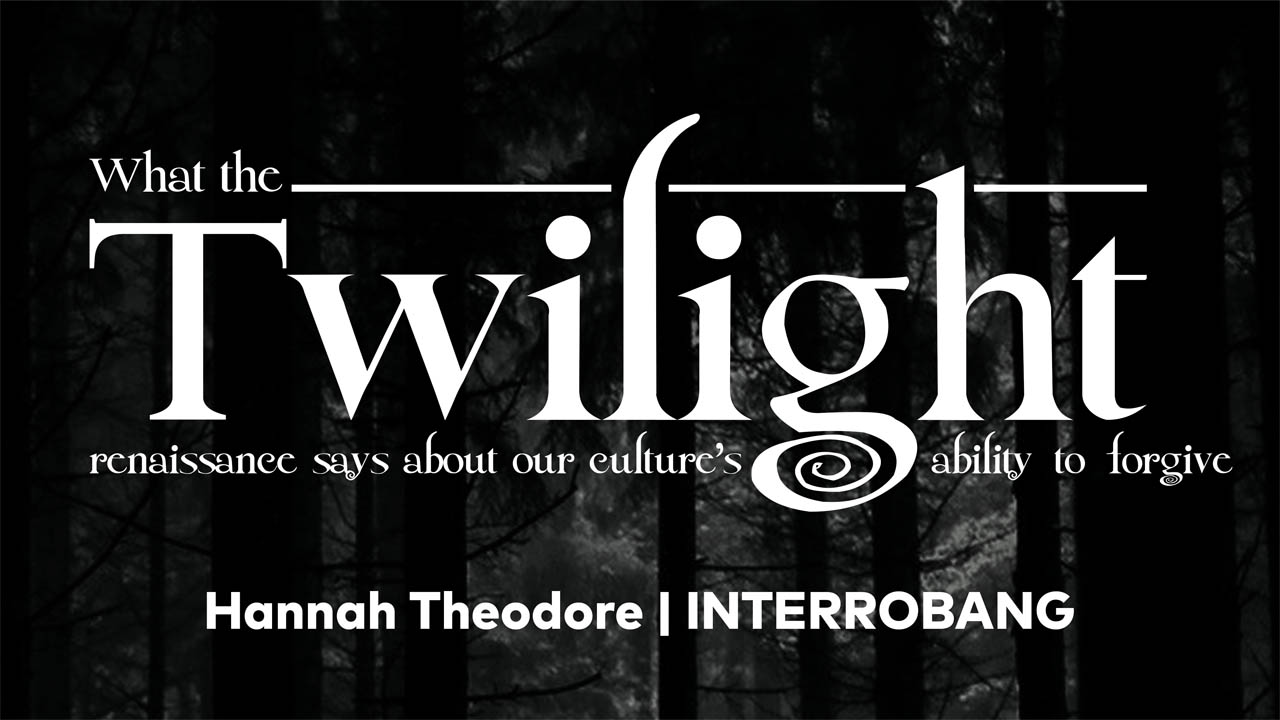 Put on your favourite Twilight soundtrack and hold on tight, spider monkey.

It’s hard to overstate the stranglehold that Stephenie Meyer’s Twilight Saga had on pop-culture in the mid- to late-2000s. In 2005, the first Twilight book was passed from girlfriend to girlfriend, popularized by budding online fandoms which, at that time, existed in unkempt, private corners of the internet. These earliest of echo chambers were safe havens for fans to relish in the romance of the novels without the criticism of the outside world, and it was here that Twilight truly flourished.

The last Twilight novel came out in August of 2008, just months before the first Twilight movie hit theatres. Anyone who wasn’t already aware of the series in the summer of 2008 would have had a hard time missing it by the end of that year. “Twihards” (fans of the series) were exploited in the media for their frenzied consumption of the novels while film buffs shook their heads when the movies raked in millions at the global box office.

Subsequently, the fandom and Meyer herself became targets of mass ire and a deep, raging contempt from critics, many of whom did not even comment on the series’ actual problems, but rather its romantic overtones and admittedly strange lore (sparkly vampires, anyone?). When the series’ final movie The Twilight Saga: Breaking Dawn Part 2 released in theatres in November 2012, it seemed that most of the world was ready to move on from the town of Forks and its inhabitants. The first Hunger Games film had come out in March of that year, and general audiences quickly turned their attention to the next chapter of young adult (YA) domination.

That was likely the last time most people thought about the Twilight series. The era of supernatural YA faded with it, as authors like John Green ushered in a more grounded, human approach to the young adult genre. Harry Potter would release its final film in 2011, and the Hunger Games would continue to steadily lose viewership by the time its last film debuted in 2015. Both the Divergent and Maze Runner series were scrapped before all their books could even be adapted into films.

Of course, Twilight would come up occasionally surrounding conversations of the Fifty Shades of Grey series (itself an adapted Twilight fan fiction), but generally, the cultural moment had passed. The Fifty Shades comparison would prove to be even more problematic for Twilight in a post-MeToo world, wherein themes from both series were heavily scrutinized in retrospect for romanticizing unhealthy and abusive relationships. Criticisms of Fifty Shades would inevitably lead to discussions about its inspiration. After all, how much better of a boyfriend was Edward Cullen compared to Christian Grey, really?

These types of critiques would persist for the next few years, arguably leaving more of a lasting stain on the novels than the initial flood of fury it inspired. Even long-time fans were forced to face the reality that Meyer’s world didn’t hold up well to a magnifying glass.

But then, in 2020, came the whispers of a Twilight renaissance. As the pandemic forced people into their homes, many found it to be the perfect time to revisit the Twilight films, whether for nostalgic comfort in uncertain times or simply for a good laugh. The internet was abuzz with Twilight discourse once again, all of it now laced with a heavy dose of irony and awareness that was perhaps lacking from the earlier, more seriously devoted fanbase of the late 2000s.

Sympathy for Meyer had also been growing since around 2018, when YouTuber Lindsay Ellis made a video apologizing to the author for the way the culture had turned on her for penning a series of novels that, for Meyer, were only ever supposed to be read as wish fulfillment. And if you read the novels or watch the movies with that in mind, along with a post-postmodern lens that tends to unironically enjoy kitschy media, it’s easy to see why 2020 was the perfect moment for Twilight to make a cultural comeback.

That’s not to say that the valid criticisms faded, just that most fans took up a negotiated reading with Twilight, both acknowledging its many problems while also agreeing that the level of hatred it received in the media was in and of itself based in misogyny, much like all things adored by women. The series’ internally sexist, racist, and problematic themes were somehow cancelled out by its equally as troubling public response.

And that’s coming from the man who once said (probably rightfully) that his character would have been an axe murderer in real life.

So, at the height of the COVID-19 lockdown, Meyer announced the release of the long-awaited Midnight Sun (Twilight from Edward’s perspective). Fans of the original novels had known that this text existed for years – Meyer had been penning the manuscript long before any Twilight movies had even been cast. But, after a trusted source close to Meyer leaked the first 12 chapters in 2008, the author stepped back from the project indefinitely. All that changed in August 2020, when the first new(ish) Twilight novel dropped.

In the novel, Edward’s narration is questionable at best, riddled with misery and a self-awareness that never stops him from acting on his very worst instincts. In the first chapter alone, Edward contemplates murdering his soon-to-be love interest along with dozens of teenagers. Not exactly the makings of a romantic hero.

But maybe, that’s not the point.

Apart from some thinly-veiled abstinence and anti-abortion themes in Eclipse and Breaking Dawn respectively, Meyer rarely uses Twilight to make any moral or political arguments. The characters in her novels are scrutinized for the things they do, not the things they believe. In our culture that defines its groups by belief systems, Twilight exists in an almost apolitical space, unconsciously sucking the reader or watcher into the rainy Olympic Peninsula circa 2005, where cultural faux-pas could be both scoffed at and dismissed simultaneously.

Somehow, Midnight Sun managed to exist here as well. Despite the time that had passed since Breaking Dawn, readers were all too content to revisit Forks with a newer, more mature lens. One which made it easy to laugh at Edward’s, at times, ridiculous inner monologue, all the while basking in finally having the chance to experience it.

In a world that holds such high standards for media (and those who create it), it’s fascinating to see that something as riddled with problems as Twilight can not only exist in its second life, but thrive. It says something profound about our culture’s ability to have negotiated readings with art. No one has accepted or even forgotten Meyer’s portrayal of her Indigenous characters, Edward’s possessive and manipulative behaviour, or Jacob’s outright sexual assault of Bella in Eclipse. Rather, the modern-day Twihard embraces Twilight the way many Gleeks embrace Glee, as a bizarre relic of a different time, one they can’t help but go home to, even as they roll their eyes over passages they once found romantic.

Wizened Twilight fans know better now, they know they were misguided by Meyer about, well…about a lot of things. Newer, younger Twihards caption their Instagram posts with links to support the Quileute tribe, and preface their discussions of Jacob with sexual assault content warnings, having grown up in a world where education on social issues was more readily available for pre-teens than it was in 2005. The Twilight renaissance didn’t happen because everyone learned to love Twilight, it happened because they learned to forgive it.
Twilight Saga

A silent friend for all times