London needs to be better for pedestrians 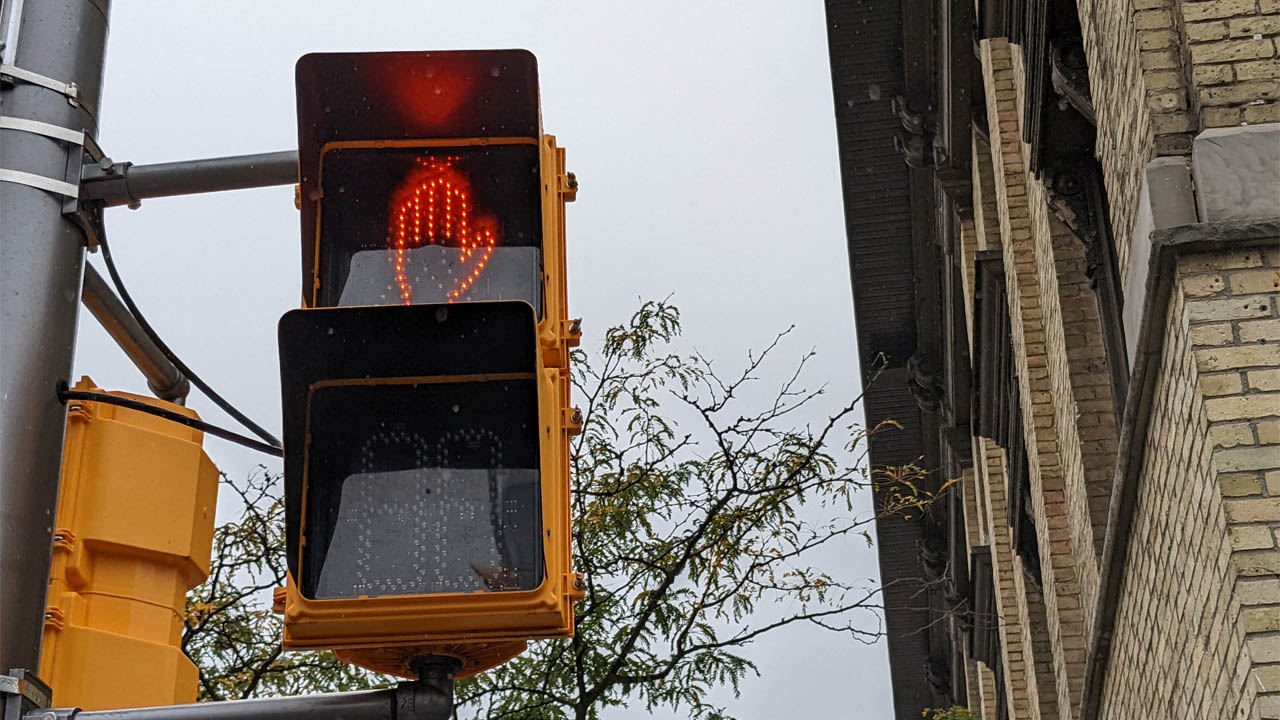 CREDIT: BEN HARRIETHA
Make sure to pay attention to pedestrians while driving. We don't have two tonnes of metal to keep us safe.

This is a conscious decision on my part, as they’re expensive. I can’t afford the insurance on a nice vehicle and I can’t afford the potential repair costs a junker would come with. On top of the cost of the vehicle itself, I’m under the age of 25, unmarried, and while I identify as a non-binary person, my license still has that big “M” on it. Insurance companies look at me and say, “Woe! $450 a month for car insurance be upon ye!” (Not an exact quote but you get the picture). For the past three years, I’ve commuted through London as a pedestrian, taking the bus, skateboarding, or walking. It had its good and bad moments. I love walking downtown during the summer, the vibes there are immaculate. On the other hand, winter as a pedestrian sucks; no one will argue that. With that experience, I say this in earnest: this city needs to do better by its pedestrians.

London is only walkable if you live in a few select neighbourhoods, such as Wortley, Downtown, or Cherryhill. Certain other areas are “walkable,” in the sense you can physically walk to the closest grocery store, but it won’t be pleasant. And the other neighbourhoods? Good luck.

For example, I used to live in Argyle. A major road in that section of town is Clarke Rd., which has four lanes total with a speed limit of 60 km/h. In order to get to my previous job, I would have to walk five minutes past the workplace in order to cross the road at the closest intersection.

It was also a 30-minute walk to the nearest grocery store. Again, the issue of having unsafe or no bike lanes at all is prevalent here as well.

The dangers of being a pedestrian are also something that weighs on my mind. Too many times have I had close calls while riding my skateboard down a non-separated bike line. Too many times have I had the right of way while crossing the road, yet nearly been hit by a driver not paying attention on multiple occasions. Some would have been just bumps, but one instance had a large SUV nearly flatten me, due to the driver being on her phone.

Earlier in September, Fanshawe student Jibin Benoy was struck and killed by a driver while biking home from work.

The 29-year-old was an international student from India, planning on bringing his wife to Canada to start a life here. This is just the latest in a string of similar stories. Something needs to be done.

How many times can we see the headline “Pedestrian struck and killed” before we realize that this city has a problem? How many lives can be lost before action is taken to protect the pedestrians of this city? How many close calls can I have?

I’m not asking for London to ban vehicles, or to make driving in this city harder than it already is. I just want to know that when I leave my house to walk to work, it’s not going to be the last time I do.
Editorial opinions or comments expressed in this online edition of Interrobang newspaper reflect the views of the writer and are not those of the Interrobang or the Fanshawe Student Union. The Interrobang is published weekly by the Fanshawe Student Union at 1001 Fanshawe College Blvd., P.O. Box 7005, London, Ontario, N5Y 5R6 and distributed through the Fanshawe College community. Letters to the editor are welcome. All letters are subject to editing and should be emailed. All letters must be accompanied by contact information. Letters can also be submitted online by clicking here.
London News Pedestrians Safety