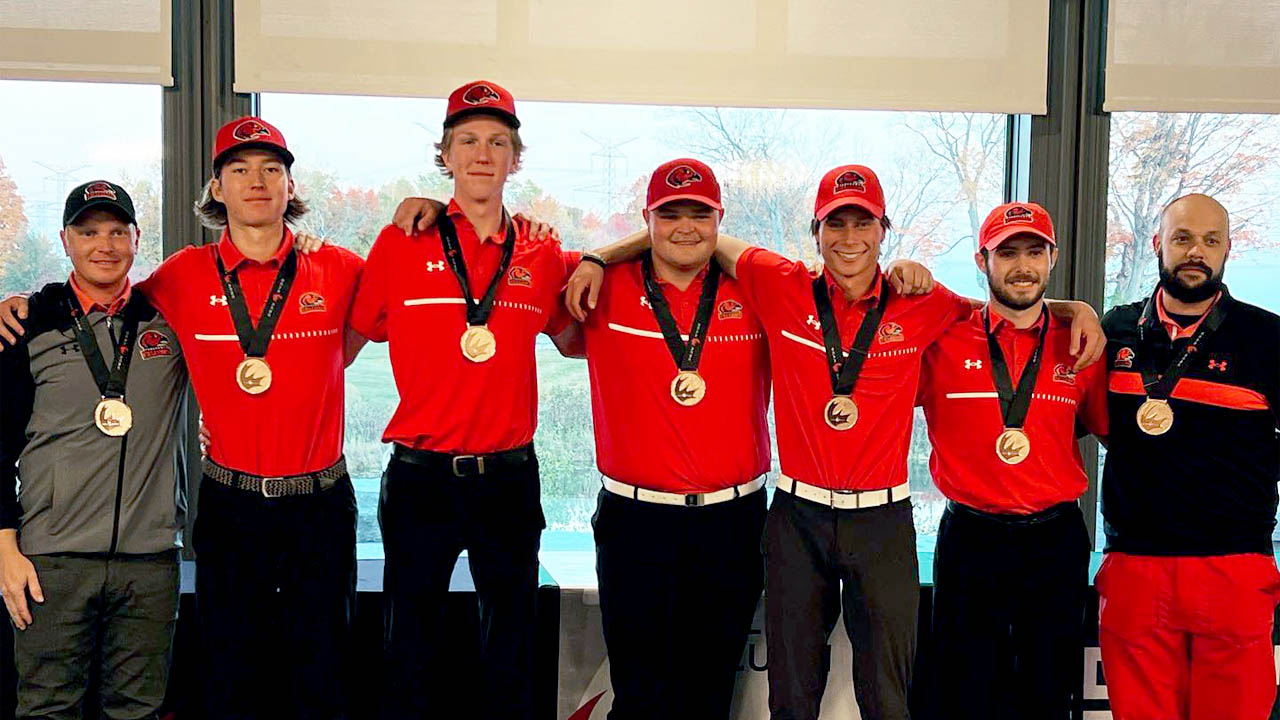 CREDIT: FANSHAWE ATHLETICS
As a team, Fanshawe finished with a four-day team total of 1225 (+89).

The Fanshawe men’s golf team was able to bring in the program’s first ever national medal, winning the team bronze during the CCAA National Golf Championship at Deer Creek Golf Club in Ajax. The tournament took place between Oct. 18-21.

Mitchel Hampson, from Mitchell, Ont., also won the men’s individual silver medal, which is his second consecutive individual CCAA honour and the best individual finish in the history of Fanshawe golf.

Hampson led the Falcons with a four-day total of 293, setting a new Fanshawe record for best CCAA tournament score, previously set by Thomas Code in 2018. Hampson posted rounds of 72, 73, 75, and 73 for a score of +9, good for second place in the nation. He was named a CCAA All-Canadian for his impressive performance throughout the tournament. Teammate Ben Landers, from Delaware, Ont., finished tied for 12th with a score of +19.

“The big difference is the amount of time and the amount of effort that has to be put into the mental side of the game,” Roberson said. “Anyone can go out and shoot a good round of golf with their buddies and have a good time, but when it comes down to competition, those nerves are something that you have to battle.”

With the team wrapping up their season, Robertson reflected on the men’s season overall.

“I think regardless, and this might sound a little cliché, but regardless of the results on the golf course, they can hang their hat on the fact that they carried themselves with incredible integrity. They have a great sense of leadership about them as well and great characters.”

The Humber Hawks took the gold for the team events with a four-day team total of 1192 (+56) and the André-Laurendeau Boomerang took home the silver with a total of 1212 (+76).

Robertson, who led the team through this incredibly memorable year, mentioned how his team differed from others on the green. “I don’t always tell them about that, but there’s a key difference between our players and some of the ones we play against. They really reel themselves in and are very selfless, I find, always helping and encouraging other players even if they aren’t on our squad.”

The National medal comes after the team took the gold at the 2022 OCAA Provincial Golf Championship at the Legends on the Niagara Golf Course last month. The team won the provincial championships for the first time in 30 years, with their previous win coming in 1992.
Athletics CCAA Fanshawe Falcons Golf