Why do we cheer for the underdog? 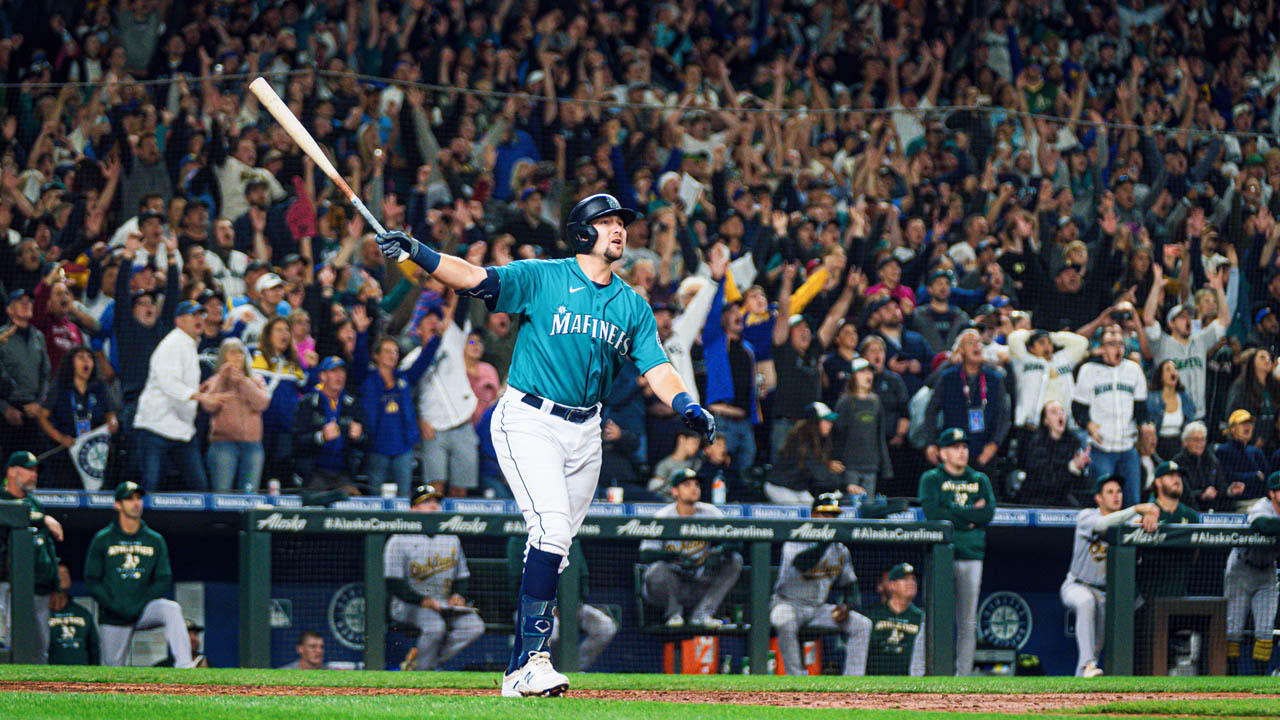 CREDIT: SEATTLE MARINERS/MLB
The Seattle Mariners were an unexpected underdog in this year's MLB postseason, thanks to Cal Raleigh's walk-off homer to clinch the wild card spot.

The definition of underdog according to Merriam-Webster is “a loser or predicted loser in a struggle or contest.” The underdog fantasy calls back to ancient stories like David and Goliath, where the clear loser ends up winning against what was thought to be the clear winner.

In sports, there’s many examples of the underdog fantasy. The 10-6 New York Giants winning Super Bowl XLII against the then undefeated New England Patriots. The 1969 New York “Miracle” Mets, who won the World Series after never finishing over .500. And the most famous, the 1980 men’s US Olympic hockey team, or “The Miracle on Ice.” The team made up of mostly rookies went up against the Soviets, a team made up of all-stars who had looked undefeatable to that point. And yet, the Americans were able to clinch a 4-3 win.

People love the underdog. My favourite sports team, the Seattle Mariners, are consistently an underdog and the tantalizing possibility of the team going all the way is what keeps me cheering for them. Mike Stubbs, radio play-by-play for the London Knights and host of London Live, said that’s the main reason we cheer for the loser.

“We always like The Little Engine That Could story. It’s the little engine trying to pull all of the cars up the hill. And next thing you know, it makes it up the hill. It's that, ‘Hey, this may not happen, but maybe it will.’ And you see a little bit of yourself in it,” Stubbs said.

On the flip-side of the underdog phenom, people love to dunk on the obvious winner. Sports leagues always have a dominant team that tends to shift over the years; the Tampa Bay Lightning have been a consistently good hockey team for the past decade, the Golden State Warriors had a dominant run in the NBA. But few teams can match up to the greatest “overdog” of them all; the New York Yankees.

“They’re the team that’s always expected to win. And when the New York Yankees have a bad season, it’s something that people revel in, they enjoy seeing the Yankees beaten out, it’s kind of that good versus evil,” Stubbs explained.

Fans of these types of teams tend to enjoy the feeling of a win, and there’s nothing wrong with that. But when these teams lose, it’s a chance for the underdog teams to have a shot at the win. It also knocks braggadocious fans down a few pegs, which is always nice.

Canadians especially love an underdog. Our national sport of pride, hockey, hasn’t had a Canadian team win the cup since the Montreal Canadiens in 1993. For the last 30 years, every hockey team in Canada has inherently been an underdog, which Stubbs said fits perfectly within our culture.

“We’re the ones that are always saying sorry, we’re the ones that don’t have that swagger, that ego, the confidence. To see your team going and do something that they weren’t expected to do, it’s always a little bit more special. Canadians like to put in that honest work.”

He added that the only exception to this rule is any of our national hockey teams, which we expect to win.

However, there is a darker side to the underdog. Sports betting has recently become much easier to get into, with apps that make the process quick and simple to put a few bucks on the underdog. You could double your money, but the more likely outcome is that you lose that money.

“It’s so easy to chase. And it’s so easy to lose, because it’s designed for you to lose. It’s only five bucks, but for the year, it’s 1,500 bucks. Where does that start to really hit somebody in the pocketbook? When do they up that five to 20?”

While sports gambling has tainted the underdog story, no one can deny the magic of seeing a team that, by all accounts, should lose, win it all. It’s about beating overwhelming odds to claim victory, and in today’s world, that’s all too relatable.
Baseball Gambling Underdog

Sustainability Today: Poverty must be dealt with, immediately