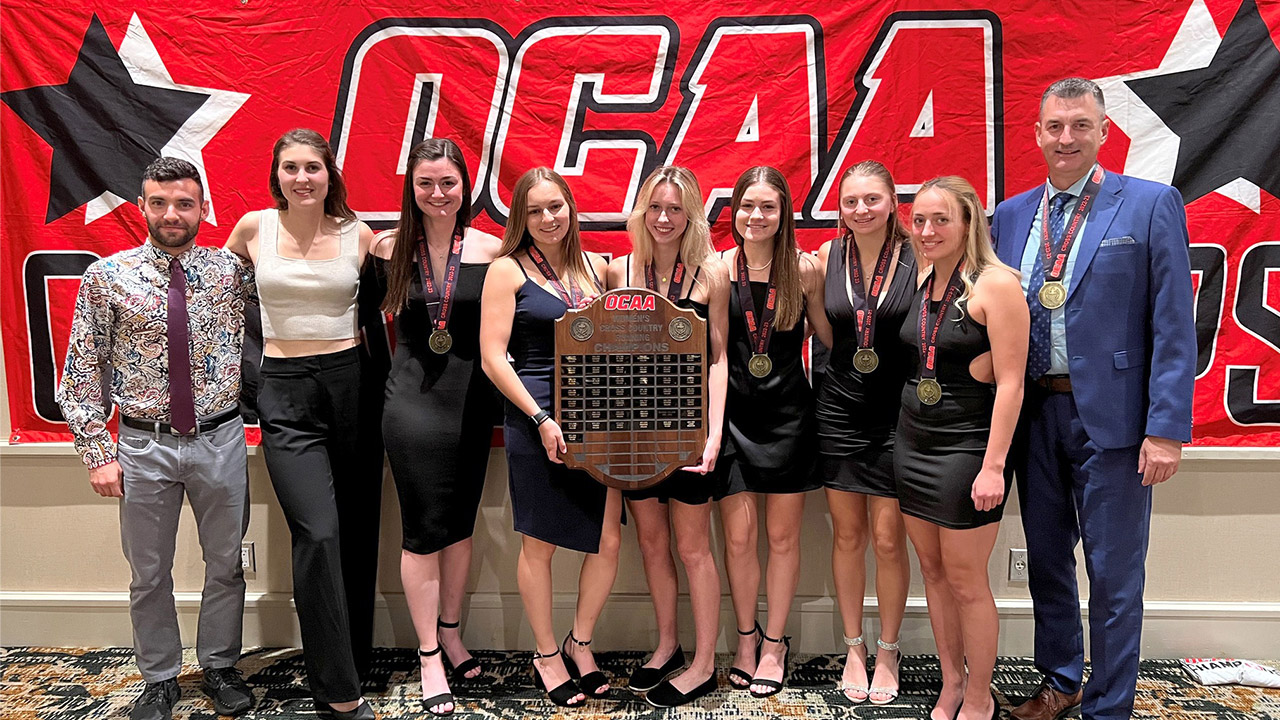 The teams both started in Thunder Bay as the Fanshawe Falcons cross-country teams competed in the OCAA provincial championships hosted by Confederation College.

The Fanshawe women’s team highlighted the weekend, capturing OCAA gold in the six-kilometre race, with a score of 29. The team finished 20 points ahead of St. Clair, who finished with the silver.

Katie Rice, from Ingersoll, Ont., led the Falcons and captured individual gold with a spectacular time of 24:56. Samantha Reidy, from London, Ont., also had an impressive finish with a time of 26:59 and finished in seventh place overall at the event. Teammates Katie Funk, from Bancroft, Ont., and Brooke Jez, from Teeswater, Ont., finished 14th and 15th respectively. Rice and Reidy were both named to the Women’s All-Ontario first team and Funk to the second team.

The men’s team did well at the provincial championships as well, claiming the OCAA silver medal in their eight-kilometre race. The team finished with a score of 24, just three points behind St. Clair.

With their win, both the men’s and women’s teams were able to move on to the CCAA national championship, which took place over the Nov. 12 weekend in Medicine Hat, Alta. The Fanshawe men’s team highlighted the event, capturing the national silver medal.

The team finished in second place in their eight-kilometre race with a score of 49, finishing only four points behind champion SAIT.

The women’s team came out of the event successfully as well. In their six-kilometre race, the Fanshawe women finished ninth in the nation, with a team score of 145. Rice led the Falcons with an excellent race time of 24:14, good for 10th place overall. Teammates Reidy, Jez, and Funk finished 40th, 46th and 49th respectively.

The teams, now having wrapped up their cross-country seasons, move into the offseason.
Cross Country Fanshawe Falcons OCAA