Say it with a bang submission: Why Dogrel by Fontaines DC is my favourite album of all time 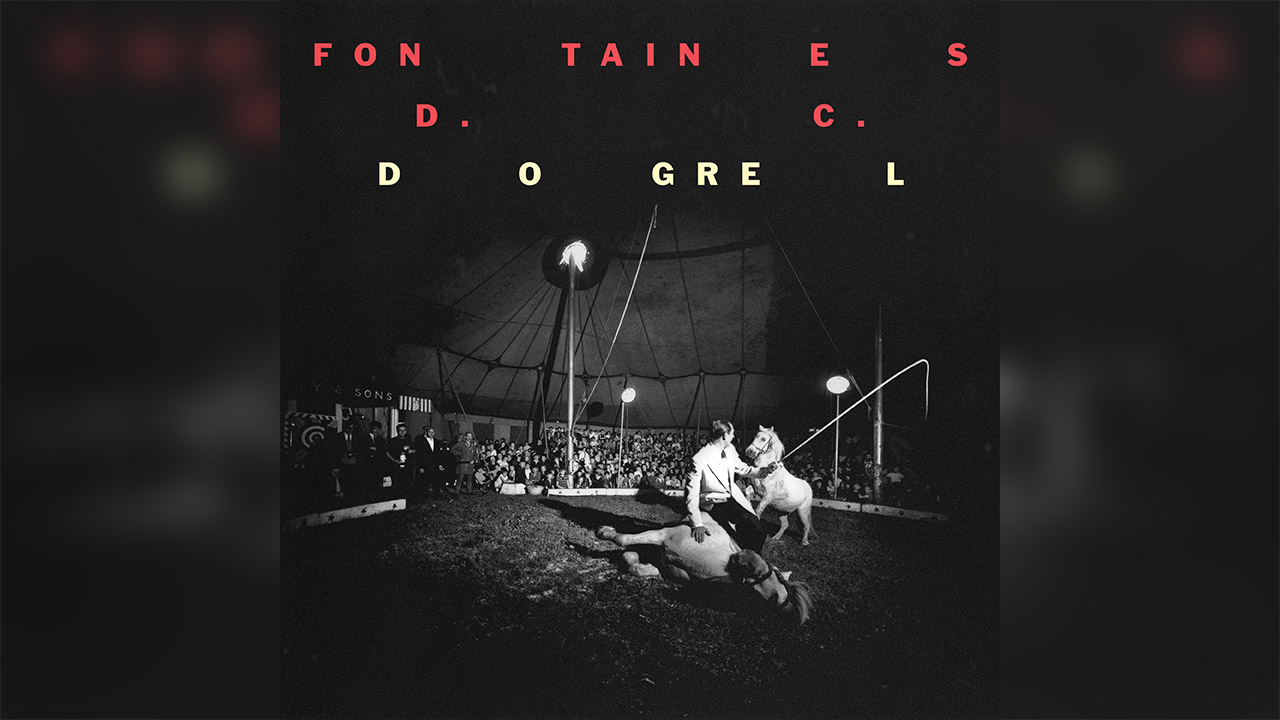 CREDIT: PTKF
Dogrel is the first piece in the discography of a band that speaks of this generation's social ills, while keeping their art in the tradition of writers and musicians which came before.

To put it briefly, Dogrel by Fontaines DC is my favourite album ever.

Ever since I picked up a copy of it last October, I’ve been obsessed with it. Even as I sit down to write this, over a year later, I still feel a fresh excitement when I hear the opening notes of the record. Tracks one and two, “Big,” and “Sha Sha Sha” respectively, introduce us to the band at their most energetic. The guitars are gritty and dirty, the bass is thick and melodic, and the drums pound away as if they’re desperate to break through the noise.

While the instrumentals alone are able to create earworms, they’re only enhanced by Grian Chatten’s lyrics and delivery. Who knew that raw post-punk would sound so good with a heavy Irish accent on top of it?

The playfulness of the first two tracks becomes aggressive and impatient on track three, “Too Real.” The instruments no longer create independent melodies and rhythms; they’re now focused on creating an atmospheric, maddening soundscape. Chatten, backed by this hodge-podge of noise, beckons to the listener of how one can take advantage of youthful discontent.

Track four, “Television Screens,” disregards all of the aggression, opting for honesty instead. The song is much more melodic, and the lyrics swap out the satire for earnestness. This is where the band begin to show their melancholic side, while the instrumentals work away just as hard as they have been until this point. Now, however, they work to provide a soothing melody, compared to the uncontrolled noise of track three. This gentle-handedness slowly wears away for the final verse, where the lyrics are shouted, rather than sung, and the drums build up the climax of the song. This also happens to be one of my favourite songs ever, by the way.

Track seven, “The Lotts,” is incredibly remarkable, albeit sombre in tone. It’s brooding, but the band doesn’t create this broodiness by themselves; other post-punk bands of the past are definitely an influence, as this track is so effective due to the elements which the most influential post-punk bands are known for. Of course, the bulk of why this song is so good comes from Fontaines and their own musicianship; the drums reserve themselves, while still being punchy, the guitars are sparingly used, and this creates more space for the band, which is skillfully used as needed. Chatten abandons the spirit of his previous lyrics, and demonstrates a resignation which is haunting after the listener becomes used to his energy.

To end off, let’s take a look at the uncontested climax of the record, “Boys In The Better Land.” Track 10 oozes with adrenaline, enough to rival Bruce Springsteen’s “Born To Run” or Paramore’s “Misery Business.” It rouses imagery that describes one escaping where they came from, with the hope of a better life elsewhere.

Fontaines DC really treats that desire with a seriousness, despite the lyrics being satirical in nature. That theme of relocation and freedom is integral to the band’s work, and that’s precisely why I praise this record so highly. Dogrel is the first piece in the discography of a band that speaks of this generation’s social ills, while keeping their art in the tradition of writers and musicians which came before.
Editorial opinions or comments expressed in this online edition of Interrobang newspaper reflect the views of the writer and are not those of the Interrobang or the Fanshawe Student Union. The Interrobang is published weekly by the Fanshawe Student Union at 1001 Fanshawe College Blvd., P.O. Box 7005, London, Ontario, N5Y 5R6 and distributed through the Fanshawe College community. Letters to the editor are welcome. All letters are subject to editing and should be emailed. All letters must be accompanied by contact information. Letters can also be submitted online by clicking here.
Music Music Review

Oh my God, please don't stand in the hallways