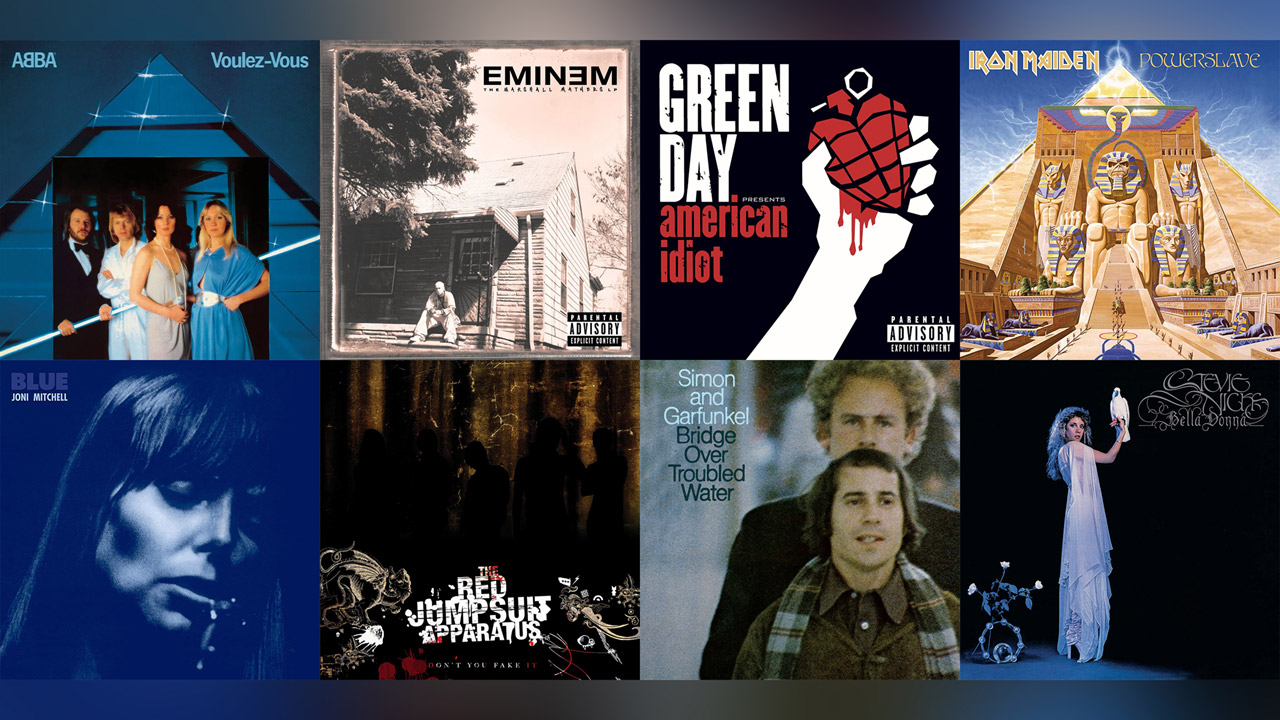 This edition of the Rewind will be a special one for our Arts and Music issue, where we’ll be taking a look at the Interrobang team’s favourite classic albums.

A masterpiece in every sense of the word. Powerslave is non-stop hit after non-stop hit. Not a single song on this album is a skip. Metal excellence from front to back. Favourite song has to be “2 Minutes to Midnight;” it’s the lead single for a reason. It’s got a great chorus and the riffs are so iconic. The lyrics of stopping the Antichrist from being born, while also referencing the horrors of the war machine are rad as hell. A must listen.

I grew up knowing many Simon and Garfunkel hits, including the title track of this album. The lyricism on songs like “El Condor Pasa (If I Could)” and the horns on songs like “Keep the Customer Satisfied” will be what keep you coming back time and again.

Paul Simon really popped off when he wrote “So Long, Frank Lloyd Wright.” The tension between Art Garfunkel and Simon was well documented, and this album marks their last outing as a duo. The song references the famous architect, a not-so-subtle dig at Garfunkel, who studied architecture himself. All the interpersonal drama aside, it’s a beautiful song with a haunting melody featuring varied rhythms and syncopations that will leave you humming, “so long...” till dawn.

This album has so much nostalgia attached to it from my preteen and teen years when I listened to it religiously. Still love a good Green Day song, but definitely don’t listen to them as much as I used to!

It’s a departure from the Slim Shady persona and more of a criticism of pop culture. He’s much more introspective in this album. The lyrics had a lot more shock factor and relevance, making it his best lyrical work. So many good singles too.

“The Way I Am” is probably my favourite. It has the commentary on fame and the media that I think makes this album such a good listen.

From the onset of the title track through to the close of “Smooth Criminal,” it’s a cocky, sassy, funky ride that brings out the best of both MJ and producer Quincy Jones. Easily the apex of Michael Jackson’s recording career. My favourite track off the album is “The Way You Make Me Feel.” Blast that through your earbuds next time you go for a walk and you’ll be two inches taller. Yes, it’s that uplifting.

This album is chock-full of brilliant songs, many of which are stylistically different from each other while remaining within the same genre. “Angeleyes,” “I Have A Dream,” “Chiquitita,” and “Voulez-Vous,” are just some of the spectacular songs.

My personal favourite track on the album is “Angeleyes.” Great message of looking inside people’s appearances to see their true intentions, great instrumentation with the piano, strings, and vocal harmonies. On top of that, their voices just sound great.

This album has a special place in my heart; it’s my go-to album when I’m in a lot of moods. I find I like to listen to a lot of music from the past compared to newer artists and albums.

This album reminds me of my childhood, simply because it was released when I was still under the age of 10 and my older sister would always have this playing. Whilst this album might not be for everyone, the nostalgia that this album brings back to me is unlike any other.

My favourite song from this album is probably “Your Guardian Angel” with a very close runner up of “Face Down.”

It’s one of the best singer/songwriter albums ever. Joni tunes her guitar away from the technical, emphasizing her self-taught background. You can really feel the emotion throughout the album, as if Joni and her guitar were one instrument. The guitar is like a vestigial organ for her.

“Case of You” is my favourite song. It’s a masterclass in what an artist is at its core. You don’t listen to that song so much as you are absorbed into it. It is a sentient being all on its own.
Editorial opinions or comments expressed in this online edition of Interrobang newspaper reflect the views of the writer and are not those of the Interrobang or the Fanshawe Student Union. The Interrobang is published weekly by the Fanshawe Student Union at 1001 Fanshawe College Blvd., P.O. Box 7005, London, Ontario, N5Y 5R6 and distributed through the Fanshawe College community. Letters to the editor are welcome. All letters are subject to editing and should be emailed. All letters must be accompanied by contact information. Letters can also be submitted online by clicking here.
Music Music Review

Say it with a bang submission: Why Dogrel by Fontaines DC is my favourite album of all time

How video game music evolved through the decades