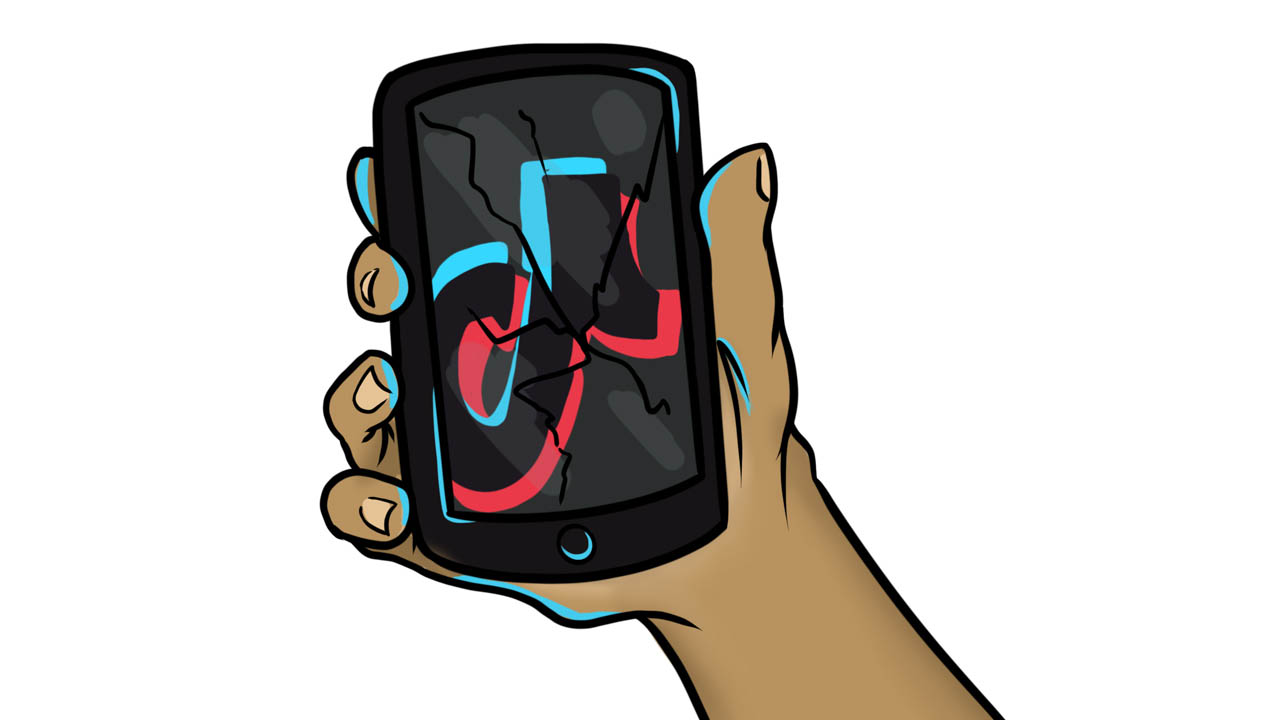 CREDIT: NINA HEPPLEWHITE
TikTok can be an easy app to spend a lot of time on because it's all in the power of one swipe of your digital device to keep the entertainment going.

It’s not uncommon for people to be connected with Instagram, TikTok, Facebook, and other social media platforms. Some people use these apps as a marketing tool to build their businesses, others may use it as a way to stay connected with their friends and family. With social media being so accessible, the question stands of whether or not it is negatively impacting daily life. Former Fanshawe student Beth Eames explained her reasoning behind deleting TikTok.

“I would find myself using TikTok just as a way to fill space of boredom,” Eames, 20, said. She realized she could replace an hour on TikTok with something that added value to her life. Eames indicated that since deleting the app, she has become more productive and has even increased her reading.

“With TikTok, it was making my attention span shorter because I was scrolling through such short bursts of entertainment,” Eames said. Although she knew it was “quite normal” to make comparisons to people on social media, she said TikTok was worse because it was a constant stream of seeing an overwhelming amount of people.

“Sometimes I like to sit down and watch a movie or a show, and I don’t mind doing that because I know it has an end time and it’s also a lot longer for your attention span to focus on something,” Eames said.

TikTok can be an easy app to spend a lot of time on because it’s all in the power of one swipe of your digital device to keep the entertainment going. Eames expressed that it would be beneficial for college students to try taking a “TikTok cleanse” for a week or two and see how they feel.

Registered psychotherapist, Shirley Porter, shared her professional point of view on how social media use can impact college students negatively in terms of mental health.

“There’s a lot of pressure and unfortunately some belief that people are exactly as they show themselves on social media,” Porter said.

Porter further explained that social media can depict a “distorted” view of reality, whether they are using pre-made filters to present themselves differently or a “natural filtering” of only sharing what they choose to present. She noted that it can be hard for college students to see these posts of people living a flawless life and believe in the misconception that they don’t face struggles.

“It is very distorted in terms of not presenting a whole picture of a person or what’s going on in their lives, and yet some people aren’t aware of that,” Porter said.

With social media platforms being easily accessible for everyone, it can cause people to compare themselves with what they are seeing online. Porter explained that this can heighten anxiety and can “dysregulate” their emotions.

Porter acknowledged that using social media isn’t bad for everyone. She explained that there are people who can “take it and leave it” and understand that what they are seeing online isn’t a reflection of reality. For others, though, it may benefit them to reduce their use of social media.

She added that finding the right balance for yourself in terms of social media might be the key. She gave the example of trying to not use social media as soon as you wake up and see how you feel. There are many ways to cut back on social media, it’s just finding what you like to do in order to replace that time.

International students celebrate their own holidays during winter break