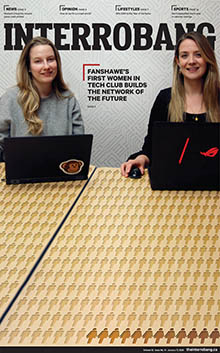 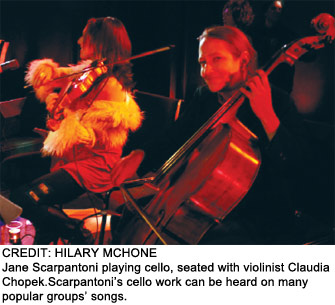 
I write about random things a lot. I write a lot about random things. The world of recording music is a funny place; while a certain level of celebrity is always closely scrutinized, it happens all too often that real artists go unnoticed in the heyday of creating music.

One such artist is Jane Scarpantoni, a classically trained American cellist that made a name for herself among the New Jersey rock scene of the 1980s, which would lead to her becoming the most prominent and sought-after recording artists in the alternative music movement of the 1990s and beyond.

Very little information exists on the Internet in regards to Scarpantoni, and she hasn't given many interviews, a testament to the fact she's successfully laid low in the music world and allowed herself the opportunity to focus on the art — no small feat in the industry in the past 20 years.

Scarpantoni graduated from New York's Colgate University in 1982, but her path to stardom and credibility in the world of alternative music began when she joined Tiny Lights, a jazz/folk fusion group based in Hoboken, New Jersey. The group released seven albums from 1985 to 1997, and toured the United States extensively during their career. No other member went on to as fruitful and varied a career as Scarpantoni.

The key to Tiny Lights' success was their improvisational nature — that musical landscape, plus the opportunity to play to her personality and vision, allowed Scarpantoni to sculpt out her own signature sound. And it was that sound that would catch the ear of the alternative machine, just as grunge exploded in the early 1990s and caused the new wave of alternative music.

The timing of the whole situation couldn't be more crucial to the story, or beneficial to Scarpantoni as an artist. Consider that grunge was all about the rise and maturity of Generation X, and that the movement was all about authenticity and credibility — the new rock stars were regular people, people to whom the listening audience could relate.

To this day, Scarpantoni still works with acts like Blonde Redhead (2004's Misery Is A Butterfly), Crash Test Dummies (2004's Songs Of The Unforgiven) and Ray LaMontagne (2006's Till The Sun Turns Black).

In a rare interview back in 2003, she spoke to Francis Dutton of Blu FM in Australia about her musical background, dispelling the rumour that she grew up disliking rock music. "I was like any other kid, 'cause I listened to Beatles and Led Zeppelin, and Velvet Underground ... I was such a big Lou Reed fan, you can't imagine what it's like to be playing with him!"

"It's amazing, I never thought playing the cello would get me … there," she continued. "You can rock on those things. A lot of people don't know it, they go, 'Oh, ooh, the cello,' and I was like, 'I'll show you something.'"

For some specific examples of Scarpantoni performing, see the Music Recommendations thread in our FSU social network. I've posted several videos to allow you a chance to hear the type of sweeping, interesting string work that Scarpantoni has built her career on, and I highly recommend you see them.

Further, don't forget to check out (@FSU_Bobbyisms) on Twitter for all the latest in music news, views and downloads. I'm out of words.