Academic cheating on the rise at Fanshawe since 2001


Everyone knows that cheaters never prosper, but here at Fanshawe the number of “academic offences” among students is on the rise.

The fifth annual Fanshawe College Academic Dishonesty Report found the percentage of cheaters in 2004/05 has doubled since the 2001/02 school year. In fact, the number of offences has climbed continuously over the past nine years, with only 2000/01 being an exception.

In 2001/02, 0.9 per cent of the student population were caught cheating on either assignments, examinations or abetting an academic offence, while last year 1.8 per cent of students were caught. 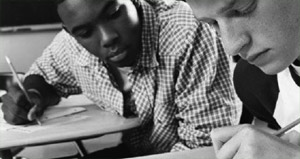 Last year alone, 209 academic offences were filed, mostly associated with copying the work of another (including electronic files) in an assignment, report or project or plagiarizing without citing appropriate reference.

The report, submitted by Fanshawe's Ombuds Office, collaborated information from the Registrars Office, Department of Institutional Research and Planning and Turnitin.com, an academic tool used to check plagiarism on assignments.

The Building Technology Division recorded the highest amount of academic offences last year, with 67 students caught cheating. That number is up by 28 compared to the pervious school year.

“We have a lot of computer use. A lot of opportunity for students to copy files… it's very easy for them to [cheat],” Fleisser said. “We as a division have made a concentrated effort to make sure no cheating was going on.”

Fliesser added that Building Technology teachers have gone as far as checking key strokes on computers to see if students have violated the academic code.

“I give kudos to my teachers for being so diligent,” said Fliesser. “ We are trying to maintain academic integrity.”

In general, Fliesser said the cheating students are first time offenders and have just “over stepped the boundaries of collaboration” on assignments.

Fanshawe's Ombudsperson, Ian Darling, agrees with Fliesser in respect to students misunderstanding the role of collaboration on assignments.

“Some teachers haven't been the most clear in their expectations with collaborations,” said Darling, which then results in an academic offence and most students are unaware they have done anything wrong.

“I personally feel the number of offences at the college are underreported,” said Darling. “At times they are dealt with in another way.”

According to the report, Darling's speculation is supported by statistical information.

An Instructional Feedback Survey, also included in the report, found that anywhere from three to 12 per cent of students say cheating occurred in a course they have taken. Meanwhile only 1.8 per cent of the student population are actually caught and reported to the numbers submitted to the Registrars Office.

The Business Studies Division had a total of 27 academic offences in 2004/05, which is down from 41 the division has had previous years.

David Belford, Chair of the Business Division, said those numbers are high because his division houses 1600 students and the most instances of cheating occur on assignments.

Although the General Studies division, which also has high enrollment numbers, only recorded nine academic offences last year. General Studies also has the highest student and teacher participation in Turnitin.com.

Belford said his students rarely use Turnitin.com because it doesn't apply to many of the courses, but said it would be a useful tool if applicable.

Darling recommends the college take a more preventative role in academic offences to ensure the number of students cheating decreases over time.

In most first case offences for cheating the instructor will report the incident to the Registrars Office and fill out the appropriate forms. Penalties may include a reprimand, a mark of zero, re-taking the test or assignment or a failing grade in the course.

“In most cases the teacher will give a zero on an assignment,” Fleisser said about the penalty given to students who cheat. Although both Fleisser and Belford agreed that it was up to the individual instructor to decide on the appropriate punishment.

“In most of the cases I will end up talking to the student myself,” Belford added.

For those students who are caught cheating a second or third time the Fanshawe College Policy Manual recommendations suspension or expulsion.