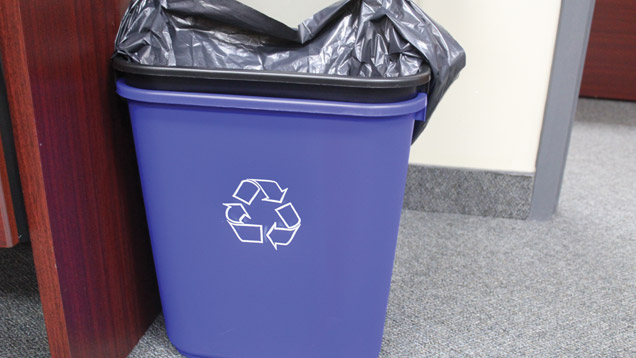 CREDIT: JESSICA THOMPSON
Civilians and businesses sorting recyclables correctly could save the city $250,000.

Over recent years, London’s recycling program has seen an increase to its services, from the introduction of newer, larger, blue boxes made from recycled plastics to allowing more forms of plastic and paper into the recycle stream. This includes everyone’s favourite Tim Hortons’ cups. But what actually happens to your fliers and pop cans after they’re picked up, and why does the city state it’s costing almost $250,000 for improper recycling?

Despite the ongoing worker strike at city hall in July, London’s Director of Environment, Fleet and Solid Waste Jay Stanford was available through email correspondence to answer some of the questions surrounding the world of recycling.

In regards to the $250,000 question, Stanford says it covers improper recycling.

“That represents the added cost of sorting materials to remove contamination [and] to get the materials into the correct stream,” Stanford said. “Leaving pop in bottles, throwing paper and cans together in the same blue box and thinking styrofoam is recyclable; all of these add up.”

While $250,000 may not seem like much in the city’s annual budget of $116 million, but when the total cost of running the recycling program is $1.8 million, you’re looking at human error eating up almost 14 per cent of annual operating costs.

The Forest City’s recyclables are processed by companies like TRY Recycling Inc., a local recycling business located just northeast of the city, which ships out its semi-refined materials to other markets around North America. Stanford says that close to 80 per cent of recycled materials stay in Ontario, while the rest is sent to Quebec and the United States.

The different materials are shipped to various locations because the city’s actually selling these as a base product. So aluminum cans are melted down into car parts and pop cans, while paper products can be given second lives as cardboard boxes, food containers and more.

Individuals do this too, just on a smaller scale. Think of metal collector ads you see on Kijiji. These folks are stripping and sorting through their products, and selling it back to places like John Zubick Limited, a metal recycling company located in the south end of London.

The city is doing the same thing with their recycling. Sorting and selling the materials to whomever needs them as base components.

Zubick says London currently has no plans to create any citythemed tourist merchandise from the post-consumer gold.

“Recycled content products are already available in London as part of regular retail markets,” he said.

While you won’t be able to pick up a Forest City water bottle made directly from Londoners plastic anytime soon, Stanford was able to confirm that the City is currently looking into a bin system similar to Toronto’s, whose residents have large separate bins for garbage, recycling, as well as green waste.

Green waste could be a lucrative market for the city between using it for their own composting needs and selling the rest to prospective buyers around North America, Londoners current garbage could possibly become the Forest City’s new gold.

The key to all of this though is you. Londoners need become more conscious about their recycling, not because it’s costing the city an additional $250,000 a year, but because when we throw out those pop cans and newspapers we’re throwing out our city’s money.

Think twice when you toss last weeks flyers into the trash; instead they can be turned into money going towards our roads, our busses and our social services.

Good nutrition starts with you