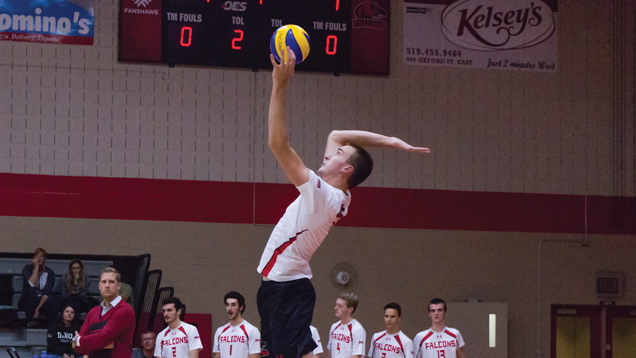 After unanimous approval by the Canadian Collegiate Athletic Association (CCAA), Fanshawe Athletics has been approved to host the 2017 CCAA Men’s Volleyball National Championships.

And out of the eight men’s teams who will be competing across Canada, the Falcons are guaranteed a spot.

“We are very appreciative of the CCAA for their support and awarding Fanshawe College this premiere event,” said Nathan McFadden, manager of athletics at Fanshawe College in a press release. “Being selected to host this national championship is a testament to the hard work done by our staff and the tremendous job by our head coach, Patrick Johnston in putting together one of the top volleyball programs in the country.”

For Johnston, the opportunity to host the championships is huge for the exposure of their volleyball team, Fanshawe and London.

“I’m thrilled that Fanshawe has been given the opportunity to host the CCAA National Championship next season,” said Johnston in a press release. “It’s huge for our program and the volleyball community in London as a whole. The exposure provided by a national championship is tremendous and I’m very glad the staff in Athletics were able to secure the bid.”

“Fanshawe Athletics is committed to excellence and winning national championships,” McFadden said. “We aim to achieve both at this event.”