Fanshawe to work with Peruvian Institute 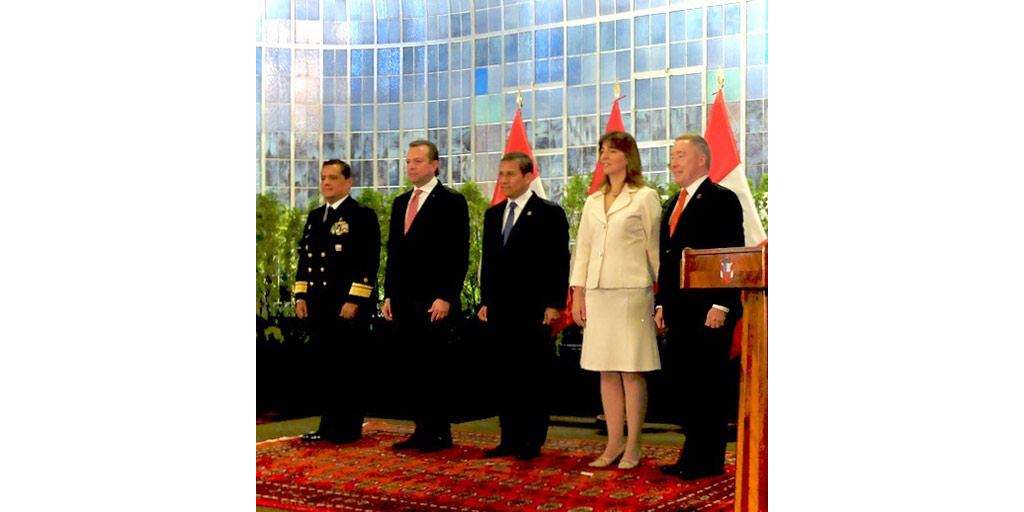 
Fanshawe and the Armed Forces Public Technological Institute in Peru signed a four year partnership on July 22 according to a press release.

The partnership, which Fanshawe president Peter Devlin signed while in Peru at the Government Palace, shows the “mutual intent to work together” the release said.

According to Bruce Smith, senior manager, Strategic Initiatives and Business Development at Fanshawe, the partnership will provide a “strong working relationship between the two organizations.”

Currently, the relationship is for four years, but could extend if all goes well, Smith said.

“This new agreement will have a significant impact on international relations for post-secondary education between our two countries,” Devlin said in a press release. “Our partnership with Peru allows Fanshawe to broaden its global reach to new geographic areas of opportunity.”

According to Smith, the program will include 10 instructors from Peru who will come to Fanshawe in October and learn an intensive leadership program, which they will bring back to Peru. In January, a few instructors from Fanshawe and then head to Peru and along with the already trained instructors, will teach 55 more faculty members.

The courses at the moment vary from industrial electronics, information sciences, civil construction, industrial mechanics and automotive mechanics. Students will earn credentials from the institute for each year they complete their program and a diploma from Fanshawe, Smith said.

The whole partnership came about roughly 16 to 18 months ago Smith said, when Governor General David Johnston contacted president Devlin, while he hosted former Peru president Ollanta Humalam and the whole ordeal went from there.

The idea was for educational reforms and providing post-secondary training to young people in the armed forces, Smith said.

The deal came to a close roughly a month ago, though final details such as accommodation for the 10 individuals coming in October are still being worked out.

According to Smith, this partnership allows Fanshawe to grow “our global footprint” and from an educational perspective to be working with the “appropriate jurisdictions” with Peru.

Smith said an important factor of this deal is the “cultural exchange that occurs between instructors and professors that are subject matter expects in two different countries is certainly a value and significance to the organization.”

In turn, Peru will be able to “establish a new standard of academic delivery,” Smith said.

This will also help them “develop a stronger relationships with business and industry,” he said.

It's a win-win situation Smith said, where Fanshawe is able to “share our knowledge and experience with them [Peru] and how to develop programing that's relevant to their labour market and to develop relationships specifically with industries that participate with those factors,” he said.

The Armed Forces Public Technological Institute of Peru opened in June 2015 to meet the country's demands for professional technicians in the production sector, according to the release. Soldiers under the age of 30 who have completed two years of voluntary military services in Peru can study at the institute at no cost.

The partnership will cost roughly $700,000 Canadian.