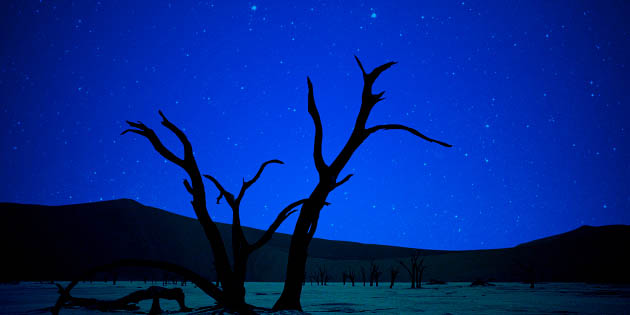 CREDIT: OSCILLOSCOPE LABRATORIES
Samsara is a film which inspires a meditative state in viewers and allows people to be truly grateful for the miracle of life.

The 2011 “guided meditation” film Samsara is a unique and thoughtfully crafted collage of gorgeous high definition footage documenting a variety of human behaviors, natural and unnatural sensations from around the world set to an intense world music soundtrack.

The film is a documentary, but one which takes an unconventional and creative approach by refusing to focus on any one particular theme, instead leaving it up to the viewer to derive personal meaning and to arrive at their own conclusions.

This isn’t to say that the film is without an agenda, but that the way that it communicates ideas is far less aggressive than with a standard documentary approach. The movie simply prompts the viewer to meditate on certain issues by presenting relevant footage and letting the soundtrack suggest a mood. This formula allows for plenty of room for contemplation.

Samsara deals with many different aspects of the human experience, cultural identity, spirituality, the environment, human rights and animal rights. It captures the power and glory of the natural world with footage of awe-inspiring natural phenomenons while simultaneously exploring its ruthless indifference with natural disaster aftermath footage. The viewer is also presented with the cultural and religious practices of a host of different countries around the world. It does an excellent job at making foreign cultures seem no less strange than North America, or perhaps making North American culture seem just as strange as any foreign culture.

The cinematography in Samsara is unreal. The intense colours, swift panning, practically perfect image quality and the calculated framing of every shot helps to give the film an artful, hallucinogenic feeling.

There is no dialogue in the film, so the way in which the footage and soundtrack are combined is an essential aspect of the film’s style and functionality. The audio and video are one. One might find the soundtrack uncomfortable at first as it is made entirely of compositions in a style and language foreign to North America, however it doesn’t take long for the power of music to override this preliminary discomfort. The emotionally charged soundtrack combined with the equally emotionally charged visual material incites powerful feelings and is at times awe-inspiring, exhilarating and emotionally challenging.

Few movies are as masterfully dynamic as Samsara. The progression is as compact as can be, inciting the viewer to cycle through many intense, starkly contrasting emotions while always maintaining a totally organic flow. It is edited in such a way that the viewer has more than enough time to take in what they are looking at without lingering for so long to be tedious.

Samsara is a rare film that has the power to make you feel grateful for the miracle of life and the privileges we enjoy in North America. It successfully generates feelings of unity and empathy. It’s a heavy movie that gives you a lot to contemplate and offers a legitimate opportunity for a meaningful shift in perspective, the kind that humanity is in desperate need of and which would be a benefit to anyone.
Documentaries Movie reviews Movies

1
Are primetime award shows over?
2
Five movies to watch in 2021
3
Forest City Film Festival pitches to help southwestern Ontario film industry
4
How the Wizard of Oz became an LGBTQ2S+ classic
5
Fat shaming in The September Issue

A pleasurable surprise waiting at the back door

Gone are the girls on the train