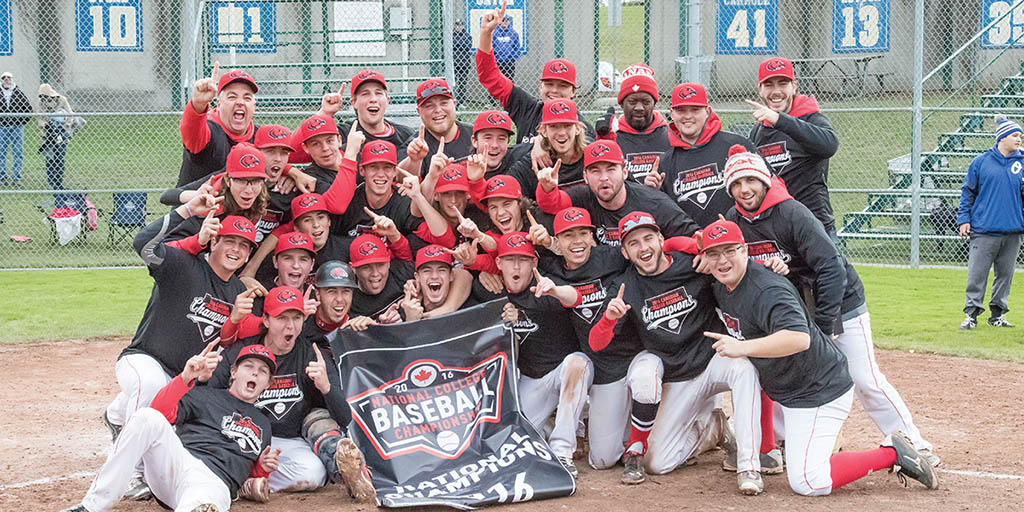 Fanshawe’s men’s baseball was crowned the 2016 National Champions Oct. 29 when they defeated the St. Clair Saints 2-1, their first national gold medal in the program’s three-year history.

This is the first league national champions for Fanshawe in 35 years, the last one being men’s basketball in 1980-1981.

“I told our guys that they needed to believe in themselves, believe in our team and believe that all the hard work we put in this season would pay off,” said head coach Brian Harvey in a press release. “I could not be more proud of our guys. They played fantastic baseball all weekend and best of all, they played as a team.”

The initial loss was followed with three wins against Humber Hawks in a 7-5 win, Holland Hurricanes a game that was 2-1 and then a 5-0 win over Durham Lords in the semi-finals.

During the tournament, there were numerous notable athletes with one being pitcher Bryan Hames, who was named the Championship MVP. Fanshawe’s shortstop Carlos Arteaja was the Gold Glove winner.

The Falcons had four other members named to the All-Tournament Team including Hames, Kyle Zimmer, second baseman Zev Weisdorf and outfielder Tyler Wood.

The tournament and the season were summed up well by captain Cody Merner.

“I’m speechless,” Merner said in a press release. “The boys came together as a family and defied all odds. I am super proud of everyone who stepped onto the field today. This is a moment we will all hold onto forever.”
Athletics Baseball Fanshawe Falcons

1
Fanshawe excels in Female Apprentice Coach Program
2
Fanshawe's cross country teams run through the competition at home event
3
What separates a sport from an activity or game?
4
Breaking racial barriers in sports
5
Why the 2021 Toronto Blue Jays were the most exciting Jays team since '93

Remembrance made extra special this year