Get to know the Indigenous community 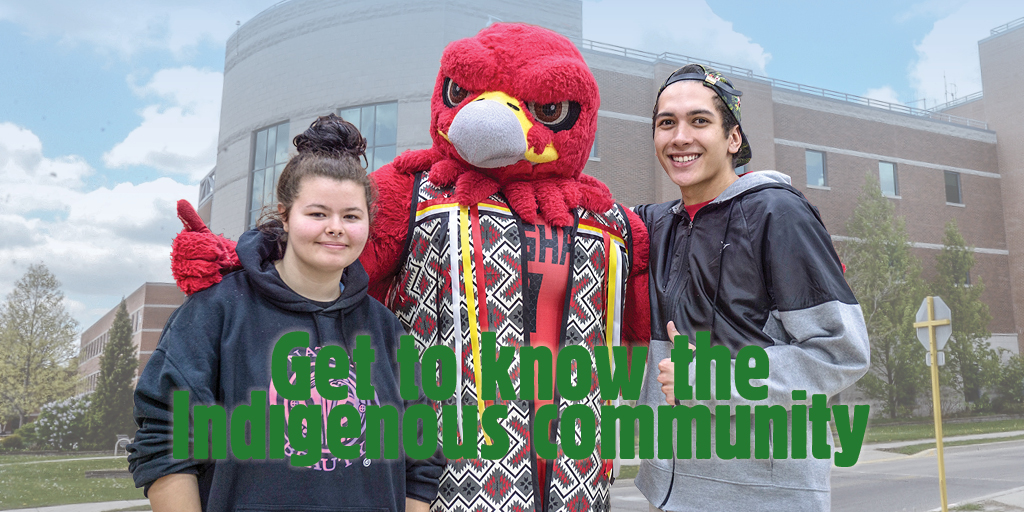 Fanshawe's First Nations Centre has been proactive connecting with the local Indigenous communities around London. According to Christine Hannah, a Student Success Advisor in the First Nations Centre, there are many indigenous communities that are just outside of London: Oneida, Chippewa of the Thames, Munsee-Delaware, Moravian, Caldwell, Sarnia, Walpole Island, and Kettle and Stony Point.

“Fanshawe has been reaching out to benefi t these communities. [We've done things] like running [summer] camps completely free. Running programs in First Nation's communities works a lot better for our students out there then for them to have to come to London,” said Hannah.

The city of London also provides services for a large urban Indigenous population. There's the N'Amerind Friendship Centre, and the Southwest Ontario Aboriginal Health Access Centre (SOAHAC). SOAHAC offers health care, mental health services, as well as child, youth and senior supports. The Friendship Centre mainly provides cultural services, ceremonies, and a healthy baby program. The Friendship Centre has services that are open to anyone, and pow-wows going on throughout the year. Elders are available at the centre to perform diff erent ceremonies: weddings, a sweat, or a moon ceremony, ect. According to Hannah there will also be an elder at Fanshawe's new Wellness Centre.

“An Elder will also be available in the quite rooms and hoteling spaces so indigenous and non-indigenous students can access services. An elder is someone you can talk to kind of like a counsellor. They offer great advice, and it's a really great way to get to know about the culture,” said Hannah.

“[In] November there [was] an event called “rock your mocks” celebrating that all indigenous people in North America wear moccasins. Internationally the event is recognized November 14. And there was an event in Forwell Hall. At the end of March we have our year end gathering pow-wow to celebrate student success, bringing in dancers and vendors to sell indigenous crafts,” Hannah said.

First Nations Status, non-status, Metis, and Inuit students are all welcomed to come in whenever and hangout and play some of the board games in their meeting room.

“Students don't need to make an appointment to come to see me. I can help with academic stuff , tutoring, I can talk to a professor. I also do a bunch of stuff student success advisors normally wouldn't delve into; like helping students to fi nd childcare, sign leases, helping people get involved with government programs as well as connecting people with cultural services in the community, and fi nding counsellors,” said Hannah.

The First Nations Centre can be used as a meeting place for students, as well as featuring a computer lab and a kitchenette, there is also an area available for smudging (a tradition of burning herbs to produce a cloud of smoke used for various prayers and rituals). If you want to fi nd out more about the First Nations Centre go to A1047 or check out fanshawec.ca/firstnations.

Have An International Experience

Have An International Experience