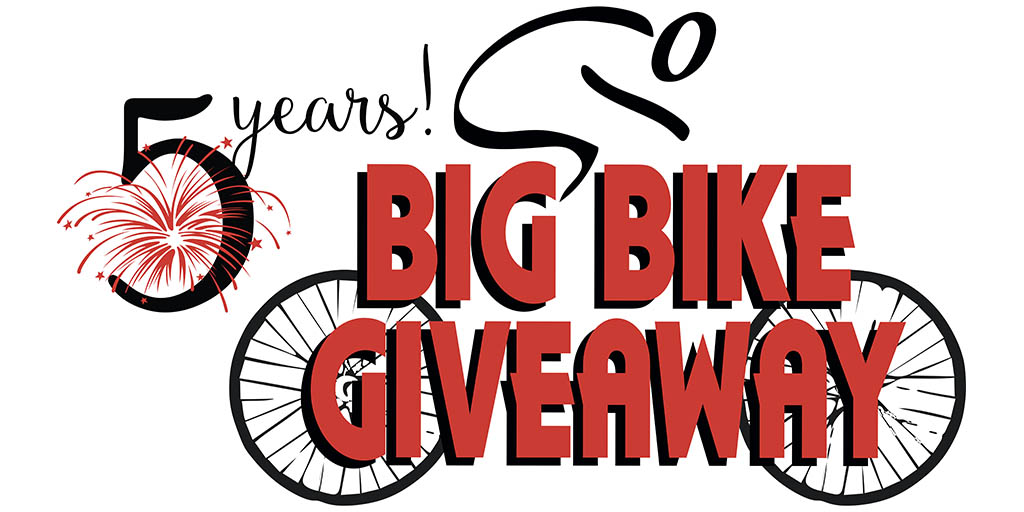 Credit: PROVIDED BY MONICA HODGSON
Monica and Shayne Hodgson celebrate the fifth year of Big Bike Giveaway and have generously donated over 1,100 bikes.

A London couple has given away free bikes to benefit the community socially, environmentally and economically. Monica Hodgson and Shayne Hodgson started Big Bike Giveaway in 2014 and have donated over 1,100 bikes in the past five years.

Monica works as the sales and partnerships manager at the Grand Theatre and Shayne runs spin-bike classes with the City of London’s Spectrum program and works for a manufacturing company in quality control.

“As far as we can remember, Shayne has assisted people with their bikes by doing repairs and helping them get into triathlons and bike racing,” Monica said. “We ran a small indoor spin bike business called Pulse Spin Studio and all the money made in our business would go to operational needs and helping others get on bikes in the community.”

According to Monica, the first year they started Big Bike Giveaway, they collected and repaired 50 bikes in their backyard.

“We ended up with a lineup down the sidewalk and around the corner and we realized that there was a true need in London for bikes,” Monica said.

According to Monica, the first mandate for Big Bike Giveaway was getting more people on bikes.

“Our mandates expanded to supporting our local neighbours when their bikes got stolen, helping those with mental health and financial hardships and aiding in the decrease of carbon emission in our city,” Monica said.

Monica said that they get their bikes from two main sources. First, Big Bike Giveaway holds community collection dates six times between May and August where people can donate their bikes to be repaired and given away. A local moving company, Two Small Men With Big Hearts, assists in transporting the bikes from the drop off point to a storage facility. “We [also] have a contract with Walmart Canada and the four London stores to receive all of their unsellable bikes,” Monica said. “When a bike is returned to a store for various reasons or it has a loose chain or faulty tire, they give the bikes to us to fix and give away.”

According to Monica, the number of benefits that a program like this is beneficial to the city of London.

“There are bike giveaways through churches or community organizations but they only give to people in a certain income bracket or if they are in a particular position in life like being a newcomer to London,” Monica said. “Although each of these people are important, we strongly believe that even the average person with a middle-class income deserves some help, too.”

Big Bike Giveaway is always looking for sponsors for the program or people to generously donate funds through a Go Fund Me page.

They are also looking for a volunteer organization to donate storage space for up to 500 bikes. To get more information on Big Bike Giveaway, visit bigbikegiveaway.ca or e-mail donate@nullbigbikegiveaway.ca.
Bikes London News

1
Black Lives Matter today, but for how long?
2
Honouring Terry Fox, 41 years after his visit to London
3
Controlling COVID is up to all of us
4
Nshwaasnangong Centre opens its doors for Indigenous children and families
5
Neighbourhood Decision Making: Bringing local ideas to life for London neighbourhoods

The pros and cons of 13 Reasons Why

2
Upcoming movies to look out for this summer