How social media isn't all bad for your mental health 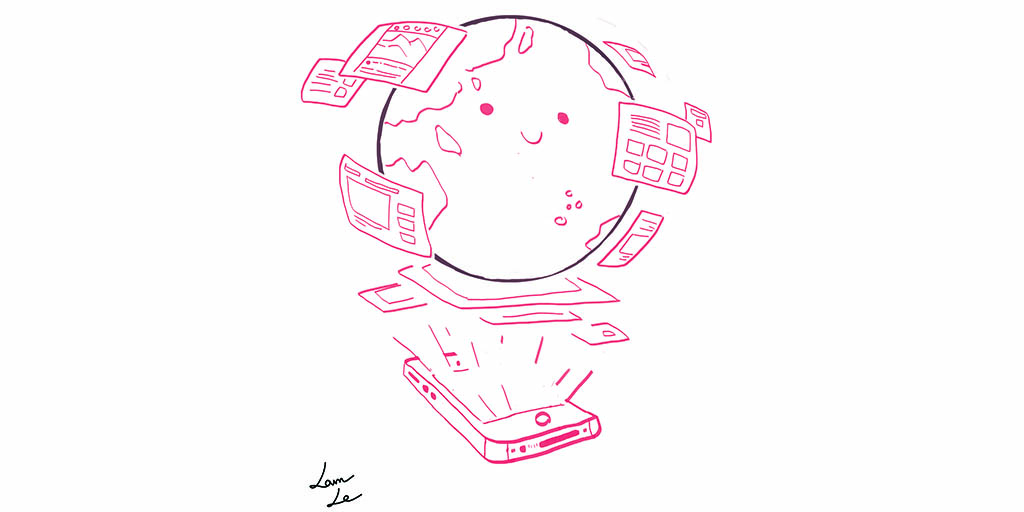 Does social media do more harm than good when talking about mental health? A recent study says it can help.


Editorial opinions or comments expressed in this online edition of Interrobang newspaper reflect the views of the writer and are not those of the Interrobang or the Fanshawe Student Union. The Interrobang is published weekly by the Fanshawe Student Union at 1001 Fanshawe College Blvd., P.O. Box 7005, London, Ontario, N5Y 5R6 and distributed through the Fanshawe College community. Letters to the editor are welcome. All letters are subject to editing and should be emailed. All letters must be accompanied by contact information. Letters can also be submitted online by clicking here.
Social media has had a huge impact on people's lives. From starting careers to creating friendships, social media does a lot of good.

That being said it does do some harm. Many people argue that social media has a negative impact on mental health. It can hurt people's body image, impact depression, anxiety and many more mental illnesses.

I think social media can do a lot of good for those with mental health issues. Social media adds a sense of connectivity, educates, and creates a conversation.

Although there have been studies that show portions of social media that can contribute to mental health issues, there are also a few studies pointing out how social media helps those who struggle with mental illness. One such study was published by Society for Consumer Psychology in October of 2017. The study (Microblogging and the Value of Undirected Communication) showed that social media gives people a place to talk openly about their problems and can remain 100 per cent anonymous. Since getting a response is voluntary online, it makes users with depression and feelings of loneliness feel wanted and cared about when people reach out to them. In an interview with nerosciencenews.com, Eva Buechel, one of the researchers involved in the study, said “when people feel badly, they have a need to reach out to others because this can help reduce negative emotions and restore a sense of well-being. But, talking to someone face-to-face or on the phone might feel daunting because people may worry that they are bothering them. Sharing a status update on Facebook or tweet on Twitter allows people to reach out to a large audience in a more undirected manner.” There are even social media sites and apps that are made solely for talking about your mental health (i.e., TalkLife).

Sites like YouTube offer hundreds of thousands of videos relating to mental health. These videos range from educating people on what is mental health to how to cope in a healthy manner. Some videos even include people talking about their personal experiences and offer viewers the chance to relate and realize that they aren't alone in how they feel. There are also plenty of resources online, such as sites like BetterHelp and TalkSpace. These sites also have sponsorships with many influencers like YouTubers which encourage younger audiences to seek help when they are struggling with their mental health.

Social media has torn down the wall of stigma with mental illness. Open conversations being regularly discussed has given many the ability to look for help and understand that there is nothing wrong with them. Highlighting what untreated mental illness can do to individuals such as Robin Williams, and most recently Kate Spade, gives individuals an opportunity to put emphasis on the importance of finding help.

This openness that social media has created has helped countless people. Social media brings mental health in the forefront of the news and has prompted companies such as Bell to create days like Bell Let's Talk day. Although social media does get a bad rap when talking about mental health, it can also do a lot of good for those who are struggling.