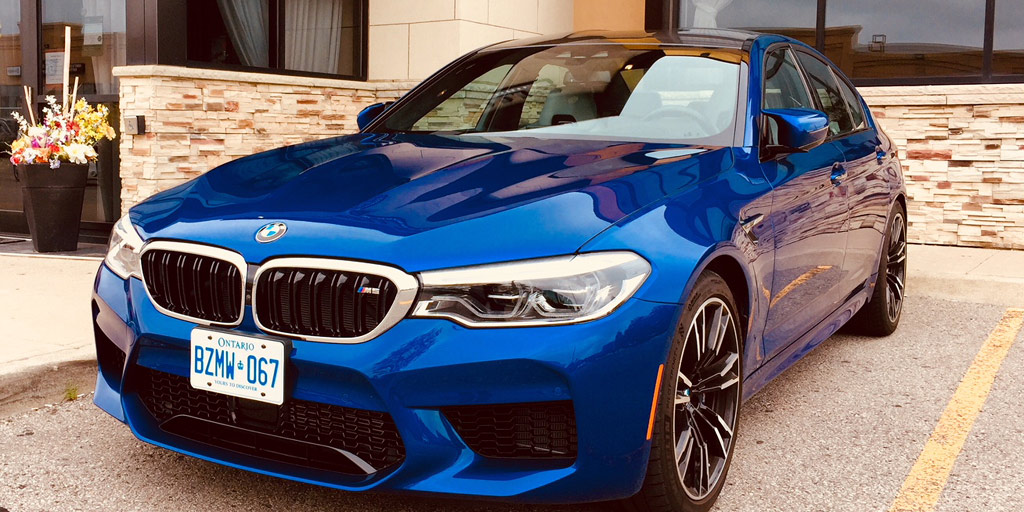 The 2018 BMW M5 has looks, speed and efficiency and is a car worth investing your time, money and energy in.


These days, consumers are spoilt for choice when it comes to performance sedans. Audi has a range of RS offerings, Mercedes-AMG has models in all shapes and sizes, and even the Americans are in on the game with theV-series from Cadillac.

However, none of these models would have existed if it wasn’t for the original BMW M5, which made its debut in 1985.

The reason BMW thought about making an M5 was to actually make use of some spare engines. You see, back in the early 1980s, BMW had come up with a mid-engine sports car, called the M1. It was a wonderful machine and performed very well, but it just didn’t sell as well as BMW had hoped.

So, with the production of the M1 ending rather prematurely (only 453 units were built), BMW was left with a lot of its M88 3.5L inline-six engines. Rather than let these motors go to waste, BMW decided to install them in the body shell of the E28 generation of the “5” series.

At launch, the 1985 M5 became the fastest sedan on the planet and got great reviews from the motoring press and anyone who got to drive one.

This got the attention of many luxury car manufacturers and they all started offering their take on the ultimate family sedan.

Fast forward to 2018 and BMW has launched the sixth generation model of the M5, based on the new F90 platform. It might not have an engine borrowed from an exotic sports car, but it has supercar levels of power and performance.

What are the power numbers, you ask? Well, it develops about 600 horsepower and 553 pounds per foot of torque. Thanks to its all-wheel drive system (a first for the M5), it can really hook up and go and cover the sprint from 0-100 kilometres per hour in about 3.4 seconds, while top speed is electronically limited to 250 kilometres per hour. But wait, there is more, because this new M5 is already available with the optional ‘Competition Pack’ and that not only increases the horsepower to 617, but also raises the speed limiter to 305 kilometres per hour, making it the fastest M5 ever made.

Some purists might be upset that this new M5 is also the first M5 to not offer a manual gearbox, in fact, it also does away with the dual-clutch gearbox of the previous generation M5. In its place, is an eight-speed automatic, but no need to worry, because this transmission shifts gears just as quickly as the old dual-clutch and is less temperamental in stop-and-go traffic, making it easier to live with on a daily basis.

As I mentioned earlier, this new M5 is also the first M5 to come with all-wheel drive. BMW knew that this might upset some M5 purists, who prefer to have power going to only the rear wheels. To keep that group of purists happy, you can disengage drive going to the front wheels, so it can turn into a rear wheel drive car. However, to get into that mode, you have to turn traction control completely off, so if you’re interested in handling 600 horsepower with just your talent, this is the mode for you.

When you’re in this rear-wheel drive mode, you can also do incredible burnouts. I attempted three (for a video feature) and can attest that this luxury sedan is a proper hooligan machine.

If you want something in between, there is a ‘Sport All-Wheel Drive’ mode, which sends most of the power to the rear wheels, but enough traction to the front to make for a precise back roads instrument.

So, as a driver’s car, it is very good and its performance numbers are truly sensational, but it is so much more than that.

Just open the door and you’re greeted with a truly wonderful interior. In fact, this 2018 M5 has the best interior of any M5 to date. Previous M5 models had nearly identical interiors to any of the other “5” series models, there were changes, but very minimal. This new M5 seems to have a very different interior to any other current “5” series. Yes, the dashboard is the same, but the centre console, the gear selector, the steering wheel and the seats, are all unique to the M5. So now you feel extra special sitting in this vehicle.

As far as infotainment technology goes, that is shared with other “5” series models, which means you get features like gesture control and an around view-monitoring system that seems to be out of science fiction.

All of this is wrapped up in a handsome body, that doesn’t shout about its existence, but those who know, drop their jaws when they see the M5.

Any complaints? Yes, I only got to keep it for a week; I would love to spend a couple of years with one of these in my driveway.

Verdict: The 2018 BMW M5 is, in my opinion, the greatest sports sedan ever made and better to drive than many two-door sports cars. Of all the cars I’ve driven this year, this new M5 is the best all-around.

As you’d expect, all this goodness doesn’t come cheap, base price is $113,300. That might sound like a lot, but I think BMW is not charging enough for the car since it has more performance and tech than vehicle’s costing a lot more.

So, if you’re looking to get one car that is excellent in every single area, the M5 is unbeatable in my opinion.