Composting helps more than it smells 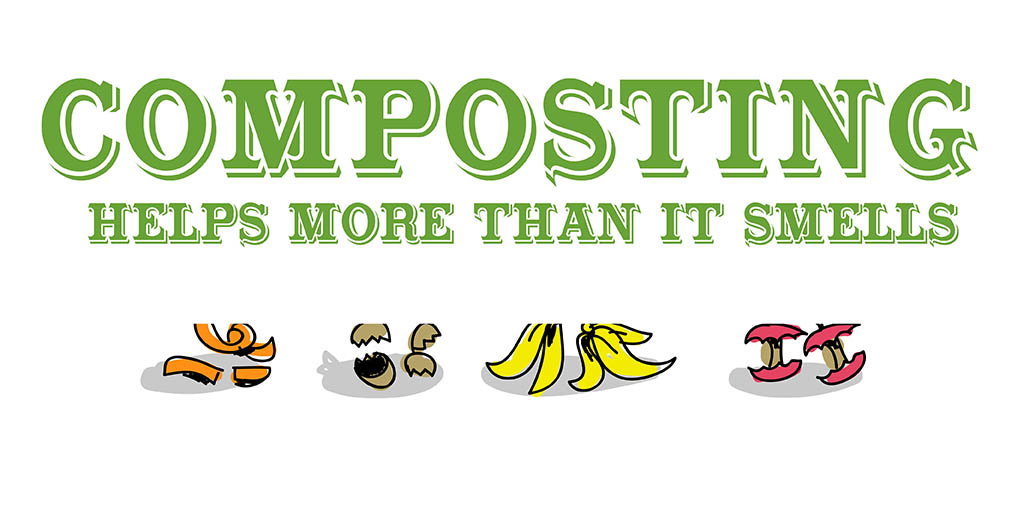 It is organic material that is used as organic fertilizer. Currently London does not have a green bin program because of its high costs. An average household would need to spend $35 per year on garbage pickup. Some people complain that composting creates odours. Orgaworld, a local composter was fined $1.1 million to reduce odours coming from their plant. Now they are operating at 30 per cent capacity.

Some things that cannot be recycled are foam cups, wax paper, foil wrappers, plastic toys and hangers. CBC reports that food and organic materials made up a sizeable portion of Ontario’s total waste in 2014. Approximately 32 per cent of Ontario’s waste comes from food scraps, leaves and soiled paper. In 2015, about 3.7 million tonnes of food and organic waste was disposed of.

In 2016, Ontario released the Waste Free Ontario Act which tackles problems such waste generation and disposal. The province of Ontario reports that they are trying to shift to a circular economy, where waste is reintegrated into the market. There, it aims to maximize the value of processing and tries to eliminat4e waste.  It also drives innovation, where businesses are more inclined to create recyclable and long lasting products. This is a move towards a more sustainable lifestyle and to create zero waste and greenhouse emissions.

The Ontario Ministry of the Environment and Climate Change reports that approximately $31 billion of food is wasted every year, with the consumer market being the biggest culprit for being responsible for 47 per cent of total food waste. Currently, 44 per cent of London waste is diverted from blue bins and yard waste recycling programs. This program, available to 95 per cent of households in Ontario, helps keep 66 per cent of packaging and paper from landfills.

The Ontario Ministry of the Environment and Climate Change released a report with findings stating that reducing organic waste could help fight climate change and increase access to healthy food for Ontarians. Other findings included environmental benefits such as improved soil health, reduction of erosion, and improvement in water quality.

The Ministry of Environment and Climate Change of Environment and Climate Change released a discussion paper last year proposing bans on various materials such as food waste, cardboard, fluorescent bulbs, beverage containers and tubes from curb side trash. According to the same paper, Ontarians can reduce greenhouse gas emissions by 2.2 megatonnes. In 2017, Jay Stanford, head of London’s solid waste department mentioned in a CBC interview that the city was attempting to avert 60 per cent of its rubbish from the waste stream by 2022. Currently, there are assessments for the W12A landfill site on Manning Drive which is due to be at capacity by 2025.

Standford also said that the city is also seeking other new technologies that will transform waste from homes into fuel pellets. In other cities like Edmonton, there are programs that automatically separates different types of trash even when mixed together in one bag.