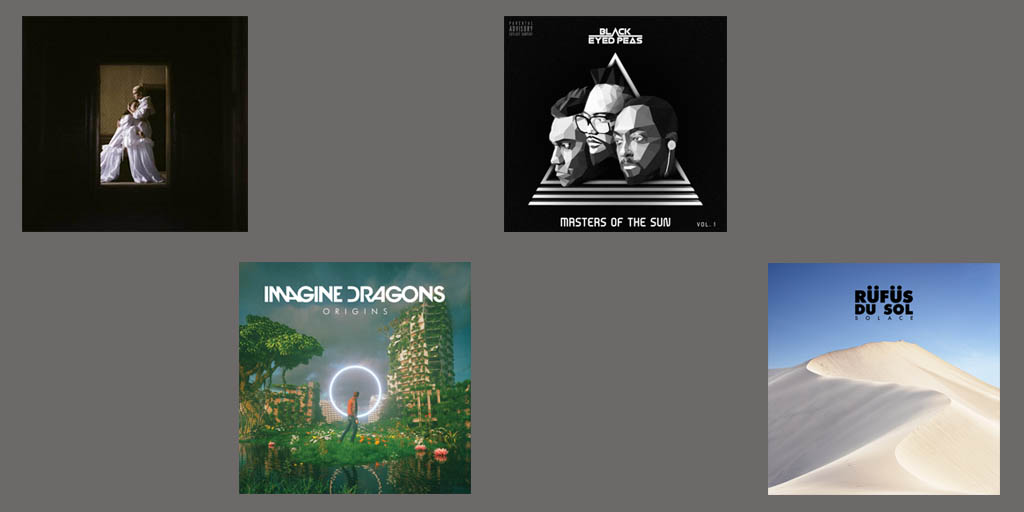 This past year was filled with a number of new songs and albums. Above is a shortlist of some of the tops albums of 2018.


Twenty-eighteen was the year of new releases, with bands who had gone through a brief hiatus but have all resurfaced with new sounds. This short list is a collection some of the top picks by the Interrobang team:

Say Lou Lou is a twin sister Australian- Swedish synth-pop duo who have a grungy vibe to them.

This new album starts with the dramatic “Ana”, which is a staple track for the dark disco genre. It has a trip hop vibe, mixed with heavy synths and cinematic vocals. The thumping rhythms in “All Love To Me” has almost an indie-rock vibe to it with Lily Allen-esque sassy lyrics. It has a similar musical backbone to Charli XCX's hit single, “Boys” but with a more sinister vibe. Their experimental sound really takes off in “Under The Milky Way,” where the drama is heightened in this album. The title track is one that ties this whole album together and brings together the elements of drama and melts them into a strong two-part harmony, tinged with darkness.

Overall, Immortelle is a great album for a new age disco party or a staple for some moody rainy-day music.

The first track “Natural” starts with harmonies and rhythmic rap reminiscent to Black Eyed Peas circa early 2000s. The song then builds up to a synthy, bass-heavy chorus paired with loud raspy vocals. “Boomerang,” “Machine” and “Bullet In A Gun” reinforce this metal-influenced vibe.

The album mellows out with tracks such as “Stuck” and the acoustic melodies in “West Coast”. They mellow out this heavy-hitting rock album.

Imagine Dragons are dipping their toes in a more heavy-rock vibe that bridges the gap between pop rock and progressive rock in this new album. There's an industrial vibe to this new album, and the synth-heavy music makes it a gym playlist staple.

Origins is geared towards rock fans who enjoy OneRepublic, Hozier, and

Talk about blast from the past. The Black Eyed Peas make a comeback sans Fergie after an eight-year hiatus. New addition to the BEP lineup, Jessica Reynoso takes the BEP towards a new direction, with her wispy vocals, a major departure from Fergalicious vibes.

Full of party anthems, BEP turn it up with tracks such as “Dopeness” and “New Wave.” This album leans more towards hip hop than pop with the phat rhythms and playful melodies. Though the magic of “Where is the Love” is admittedly hard to recreate, this new albums delivers some catchy tunes such as “Yes or No” and “4ever,” the perfect anthems before a night out.

This album is geared towards hip hop fans who listen to Drake, Kanye West, or XXTENACION.

This album is synthier than his last and combines tropical beats with synth wave. “Lost in My Mind” is a techno-inspired track with loops and trippy vocals. This transitions into “All I've Got,” a piano-heavy track with Ólafur Arnalds vibes.

This album is geared towards synth wave or electronica fans who enjoy the likes of M83, Bear Mountain, or Peking Duck.

Ariana Grande — “thank u, next”