Movies to watch on Valentine's Day 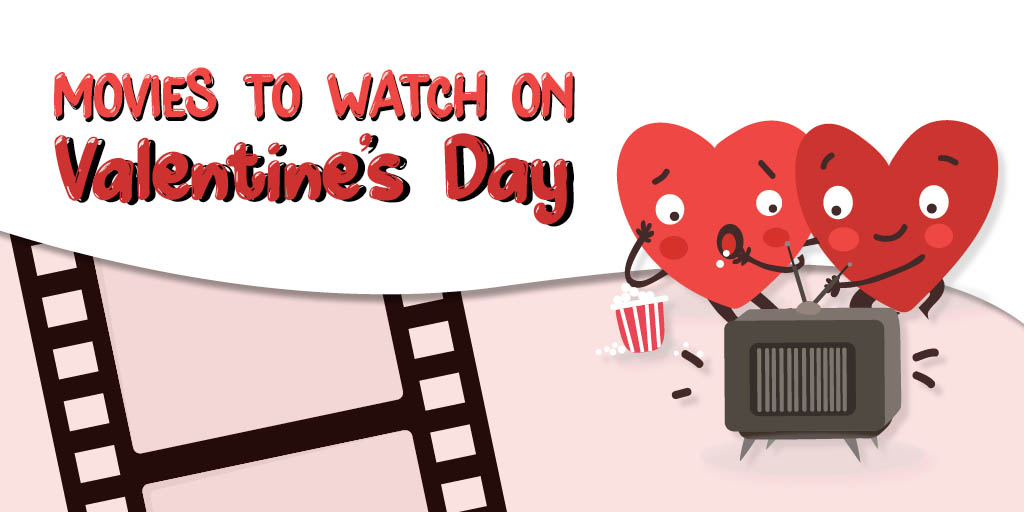 Valentine’s Day is a great time to celebrate how much you and your significant other love each other. Your movie choice on Valentine’s Day could make or break your night so it is important to choose wisely. Here is a list of popular love stories that could make your Valentine’s Day better. This article contains spoilers about the movie titles listed.

Considering the plot of this movie is all about Valentine’s Day, it just might be one of the best movies to celebrate the day with. There is a good chance that one of your favourite actors or actresses is in this ensemble cast made up of 20 popular performers. The movie follows a number of characters and the problems they face around Valentine’s Day. From Taylor Swift to Jamie Foxx, this flick has a wide range of actors as well as a wide range of relationship types. It is a perfect choice if you want a movie that is a little less emotional, but also may require some attention to keep up with the multiple storylines.

The Notebook is a love story that many people like watching over and over again. Ryan Gosling and Rachel McAdams are perfect at portraying the highs and lows of two young people in relationships including the judgment of parents and society, fights within the relationship and never giving up on the person that you love. The Notebook is a great movie to watch on Valentine’s Day because it has romance, emotion and will show you that everlasting love is a real thing.

Not everyone wants to watch a romantic movie on Valentine’s Day. For those who are single, Forgetting Sarah Marshall might be one of the best movies you could watch. Valentine’s Day can be tough for people who are just coming out of a relationship so why not watch Jason Segel be in the same situation, but in a comedic way? It also might give you a little bit of hope for finding love after your heart break.

Although some people think that Titanic is not a great love story, there is a lot of romance throughout the plot. Titanic is an iconic movie that would be perfect to cuddle up to each other on Valentine’s Day. Not to mention a young Leonardo Dicaprio is easy on the eyes and he makes the ultimate sacrifice in the end. Titanic is a good one to watch if you feel comfortable getting emotional with your significant other and can stay awake for the three hours that it will be on for.

When Harry Met Sally is a 1989 classic movie that proves you cannot always choose who you love. The two meet at several occasions and have the conversation about whether or not a man and a woman have the capability of just being friends. After several years of sharing their dating problems with each other and trying not to love one another, the two end up falling in love. When Harry Met Sally is one of the greatest rom-coms of all time and if you have yet to see it, Valentine’s Day would be the perfect time to put it on.

Five Year Engagement is a great movie for depicting what issues occur in modern relationships. The movie follows Jason Segel and Emily Blunt in their journey to become married. After getting engaged on their one year anniversary, the couple’s journey to get married is a long one. There is often pressure and a number of obstacles involved in planning a wedding and this movie does a great job in showing that. Many young people are focused on school and starting their careers in their twenties which may make it difficult to start a marriage. This movie is easily relatable to young couples which is why it is a good choice to watch on Valentine’s Day.
Movie lists Movies Romance Valentine's Day