Religions from around the world 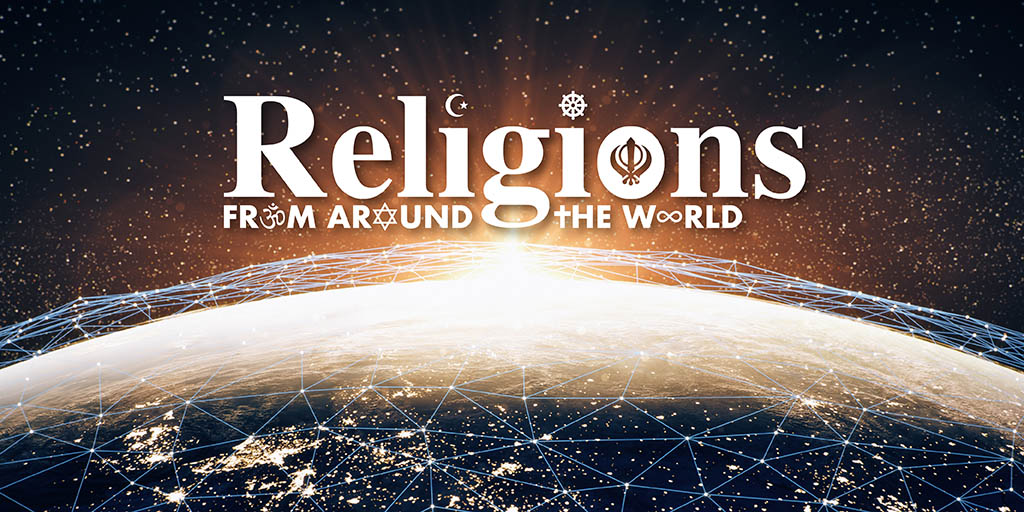 Judaism was founded in the Middle East by a prophet named Moses, although Jewish history goes back as far as a religious man named Abraham. It is believed that there is only one God who has formed a covenant with his people, doing good and looking after them in exchange for keeping to his laws.

These rules and religious stories are laid out in the Jewish holy book with is called the Torah. The place of worship that the Jewish people attend regularly is known as a Synagogue.

Those who practice Islam are called Muslim and believe in one God known as Allah. Although it is understood that Islam has been around forever, the religion is usually dated to the time of Muhammad. Muhammad was a primary founder of Islam, chosen by God to present teachings and confirm those delivered by previous prophets.

The laws and lifestyle that Muslims live by is based off of their holy books, the Quran and the Sunnah. Prayer is an extremely important part of Islam and one of the places it is practiced is a place of worship called a mosque. According to the BBC, those who practice Islam “believe the Sunnah is the practical example of Prophet Muhammad and that there are five basic Pillars of Islam…These pillars are the declaration of faith, praying five times a day, giving money to charity, fasting and a pilgrimage to Mecca [Islam’s founding city]”.

This is the most popular religion worldwide, with over two billion followers across the globe. Some stories found in the Jewish culture are also in the Christian holy book. This book, known as the Bible, consists of two sections, the Old Testament and the New Testament. Like many other religions, Christians believe in only one God as well.

A major piece that sets Christianity apart from other Abrahamic religions is the belief that a man known as Jesus was born on earth as the son of God and the Messiah which was promised in the Old Testament. Jesus lived his life, spreading God’s word and doing miraculous works such as healing the sick. A central part of the Christian faith is Jesus’ death on the cross and his resurrection from the dead three days later.

There are many denominations of Christians all around the world but almost all of them meet on Sundays in a church, their place of worship to praise God and listen to lessons from the leader services called a priest or minister.

This religion is most prevalent across the regions of India and Nepal. According to the BBC “in some ways Hinduism is the oldest living religion in the world, or at least elements within it stretch back many thousands of years”. Unlike other popular religions, Hinduism has no specific founder.

Because Hinduism is known to combine various religious themes it is often referred to as a “Dharma” or a “way of life”. Those who practice Hinduism believe in a single deity known as “Brahman,” but may still worship and reflect on the teachings of other gods and goddesses which represent various sects within Hinduism.

A primary concept is that of reincarnation. This is a cycle of birth, death and rebirth in which a person’s soul passes through a number of lives, dependent on the person’s behaviour in their previous life. Some believe in a liberation from this life-rebirth cycle, known as moksha or nirvana. This is achieved through a number of behaviours including the realization of a union with God, mental peace and a detachment from worldly desires.

Like Hinduism, many people who practice Buddhism, prefer to think of it as a “way of life”, with a focus on spiritual development and a deep insight into the nature of life. The religion was formed by Siddhartha Gautama, also known as “the Buddha,” which means enlightened one.

Although the Buddha is considered a prominent teacher and significant figure, he is not a god. According to History.com, “followers of Buddhism don’t acknowledge a supreme god or deity. They instead focus on achieving enlightenment [or nirvana]—a state of inner peace and wisdom”.

There are several sects and subsect of Buddhism so those who practice it worship at home or in temples and believe in karma and its effects on reincarnation. Meditation is also a huge part of Buddhism and allows followers to reflect on their lives and the teachings of The Buddha.

This religion was founded in the Punjab district, now known as India and Pakistan by Guru Nanak. His teachings and those of the nine Sikh gurus who followed him, form the basis of this religion.

Sikhs believe in only one God and believe it is important to do good in one’s life, rather than simply carry out rituals. According to the BBC, “Sikhs believe that the way to lead a good life is to keep God in heart and mind at all times, live honestly and work hard, treat everyone equally, be generous to the less fortunate, [and] serve others”.

A central part of their place of worship, known as a Gurdwara and their scripture followed is the Guru Granth Sahib, which is believed to be a living Guru in itself.

According to TheCanadianEncyclopedia.ca “First Nation, Métis and Inuit religions in Canada vary widely and consist of complex social and cultural customs for addressing the sacred and the supernatural... However, there are commonalities among Indigenous spiritual traditions”.

Some of the commonalities mentioned include the importance of a creation story, presence of supernatural beings in folklore, which can be both a hero or troublemaker and prominent sacred organizations. Furthermore, daily activities which are traditional ways of life may have deeper spirituality saturated within it.
Diversity Multiculturalism Religion

1
Formula One's diversity dilemma
2
Black history and Black royalty in the Bible?
3
Queen Elizabeth II has passed. Will her church do the same?
4
U Sports pushes for equity, diversity and inclusion in athletics
5
Lessons from Lady Elizabeth of Marburg