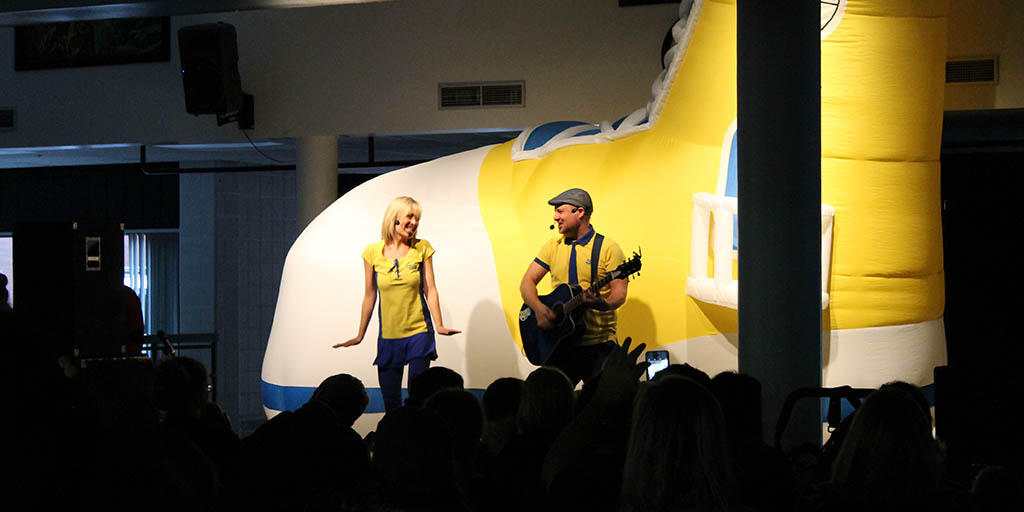 Children's entertainers and 2019 Juno nominees Splash'N Boots have joined in the protest against the recent changes to the Ontario Autism Program.

The duo (Nick Adams and Taes Leavitt) announced their support of families opposed to the changes in a Feb. 27 press release, along with their intention to participate in a March 7 protest at Queen's Park.

“The recent announcement of changes to the Ontario Autism Program leaves families on the hook for more money for costly treatment for their children beginning April 1,” Splash'N Boots said in the release. “The one-size-fits-all approach of the new program that allocates the same amount of standard funding to children whose autism is mild to those who are in need of intense Applied Behavior Analysis therapy is ineffective and will put direct financial strain on families and education providers in Ontario.”

The entertainers are asking the government to unfreeze the waitlist and resume services while consulting for a more effective solution for autism funding in Ontario.

The former Liberal government allocated funding to regional autism service providers who maintained waitlists of families needing financial support. Children at the top of the lists received fully funded therapy. A direct funding option also allowed families to either accept direct service or spend their government funding however they preferred.

Ontario's Children, Community and Social Services Minister Lisa MacLeod announced the current Progressive Conservative government's overhaul of this program in early February. The changes, which come into effect on April 1, include clearing a waitlist of 23,000 children by giving funding directly to families instead of regional service providers.

Funding is now based on the child's age and their family income. Those earning under $55,000 will be eligible for full amounts. Financial support for families earning over that and up to $250,000 will be determined on a sliding scale. Children under five will receive up to $20,000 per year. Those older than five are eligible for a maximum of $5,000 per year until they turn 18.

Critics such as Adams and Leavitt have said that the funding is not enough to cover the total costs of therapy and care, and that the program should address children's needs on an individual case basis.

“Our fan base has grown so much and the families with children with autism have grown so much, it's become really personal. We have seen firsthand what these families go through,” Adams told Interrobang. “We see it on the parents' faces; we know how much they just want to live as normal a life as they can for their child.”

Splash'N Boots will be appearing at the Fanshawe Live street festival on March 15. From 12 p.m. to 6 p.m., the Dundas Place event will highlight some of Fanshawe's music industry arts students and alumni, and host various outdoor activities to promote the city's new flex street. To learn more go to Fanshawec.ca/Fanshawe-live, as well as the Splash'N Boots Facebook page.
Autism Ontario Splash'N Boots