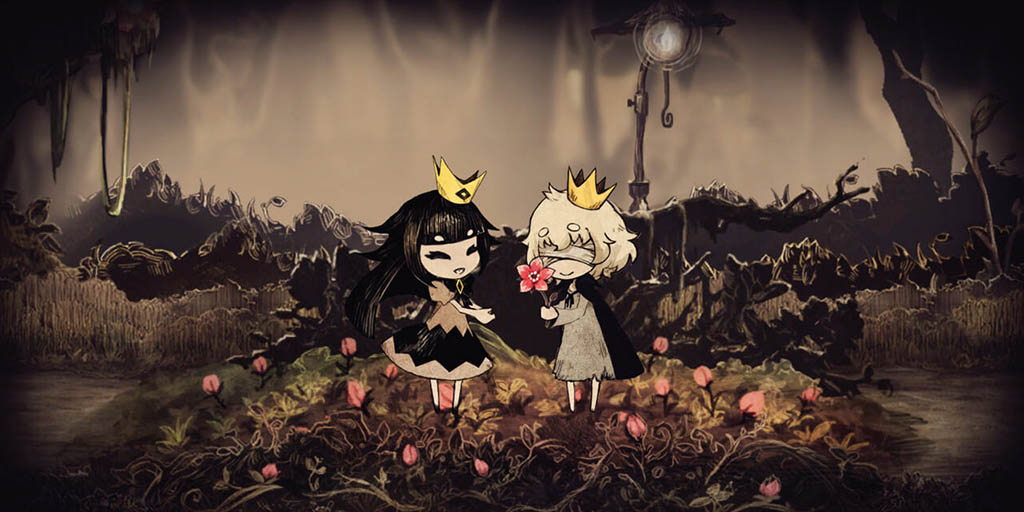 CREDIT: DEVELOPED BY NIPPON ICHI SOFTWARE, INC., PUBLISHED BY NINTENDO AND NIS AMERICA
A wonderful fairy tale game telling the tale of two lonely hearts in The Liar Princess and the Blind Prince.

A dark compelling fairy tale, The Liar Princess and the Blind Prince captures the attention through its wonderful puzzle mechanics, artwork and especially its storytelling.

What immediately attracted my eye to a small game like this on the Nintendo Switch was the title. The Liar Princess and the Blind Prince, was an interesting name for a game. And after playing, the title really does represent the entire driving force behind the game’s events.

A classic fairy tale setting, the princess, whose human form hides her true wolfen self, embarks on a journey with a blinded prince to cure his unseeing eyes. Along the treacherous path they take, the liar princess will learn that secrets and lies cannot stay hidden forever as she tries to protect the blind prince from the truths of what she really is and what she has done.

Nippon Ichi Software’s choice of colour and style for the game artwork brings the fairy tale alive. Keeping the palette a dark-toned sepia of colours emphasizes the more disturbing aspects of the game’s story and characters. Being very reminiscent of classic fairy tales, the other monsters that appear in the forest you walk through have a cute outer appearance, while underneath is something completely different.

From interacting with them throughout the game you are reminded as the player that there are always a darker and scary side to things. I myself will not be forgetting anytime soon when one of the really cute monsters in the game, opened its mouth to reveal a drooling maw split into five rows of razor sharp teeth. The artwork looking as if drawn by ink and pencil, also aids in tying the tale to older fairy tale illustrations seen as the art the setting this game takes place in.

Credit has to be given to the creators for how they took advantage of the tale they spun and seamlessly fuse it to the game mechanics. As a helper system, you control the liar princess and have to pull along the blind prince as you go forward through a vast variety of puzzles. The prince’s condition plays a huge role in the functions of the game, creatively given the prince roles not normally thought of for a character who cannot see. It may be a pain to have to back track a bit to retrieve the prince at times, but the way they use sound and touch to communicate to your companion really shows the innovative ideas the creators came up with in their puzzles.

At times, you have to leave the prince behind to go on ahead to fight against monsters. Other times you have to use the call function to strategically direct the prince on a switch to help you unlock pathways. Using your companion becomes both a blocker and a helper, which creates a fun way to balance out what roles you need to take, the wolf or the princess, to help navigate the prince and yourself to the end of the level.

Take a chance to check out The Liar Princess and the Blind Prince to experience a small tale showing the courage it takes to own up to your own lies and mistakes.
Nintendo Nintendo Switch Video games

1
Pandemic leisure: How students are filling their free time now vs. two years ago
2
Geeky places to shop online for your international nerd stuff
3
Seven games you didn’t know were made in Canada
4
Leisure Suit Larry: A raunchy relic of the non-PC gaming age
5
FUEL secures four titles in Esports divisional championships