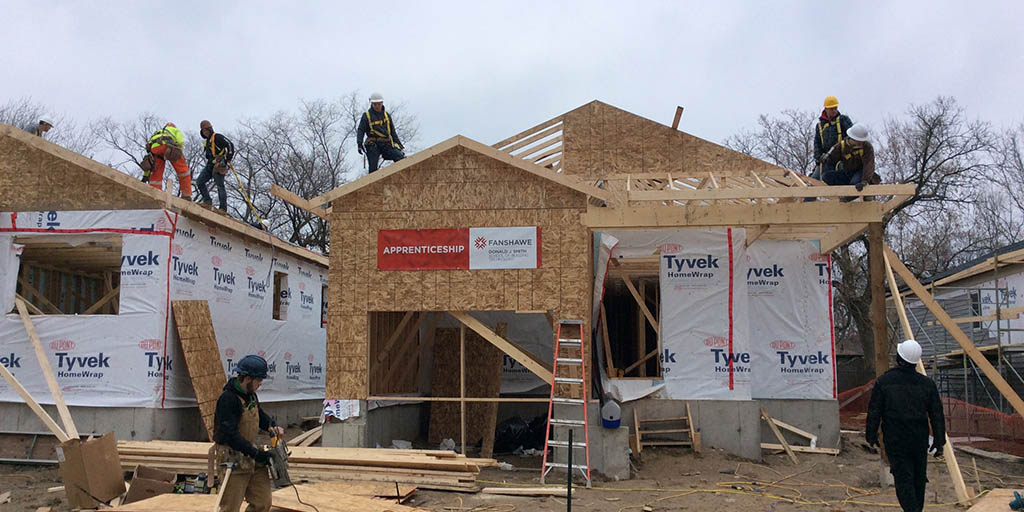 
Habitat for Humanity Heartland Ontario wants Londoners to rock out for a good cause.

Allison Kampman, the community partnership coordinator for Habitat for Humanity Heartland Ontario, sent an email to Interrobang announcing the event and its details.

Kampman said there a panel of judges for the event picked the eight finalists based on their entries for a YouTube music video contest. One of the musicians will receive the Judge’s Choice Award, with Music Industry Arts (MIA) coordinator Dan Brodbeck as one of the judges. There will be a People’s Choice Award sponsored by Lewkowitz Financial.

Brian Elliot, the CEO of Habitat for Humanity Heartland Ontario, said the event returns after its first run in 2018 was a smash hit.

Elliot said that along with the concert, where two winning musicians are picked, there will also be a silent auction and 50/50 draw at the event. All proceeds from Party for Humanity go towards a future home for a single mom named Lindsie and her family. Interrobang was asked to refer to Lindsie by her first name only.

The fundraiser is just one way Habitat for Humanity ensures that affordable homes are built for low-income families.

He added Fanshawe students have participated with a variety of tasks to help build the houses from the design, laying the foundation, and adding HVAC, plumbing, and electricity.

“The students at Fanshawe just seem to get why it’s important to be involved in the community and just through the hands-on learning aspect that we can provide, we’re helping students do things that can improve their resumes,” Elliot said. “So it’s a fantastic partnership and it’d be great to see a whole bunch of Fanshawe people in attendance partying with us and celebrating that partnership.”

Jim Leslie, the College’s general carpenter apprenticeship coordinator, said students from the apprenticeship program have assisted with 16 Habitat for Humanity builds since 2010. For the last two builds, Leslie said the students made the frames for the walls on-campus, which were then taken to the building site.

“We’re not necessarily always on site, but we try to help accommodate where we can,” he said.

Leslie added the partnership is a “win-win for both” the College and the organization. He added there are enthusiastic students year after year working on the builds.

“They’d much rather be out on the site building something than in a classroom, so it’s a nice change for them that way, and I think they take pride that they’re doing something good,” he said. “They’re helping out Habitat for Humanity and it’s sort of a community involvement, but also a little volunteering. I think they’re pretty proud of that, and the skill they get, you can’t duplicate that in the shop.”

Tickets for Party for Humanity are $25 for general admission and $75 for VIP. The event begins at 7 p.m. Visit h4hevents.com to find out more information and to buy tickets.