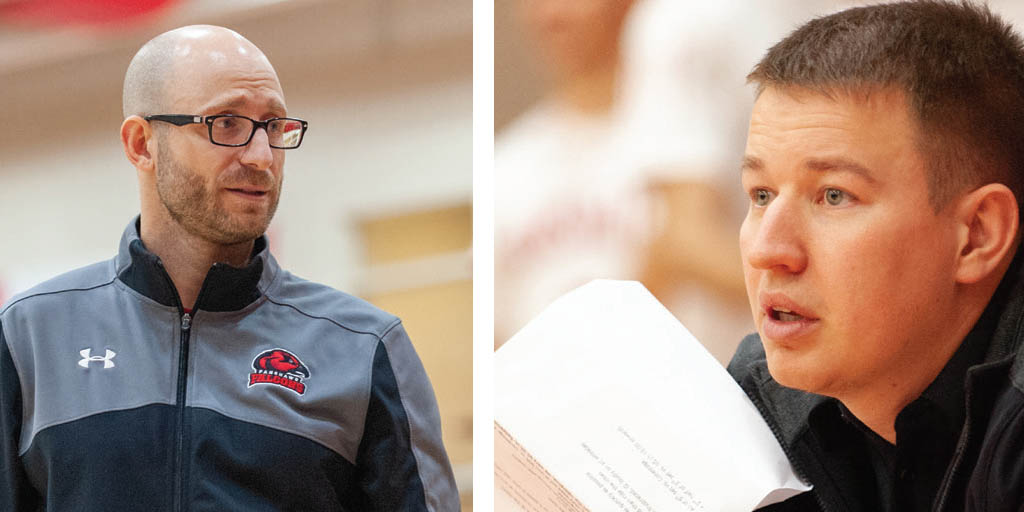 The women’s volleyball team and the men’s and women’s badminton teams at the College have new head coaches for the 2019/2020 season. But it’s not the first time either coach trained the Falcons.

Nathan McFadden, Fanshawe’s manager of athletics, said that both Millar and Ruddach are two strong leaders, which is a requirement to coach the student athletes.

“Those are the ones that our students and student athletes are spending the vast majority of their time with, so it’s important that those head coaches especially understand that there are very high academic and athletic standards here and they both need to be achieved,” he said. “It’s not one or the other, or one in spite of the other. You have to have both.”

McFadden said the athletics department is thrilled that Ruddach is now a badminton head coach, and said he knew Ruddach is “over the moon excited” for the new opportunity. He added that watching athletes evolve from student athletes to head coaches is beneficial for Fanshawe Athletics.

As the new coach, Ruddach, who previously coached additional sports like tennis, has some new goals in mind for Fanshawe’s men’s and women’s badminton teams.

“I really want to work on focusing on player development,” he said. “Not just during the team practice, but I think it’s important that with a sport like badminton and the individual contributions that the athletes give to the sport that they get some more court time outside of that, too.”

Fanshawe’s badminton teams will travel to Humber College for the Ontario Colleges Athletic Association (OCAA) Invitational tournament, scheduled for October 11 to 12 on the OCAA website.

“What most people don’t know is one tournament sets the entire tone for the season, as opposed to a single game from one school’s team to the next,” Ruddach said.

McFadden said that since Millar traveled with Fanshawe’s men’s volleyball team as their assistant coach to three Canadian Collegiate Athletic Association (CCAA) tournaments, it will be an asset for his new role as the women’s volleyball head coach as the team aims for National Championship status.

“You really don’t understand how much work and time and effort goes into being a National Champion until you’ve actually have accomplished it and then you really understand how to win, how to be a champion,” McFadden said. “He brings that pedigree to us on the women’s volleyball’s side, something we didn’t have and we’re certainly very excited to have him bring that.”

He added that he’s “excited to be part of the volleyball program here at Fanshawe,” and that working with men’s volleyball head coach Patrick Johnston taught him a lot. “Learning so much from him has given me a catalyst forward and a ton of confidence going into this year,” he said. “And with this group of girls, I believe we can make great steps forward.”

Following the women’s volleyball team winning the OCAA Provincial Championships in the 2018/2019 season, Millar wants to continue off of the team’s success and reach ever higher goals.

“Hopefully we can not only build on the success of last year,” he said. “We can push from the third in the nation hopefully to one or two spots better than that this year.”