Netflix fix of the week: Unbelievable 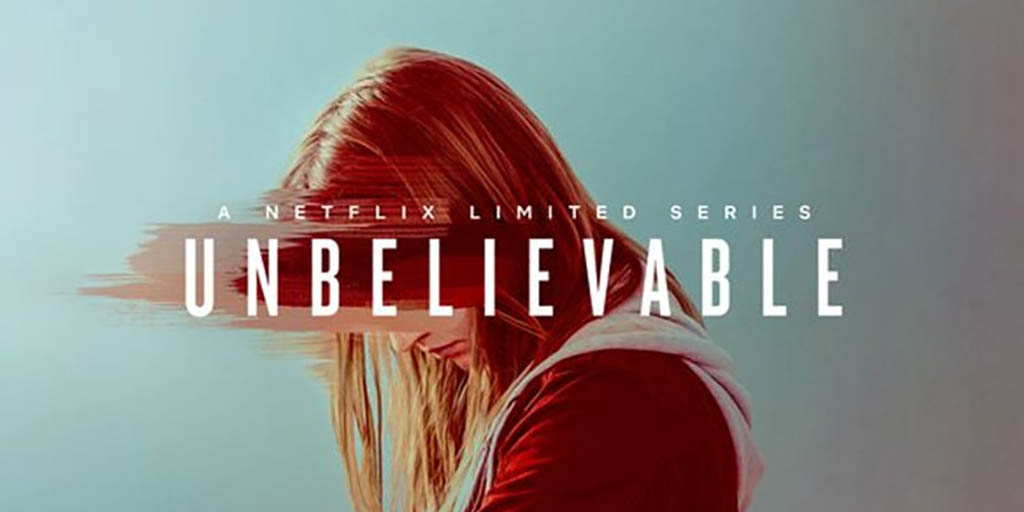 Credit: NETFLIX
Netflix's new series Unbelievable is the true crime drama that everyone is talking about.

Unbelievable, Netflix’s newest release starring Kaitlyn Dever, Toni Collette and Merritt Wever, is a true crime drama that will take your breath away. The realness of it all is what makes this miniseries so special. It is uncomfortable, but it is ultimately necessary as it gives issues surrounding sexual assault the attention they deserve. Beware, spoiler alert!

A devastating story of sexual assault and miscarriage of justice unfurls over eight episodes, pulling viewers into a real-life tale so shocking it’s almost, well, unbelievable.

So here goes the story: A woman reports a rape with her former foster mom by her side. Eighteen-year-old Marie Adler (played by Kaitlyn Dever) tells police in Washington State that a man broke into her apartment in the middle of the night, tied her up and assaulted her. But after her closest confidantes’ express reservations about her trustworthiness, male cops corner Marie—a survivor of abuse who spent most of her childhood in foster care—and bully her into recanting before charging her with filing a false report.

The two detectives go on to unravel more cases and discover further similarities in multiple cases across jurisdictions. They begin to realize that they’re dealing with a criminal who is smarter and always two steps ahead, making things more complicated than they already are.

An unflinching look at justice, inequality and the fantasy of a perfect victim, Unbelievable leaves you with the lasting impression that the people who are listening are just as important as those telling the story.

The story is addictive, in simple words. Furthermore, the show goes on to highlight the shortcomings of the justice system when dealing with sexual assaults on women. However, times have changed and more women are now coming forward to report attacks. The #MeToo Movement has been one of the biggest movements in respect to this and gave women across the globe the courage to come forward and make their story heard.

If you’ve been through something similar and need someone to just hear you out, please remember that there are resources all around you in Fanshawe to help you, such as the Sexual Violence Prevention Advisor Leah Marshall (519-452- 4465 or 1-844-666-SVPA [7872]) and Counselling and Accessibility Services in room F2010. You do not have to deal with this alone and you should know that your story needs to be heard too.
Movie reviews Netflix Sexual Assault Sexual Violence Prevention

1
How Space Force might be your new alternative to The Office
2
Summer Watchlist: Star Wars Episode IV: A New Hope
3
How to have a feminist March marathon
4
The Social Dilemma: What is the truth?
5
Queer screen countdown

Books to help with your mental health