Netflix Fix of the Week: The Ranch: Part 8 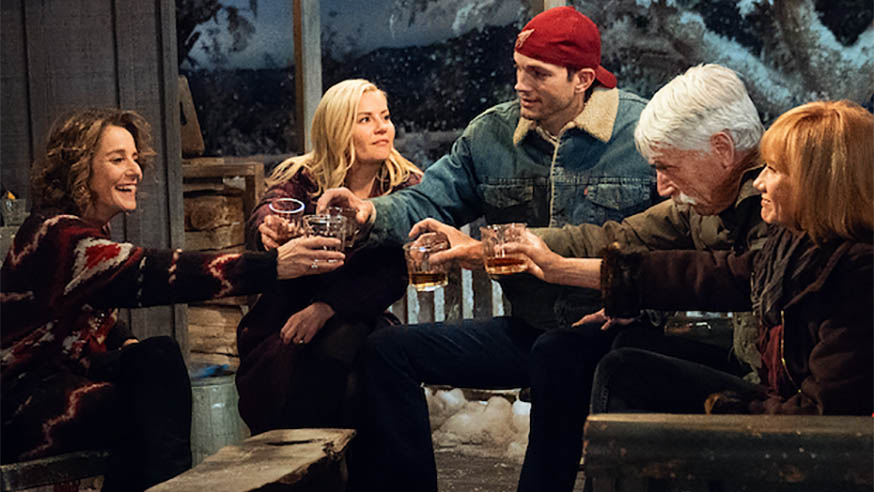 Sad news for the fans though as the Netflix comedy reaches its natural conclusion with its eighth and final part. This review is dedicated for those who have been regular viewers of the show as it is a continued series and you’d probably be lost if you watched in midway. So, if you’ve not watched the show and maybe intend to, turn around now, because spoiler alert!

Based in the conservative land of Colorado, the Hollywood cast does a phenomenal job at planning hardscrabble, hard-drinkin’, narrow-minded Colorado ranchers whose life revolves around beer. The show also has its unique way of subtly addressing relevant topics from Trump to gun laws to feminism.

After years of watching the Bennett family struggle to make it on their ranch, it all came to an end in fitting fashion. This part started with a murder mystery and Colt being arrested for it. We know someone within the group was the one to commit the crime but the show doesn’t give it away well into the last couple of episodes.

The show is riddled with lawsuits, pregnancy scares, near death misses and more but eventually there is a happy ending for all including Mary who gets off on a plea bargain for the murder charges. Colt gets his house together, his wife and kid back and Beau too, gets Iron River back albeit in a very dramatic fashion.

The final scene ends with all the Bennett’s gathering for a nightcap at Iron River Ranch. It’s the last time they’ll all be together for a while, now that Maggie’s moving to Florida to live on a commune with her new partner Julie. Colt takes the opportunity to raise a glass to Iron River, to his loved ones, and to his late brother Rooster, played by Danny Masterson.

The show is a good change from the usual and we can proudly say that it had an incredible ending, it felt right, it felt satisfying and it felt like it ended with the perfect tone. That’s saying a lot, remember Dexter? Game of Thrones? How I Met Your Mother? All great shows but terrible, terrible endings. All in all, The Ranch made us laugh, it pulled at our emotions, it made us think about our families and it was a hell of a good time. If you haven’t already watched it, we suggest you give it a shot on Netflix.
Comedy Netflix TV Series

1
Penises and pop culture: What has caused this sudden television trend?
2
Does anyone remember The Mighty Ducks?
3
Serial killers and entertainment: One in the same?
4
Top LGBTQ2S+ shows on Netflix right now
5
Review: Formula 1: Drive to Survive

Rising up in women-dominated professions: The glass escalator