CREDIT: NAUMAN FAROOQ
It's time to bid farewell to the BMW M4.

This is not going to be like the usual, weekly review, because this is a farewell letter to one of the greatest cars we’ve had on sale in Canada over the last half-decade.

I’m talking about the first-ever generation of the BMW M4.

BMW created the 4 Series (F82/ F83) to occupy the space that was previously held by the 3 Series coupe and cabriolet. Sure, things got a bit confusing when BMW started offering a four-door version of 4 Series, called the Gran Coupe, but that’s another story.

We are today going to focus on the most potent version of the 4 Series, called the M4. If you wanted an M4, you could only choose between the coupe or the convertible (cabriolet) model — there was no M4 Gran Coupe.

The M4 first hit the market back in 2014, but getting in one recently, didn’t feel like I was climbing in a car that is essentially six years old. To say it has stood the test of time, might be an understatement — plenty of car companies would be proud to offer a product like this in the future!

Not only has the design not aged — it still looks fantastic — but the interior has all the modern day infotainment tech that luxury car buyers demand.

However, style and infotainment tech is not the main reason anyone should buy a M4; performance is.

Under the hood lies an angry dragon — BMW might call their twin-turbocharged 3.0-litre inline- six cylinder motor the S55, but trust me, it’s a mythical monster.

That motor, in base form, produces 425 horsepower and 406 poundfeet of torque. However, when your M4 script is written in black, rather than silver, than your car has the “Ultimate Package” — which means it is an M4 CS in disguise, and hence you get 453 horsepower and 443 pound-feet of torque to play with.

All that power is fed to the rear wheel only — and not only will the first-gen M4 be the last M4 to only offer rear-wheel drive, but also the last to offer a manual or dual clutch gearbox. Seeing the direction BMW has taken with the new M5 and M8 models, the next generation M4 model will have selectable all-wheel drive, and only come with an automatic transmission.

Just a few weeks ago, in the middle of January, I got to spend a week with a 2020 BMW M4 Cabriolet. Yes, this wasn’t the ideal time of the year to test an M4, especially in Cabriolet form — I had the roof down only once, and for just five minutes to do some pictures, but that’s it. Despite the car having a heated steering wheel, heated seats, and a headrest that blows warm air on your neck, it was just too cold for me to enjoy top down motoring. Perhaps the nice folks at BMW Canada wanted to show me that this car is fun all year long, and they weren’t wrong.

That was not hard to see, as regardless of the weather, the M4 proved to be a lot of fun. It also started every day without a hiccup — how many performance cars can you say that about? — and equipped with winter tires, no amount of snow I encountered stopped it in its tracks! I was extremely impressed by its traction and stability control system, which does a lot to keep you from crashing; but like any true driver’s car, it does allow you to shut the systems off completely, and then it’s you and your skills. I love the fact that BMW gives you both scenarios, as many manufacturers hesitate to give you full control, and their traction and stability control system keeps interfering in the background.

This is a pure driver’s car, and while the ill-informed argue that the M4 is not powerful enough, or exciting enough; I say to them, they’re driving skills are just not good enough to extract the most out of this vehicle.

BMW has shown a concept of what’s to come, a new 4 Series will bow later this year, which means the next M4 is over a year away — might even be a 2022 model.

So, if you want a new M4, now is just about the best time to get one, and you’ll have the last of what truly is an amazing automobile.

That’s not cheap, but you’ll end up with a folding hard-top convertible (also the last BMW to offer this technology, as the next model will opt for a folding fabric roof, according to spy shots) that will be a joy to use every day, for years to come.

PHOTOS BELOW COURTESY OF NAUMAN FAROOQ Click on the thumbnails below to view a larger version of each image. 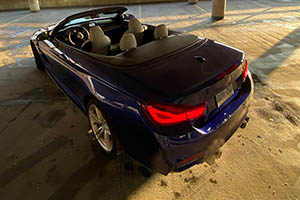 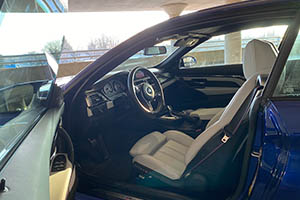 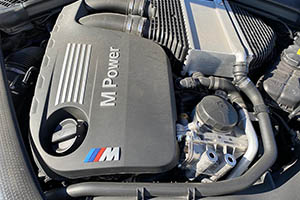 Missing and murdered indigenous women and girls: what Fanshawe students should know