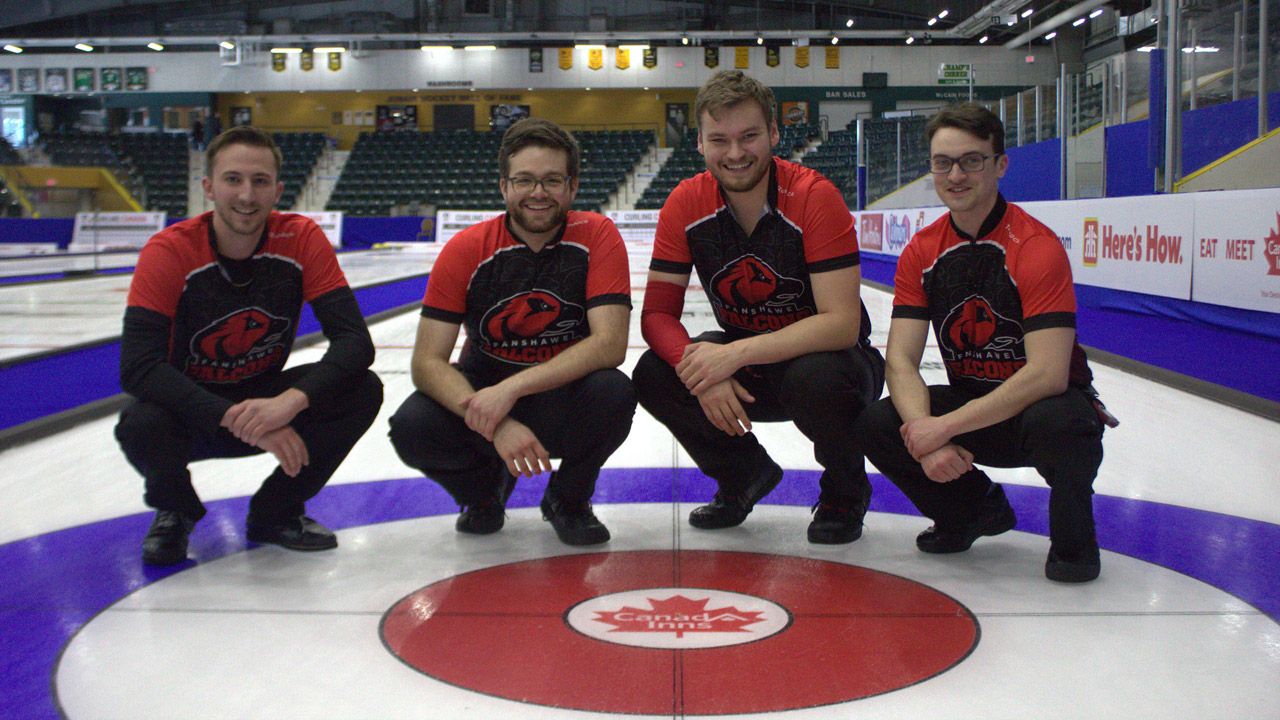 As the NBA, NHL, MLB, and other sport leagues around the world suspended their games because of 2019 novel coronavirus (COVID-19) concerns, the Canadian Collegiate Athletic Association (CCAA) National Curling Championships was one of the few tournaments that finished on schedule with extra health and safety precautions.

Curler Brett Henderson (golf and club management) said the teams heard the news of the NBA and NHL suspending their seasons upon arrival. Shortly after, the teams found out another tournament scheduled to take place in the same venue not too much longer after the CCAA tournament was cancelled.

“That was going to happen just after our Nationals, so we were kind of worried about our event being closed and shut down,” Henderson said. “Luckily, it didn't, but that was kind of the talk of the town while we were going around.”

Fifth-year Charlie Richard (business human resources) said via email that since he’s in his last semester of college, he feels fortunate to have competed in Nationals one last time. He said COVID-19’s severity began reaching emergency levels when the Falcons were in Manitoba.

“We were hearing about other CCAA events being cancelled and were nervous that ours would be cancelled as well. But luckily, the event had started likely a day or two early enough to avoid being cancelled,” Richard said. “Nonetheless, all the teams were still taking precautions as we could have been exposed to the virus in the airport, hotel, and even the arena.”

Barry Westman, head coach for Falcons’ curling, said in an email to Interrobang that the students played on as usual.

“This was still relatively early in the COVID-19 development and for the most part we continued on the way we normally would.” Westman said. “If the students had concerns they didn't show it.  We did take some extra precautions but nothing major changed.”

He added that there was minimal physical contact between players. Pre and post-game handshakes were replaced with elbow bumps. Curling Canada made sure there was plenty of hand sanitizer available.

Skip Amelia Dolsen (geographic information systems) said in an email that Curling Canada also made sure wipes for equipment were available and that bathrooms were refilled with soap as soon as possible.

“I was very impressed with their precautionary measures and going above and beyond to provide those amenities for everyone.”

She added that since the teams were there and that the tournament was running, they “figured we were going to continue and finish out the week.”

The men’s curling team nabbed the National Bronze Medal to conclude their season. A Fanshawe Athletics press release said that even though the Falcons lost to the Northern Alberta Institute of Technology (NAIT) Ooks 10-2 in the round robin the day before, Fanshawe rebounded and won the bronze medal match 12-5.

“To go from not sure if you're going to finish the event to winning a medal is pretty big. We were pretty proud of ourselves and personally, that was my first Nationals,” Henderson said. “I never expected in my college career that I'd end up going to Nationals, let alone win a medal, so that was pretty special to me.”

Richard said that after three key players from the 2018/2019 season left, three more rookies on the men’s team successfully filled the role. Although he was aiming for one last gold medal, Richard acknowledged the team were up against NAIT, Concordia and Humber — all tough opponents.

“For us, winning the Bronze Medal, ironically, was a silver lining.”

The women’s curling team finished their season after going 2-5 in the round robin event. After the tournament, Dolsen, Owen Tester (business), and Lauren Massey (architectural technology) were named CCAA Second Team All-Stars.

Westman said that the men’s bronze medal finish adds to Fanshawe’s curling’s collection, and he’s proud of the victory.

“The team really came together and perhaps exceed expectations. In retrospect the winning of a medal seems pretty inconsequential when compared to the real life problems the world is experiencing,” Westman said. “However, I know in the future we will never forget this event and how it unfolded as the world changed around us.”

“I know many people were disappointed (as I would be as well) but I think it was the right decision,” she said via email. “It makes me feel good knowing that the association is making health and safety the utmost priority and not being negligent or taking the matter lightly.”

Fanshawe College closed all campuses March 18 and moved most of their classes online.

Dolsen said she’s smoothly transitioned over to online classes, as her program already has a large online component. Along with her studies, she’s limiting her time watching the news and giving herself study breaks. Henderson is also staying on top of his studies and trying to keep himself as busy as possible.

“At some point, you run out of things to do in your house, so you start making little games like little mini-putt in your living room and all that kind of thing, which I have done,” he said.

Richard said that while group projects, learning practical skills, and asking the teachers for help is more difficult without a physical campus, the online transition is going smoothly.

“I think we all know what is expected of us and finding the time to complete assignments has never been easier,” he said. “Sometimes finding the motivation is difficult because it doesn't feel like we're actually in school. But for me, in my last month of school ever, I am finding that extra gear to power through. I truly hope all students can manage this change without it affecting their grades too much.”

Westman said that he’s still working and that his family is not affected, health-wise, by COVID-19. He’s approaching the ever-changing situation like he would in sports.

“Control what you can and try not to worry too much about the things beyond your control.”

1
Return to campus is important, but we need accommodations
2
Ian Indiano - The ghost of a falcon
3
Fanshawe "encourages" masking on campus
4
Fanshawe badminton brings back a bundle of medals at OCAAs
5
Getting the most out of remote learning