Want your voice heard when it comes to energy? 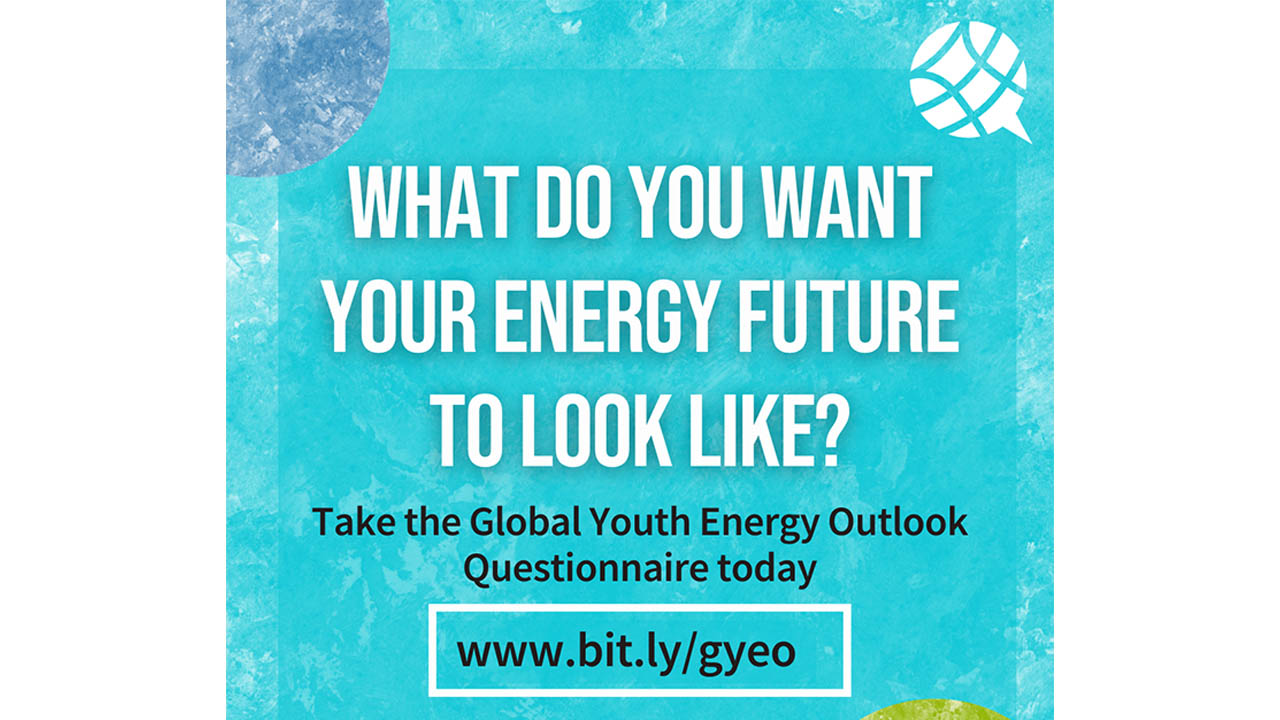 CREDIT: PROVIDED BY GLOBAL YOUTH ENERGY OUTLOOK
A Vancouver-based organization, Student Energy, is asking for your help in making your voice heard.

Student Energy, a global youthled organization, is creating a Global Youth Energy Outlook (GYEO), a report to outline young people’s specific priorities for energy transition and what they want to see in terms of climate change globally.

Helen Watts is senior director of Global Partnerships at Student Energy. She spoke to Interrobang on the origins of the organization.

“We started in Calgary in 2008, and were started by a group of three students at the University of Calgary who were starting to get internships in the energy sector and wanted to bring up these ideas around sustainability and justice, and just really weren’t given space to speak about these issues,” Watts said. “They decided to really take things into their own hands and start this global movement of young people who want to be part of the transition to a sustainable energy future. It started with an international conference and has then spiralled into other projects and programs like our post secondary level chapters program.”

Connor Thompson is also a project manager for Student Energy. He is in charge of the GYEO and said that nothing like this has ever been done before.

“If you go online and look for energy outlooks, you’ll find quite a few. There’s been quite a bit of research in this space. But what’s been lacking is the focus on young people,” Thompson stated. “Being able to gather that much data on what young people want for the future of energy and put that data into the hands of decision makers and show them the value of youth, and what can be gained by incorporating young people into that decision-making process is invaluable.”

But how do students have their voices heard? Student Energy has connections to key decision-makers and some core-funding partnerships with Sweden’s Ministry of Environment and Energy, Stockholm’s Environment Institute and Denmark’s Ministry of Foreign Affairs just to name a few.

They also have knowledge partners that support the research and analysis phase of the GYEO by peer reviewing, engaging to other networks and mentoring the team. But there are different challenges for different places.

That’s why this outlook will develop 10 global regions and create different roadmaps to transition to renewable energy to 2030.

Thompson said that the questionnaire was meant to be as broad as possible to try and not assume what young people want. “That kind of open-minded approach is how we begin to tackle that, within the actual report itself. I think it’s going to be very important not only to show the general data globally, but also to break it down into those countries and those regions,” Thompson says. “This questionnaire is leading into what we’re calling regional dialogues, where we’re able to use the data from the questionnaire, to guide smaller focus groups to narrow in on those regional issues”

Watts says that even though issues like energy feel really complex, everyone should have their voices heard. “When we come together as a movement and a unified voice, we really take back our power and our voice in the space,” said Watts. “That’s really where I think young people right now have the most opportunity to really make an impact and be heard.”

The questionnaire currently has over 4,000 participants aged 18 to 30. It can be found at bit.ly/gyeo. For more information and to participate in the Global Youth Energy Outlook, please visit studentenergy.org/program/outlook.
Climate Change Energy Environment

1
Climate change is no joke: What this winter weather is telling us
2
The Time is Now: Governments must build climate resilient communities
3
Beyond fast fashion: Fanshawe's push for sustainable clothing
4
Cultural almanac for 2023