What is crypto art? 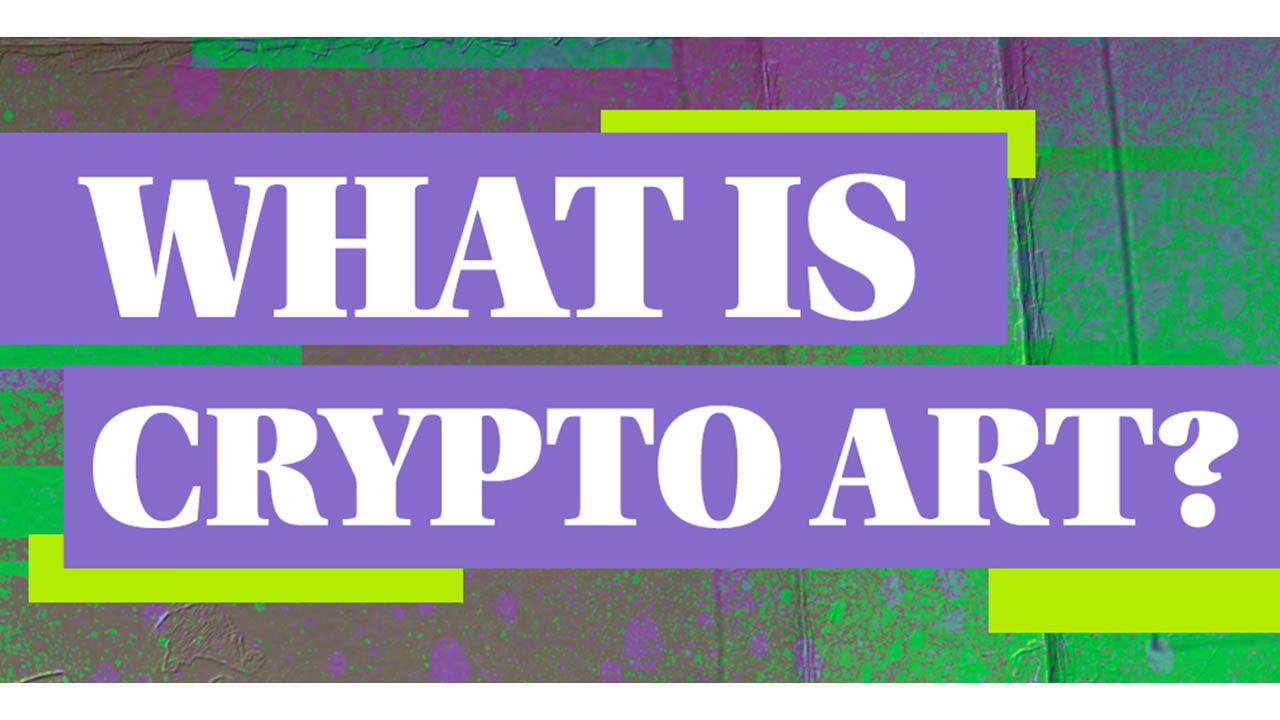 The speed at which the contemporary world changes can be overwhelming for those trying to understand it.

Although I’m quite young, I already have to ask my younger brother to explain to me the latest meme or trend. I remember when I first heard about bitcoins and how people are investing all their money and time on it. When I learned about people losing everything after misguided investments, I thought that it was the confirmation that cryptocurrencies were just another Tulip Bubble.

However, after a few years, I can now say that I definitely don’t know enough about the economy and I was wrong. Cryptocurrencies are here to stay, and this is undeniable.

Not only are they here to stay, but they come with a whole package of terms, concepts and constant innovations that are getting closer and closer to our day-to-day lives. The newest thing I’ve learned about are non-fungible tokens (NFTs). And with them, another term that has been discussed a lot among the people in my field: Crypto art.

To make it simple, crypto art is a digital artwork that is linked to an NFT. So, all crypto art pieces are NFTs, but not all NFTs are crypto art. When a digital artwork is tokenised in a blockchain, it now has digital proof of ownership, and now this piece can be authenticated and owned like any other piece of art.

It all started in 2014 when it first became possible to register art on the Bitcoin blockchain. Nobody really understood what exactly this meant, but it was enough for contemporary artists to get interested, like Rob Meyers, who tokenized his soul in a work simply called MYSOUL. After that, not much happened until 2017, when a computer game called Spell of Genesis used game cards to be sold and bought as digital assets among players.

As these trades got more popular, a crypto platform called Counterparty decided to explore the situation creating the Rare Pepe cards. These cards were based on the meme Pepe the Frog, originally created by artist Matt Furie, and were not attached to any game. Since then, the frenzy around pieces like those got bigger, and the numbers got higher, bringing us to where we are today.

In the past few months crypto art has exploded. On one hand we have detailed digital paintings by concept artists selling for hundreds of thousands of dollars, and on the other hand we have screenshots of memes or sketches by famous people also selling for astronomical amounts. The problem is that these pieces might be serving as another commodity for young investors to speculate and make money. We all have seen this before: money chasing money, and the market buying what the market already bought.

But what does that mean for actual artists? What is the actual game-changer? Well, now digital artists can sell their work like never before.

Although crypto art is a relatively new concept, non-physical art has been around for quite a while, but the market for these artworks was never really solved. Artists that work with video, sound, or performance had to rely on DVDs, CDs or memory sticks, which never really worked that well. Collecting these pieces meant collecting a physical object with a register of the actual work.

Now, their work can be authenticated and (more importantly) collected properly, just like any painting and sculpture. And there are more advantages. Not only can artists sell directly to collectors, but you can also get a commission every time that work gets resold, even if you’re not involved.

If you are interested in tokenizing some of your work, there are many platforms where you can do it. To mention a few: VeriArti, Waves, SIGN Art, Zilliqa, V-Art, among many others. However, we must keep in mind that when things look too good to be true, they probably are.

To tokenize your art, you need to buy a token and put it on your art, and the price varies according to supply and demand. Right now, the demand for cryptocurrency is very high, so the prices for these tokens are also very high. There are also additional costs for the website and for the transaction itself.

The truth is that crypto art solves many problems for the art market, but it also creates new problems for beginner artists and contributes to an increasing de-democratization of an already very elitist field. But I’ve been wrong before.
Art Bitcoin Crypto Art Cryptocurrency NFTs

A Beginners Guide To NFTs