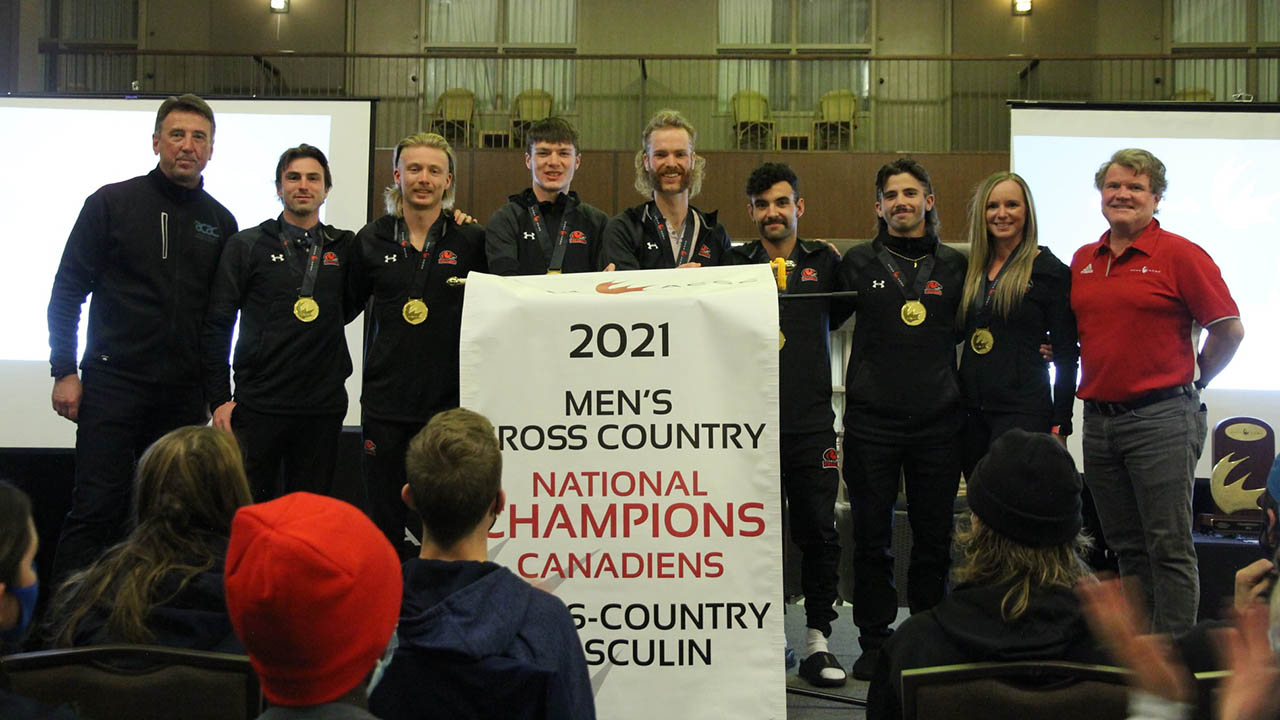 The cross-country season is over and both the men and women have done Fanshawe proud. On Remembrance Day, the Falcons boarded a flight to Calgary to challenge for the title of best collegiate endurance athletes nationwide. The race took place two days later and when the gun went off, the Falcons soared.

Starting with the women, Katie Rice had the best pace for Fanshawe with a 25:46, which was good for 33rd place. Shortly after Rice came Brooke Jez and Tamara DePauw, who were within 30 seconds of Rice, in 38th and 39th respectively. They helped score 115 points for the team, staving off Laurier and John Abbott who each had an athlete with a much higher individual time and better average time than Fanshawe. This shows that it was a true team effort and that you’re only as strong as your weakest link. On this team, there wasn’t one. Head coach Ashley VanderVecht knows the bond the team has better than anyone.

“Everything they do, they do it together,” said VanderVecht. “If someone falls or has a bad day, the rest of the team is there to pick them up.”

VanderVecht herself won Canadian Collegiate Athletic Association (CCAA) Coach of the Year. It was her first time winning the award in the five illustrious years she has coached at Fanshawe, however, she has been successful since day one.

“In 2016, I was honoured with receiving OCAA Coach of the Year in my first year as head coach for the Fanshawe Falcons. Since then, I have continued to develop our team and strive toward success. I have led the team alongside my assistant coaches to five CCAA team medals, including a National Championship in 2021, 2019 and 2018, as well as individual student athletes to three individual medals,” said VanderVecht.

“Additionally, myself alongside assistant coaches Sean Tilden and John Mason, who have been by my side since the beginning in 2016, and OCAA Mentoree Coach Regan Ryter, have led the team to an incredible 18 provincial medals since 2016. Receiving this award this year is an absolute honour.”

Lastly, there was the championship-winning men. Not only did the men win the team gold medal, but Seth Marcaccio also took home the individual bronze medal, closely followed by Sandy Freeland who finished just outside the medals, in fourth. VanderVecht said she was so proud of what they have achieved, but knows they’re the best because of their teamwork and dedication.

“[They] are incredibly dedicated,” said VanderVecht. “They all share a tremendous love for running and spend a lot of time together. [The men] have developed a close-knit relationship similar to a family dynamic.”
CCAA Cross Country Fanshawe Falcons OCAA