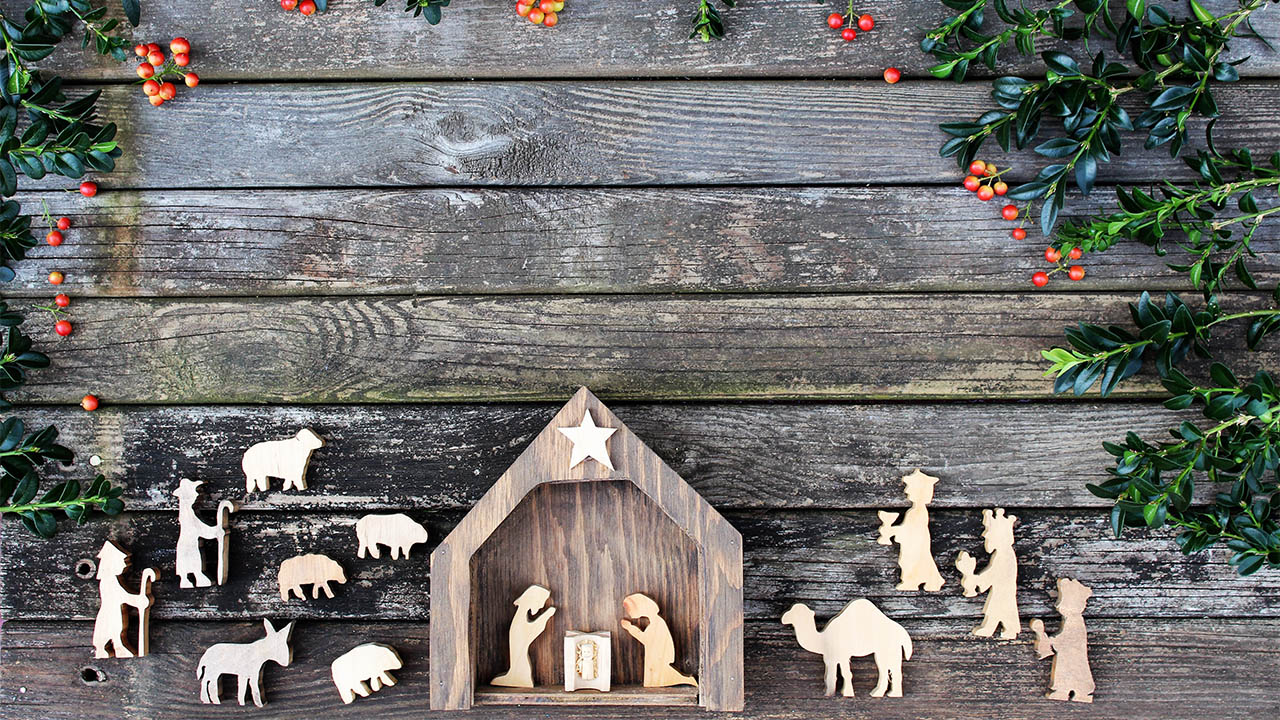 CREDIT: SJARRELL
This holiday, consider the story of the birth of Jesus Christ to a Jewish couple who were not looking for any great part to play in God's work in our world.

What do Kanye West, Eminem, Tupac Shakur, DMX, Tenille Townes, U2, and High Valley have in common? They all sing about Jesus.

Every university philosophy department deals with philosophers, dead and living, who work out their ethics and politics in relation to the faith, Christianity, that places Jesus Christ at the foundation and centre of all things, visible and invisible. Mohammed found himself unable to create a new faith without dealing with Jesus and what he heard many people say about him.

Indigenous people here in Canada, but also in what evolved into Europe, and other regions on our modern maps, embraced Christianity over time after the missionaries arrived. For example, around the year 900, the Viking leader, Rollo, was permitted to rule what is now France (more or less). His people became what we call the Normans. The Normans, in 1066, subjugated the Anglo-Saxons in England. This came with the blood and terror we might expect from the offspring of Vikings.

For Rollo to rule, however, he had to promise to convert to faith in Jesus Christ. He kept his promise. This meant that the Viking-Norman thirst for blood was eventually tamed. This should not be surprising since there is no way to take Jesus’ own teachings and life seriously without them having a strong impact on our desire for revenge and superiority.

Here in Canada, there is a pervasive tendency to replace “Christmas” with “Holiday.” We recognize not only that people can celebrate the miraculous birth of Christ during Christmas. We also recognize other “religious” celebrations or “secular” celebrations that are available during this time of the year. There is a commitment to make people of all faiths and cultures welcome in our borders. And, it can be argued, this is the best way forward politically in our multi-cultural, diverse world and society.

I don’t wish to argue against that tendency. However, I do want to ask why it is that the figure of Jesus Christ has had such a widespread and profound influence all over our world.

There are many ways to address that question. For instance, it can be addressed in terms of the success of Christian missionary movements and the responses of Rollo and other indigenous leaders on every continent.

But I think that one of the most important reasons is the fortitude of the early Christians. Most of them were Jewish. This changed very rapidly. If you read the New Testament (the biblical accounts of Jesus, the early church, and many supporting documents) you will soon discover why.

There are two ways in which the fortitude of the early Christians is apparent. First, there was no movement among those first believers to abandon what they had started. This is notable because they had one very strong reason to walk away from their new-found understanding of Jesus. What was that reason? Severe risk of persecution, refugee status, forced migration, torture and death. These are what the early Christians knowingly faced. The Roman Emperor, Nero, turned hungry lions loose on captured Christians in the Roman Colosseum. This was not even the worst that Nero forced upon the early believers. Accepting that Jesus was the Son of God who died and was raised from the dead was not considered a good career move by anyone. On the contrary, you could lose your (earthly) life.

The second way that the fortitude of the early Christians is revealed is the adamantine influence of the eyewitnesses of Jesus. In order to become one of the original missionaries, for example, one was required to have accompanied Jesus through his public activities – three years in duration – and to have seen him alive after his execution (This requirement is documented in the Bible, Acts chapter 1). A quick read through what I called the “supporting documents” above, as well as the accounts of Jesus’ work, will quickly establish how much the authority of the eyewitnesses controlled the narrative and teachings in those perilous early day (N. T. Wright and Richard Bauckham are two biblical scholars who have done much in recent years to clarify the historical reliability, and eyewitness shaping, of the message of the early church).

So, I would say, this holiday, consider the story of the birth of Jesus Christ to a Jewish couple who were not looking for any great part to play in God’s work in our world. There are two accounts: one at the beginning of Matthew and the other at the beginning of Luke, both in the Catholic, Protestant, and Eastern Bibles. And try to find your way to a Christmas Eve or Christmas Day service in a Catholic, Eastern Orthodox, Reformed, Anglican, or community church. There will be lots of time for presents, dinners, and helping out at the local homeless shelter. But it can do a world of good to examine the Christmas story and reflect on why it continues to be celebrated from London to Mumbai, and from the local native reserve to Wall Street.
Editorial opinions or comments expressed in this online edition of Interrobang newspaper reflect the views of the writer and are not those of the Interrobang or the Fanshawe Student Union. The Interrobang is published weekly by the Fanshawe Student Union at 1001 Fanshawe College Blvd., P.O. Box 7005, London, Ontario, N5Y 5R6 and distributed through the Fanshawe College community. Letters to the editor are welcome. All letters are subject to editing and should be emailed. All letters must be accompanied by contact information. Letters can also be submitted online by clicking here.
Christmas Jesus Religion

1
The Rings of Power and being beholden to God
2
Lessons from Lady Elizabeth of Marburg
3
Christmas Eve: Memories from my childhood
4
How Jim Carrey Stole Christmas: The Grinch movies ranked
5
Why stay alive in 2023

Christmas Eve: Memories from my childhood