Why is international tuition so expensive in Canada? 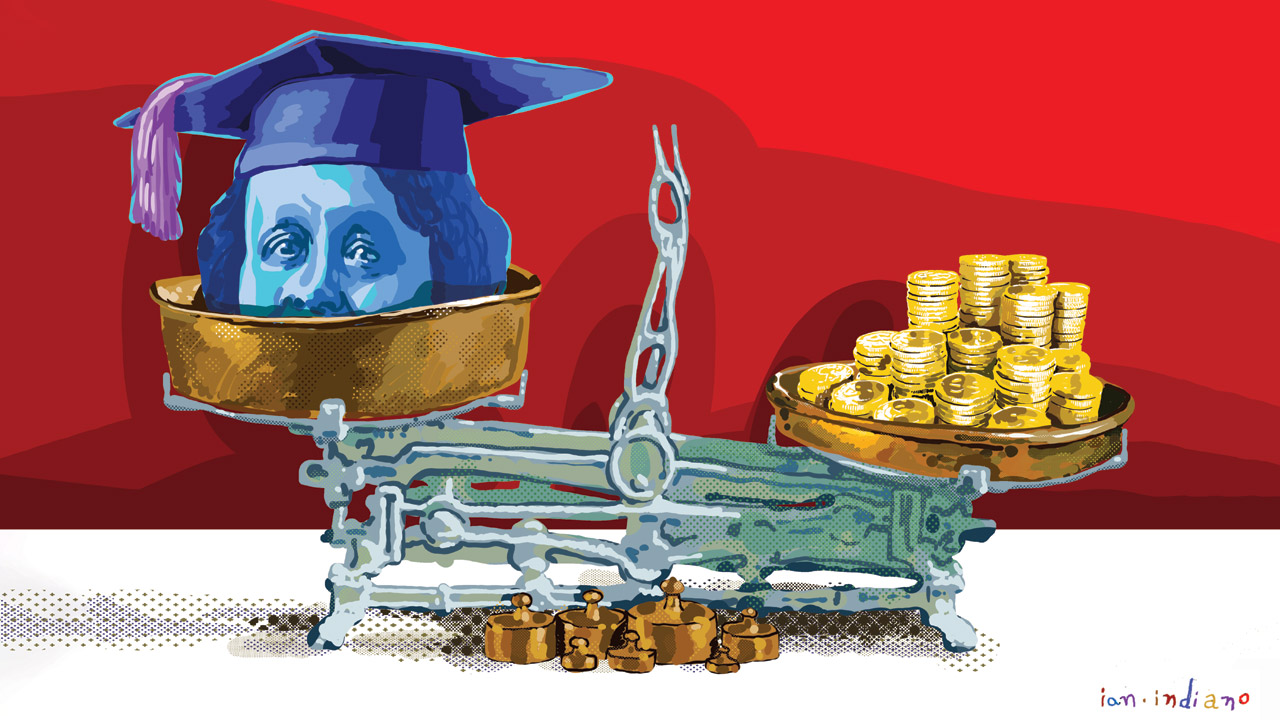 CREDIT: IAN INDIANO
Between 2011 and 2016, the total revenue from international student fees doubled from $620 million to $1.28 billion.

Not many things are more stressful than dealing with money. Every new year, most of us come up with resolutions for saving money or using it more wisely, especially if you are a student. But when it comes to student financial life, there is a considerable difference between Canadian students and international students. For those who don’t know, in Canada, international fees can cost up to four times more than domestic fees, and these numbers continue to climb every year. But why is this difference so dramatic? And can this be considered fair?

The origin of this situation begins with the election of Mike Harris for Premier of Ontario in 1995. Before that, colleges and universities were paying close to no attention to international student recruitment in Ontario. Under Harris’s Progressive Conservative government, colleges were encouraged to establish partnerships with other institutions around the world and compete for students in a deregulated global educational marketplace. In 1996, Harris’s government deregulated international tuition and allowed schools to keep all the money it generated. Decades later, the result is that fees for international students now equal 35 per cent of all fees collected and 12 per cent of operating revenue for these institutions.

Since then, education in Canada has relaxed entry rules for international students, establishing Student Direct Stream agreements with 14 countries (Antigua and Barbuda, Brazil, China, Colombia, Costa Rica, India, Morocco, Pakistan, Peru, Philippines, Senegal, Saint Vincent and the Grenadines, Trinidad and Tobago, and Vietnam), which means that, if you’re from one of those countries, after graduating from high school and meeting a minimum standard on an internationally recognized English test, your admission to any Ontario college is (virtually) only a matter of money.

A common criticism of this system is that such policies make institutions more oriented to programs that international students want to take, and less oriented to programs they tend to avoid. This is a consequence of the deregulation lead by Harris in 1996. At the time, provincial operating grants made up 60 per cent of university operating budgets. Twenty years later, and this number had dropped to 40 per cent in 2015. Between 2011 and 2016, the total revenue from international student fees doubled from $620 million to $1.28 billion.

During COVID-19, this situation couldn’t be more different. The pandemic exposed how fragile this system is. For years, domestic student enrolment has declined alongside provincial funding. Now, with all the travel restrictions and online teaching, colleges and universities are showing how unprepared they are for unexpected global events.

For international students, this is not a surprise. Contrary to the myth that suggest most international students come from a wealthy background, many (if not most) of us need to find a source of money when we get here. And then we must face work restrictions (20 hours a week) and abusive fees. Some of us have to work for cash, sometimes making less then minimum wage. And in a context where most programs are online, the quality of education goes down (and we know it), but the price for studying here goes up. The problem with school funding in a nation as diverse as Canada is a deeply systemic issue that involves both immigrants and domestic students. For the sake of our education and the future of the country we chose to call home, things need to change.
International students at Fanshawe Money Tuition

1
Money talks: what's it saying about you?
2
The joy of debt!
3
Affording life as a student is harder than ever
4
The art of making money as a musician
5
"Pay yourself first:" How to manage your income