Lament for the Russian Orthodox Church 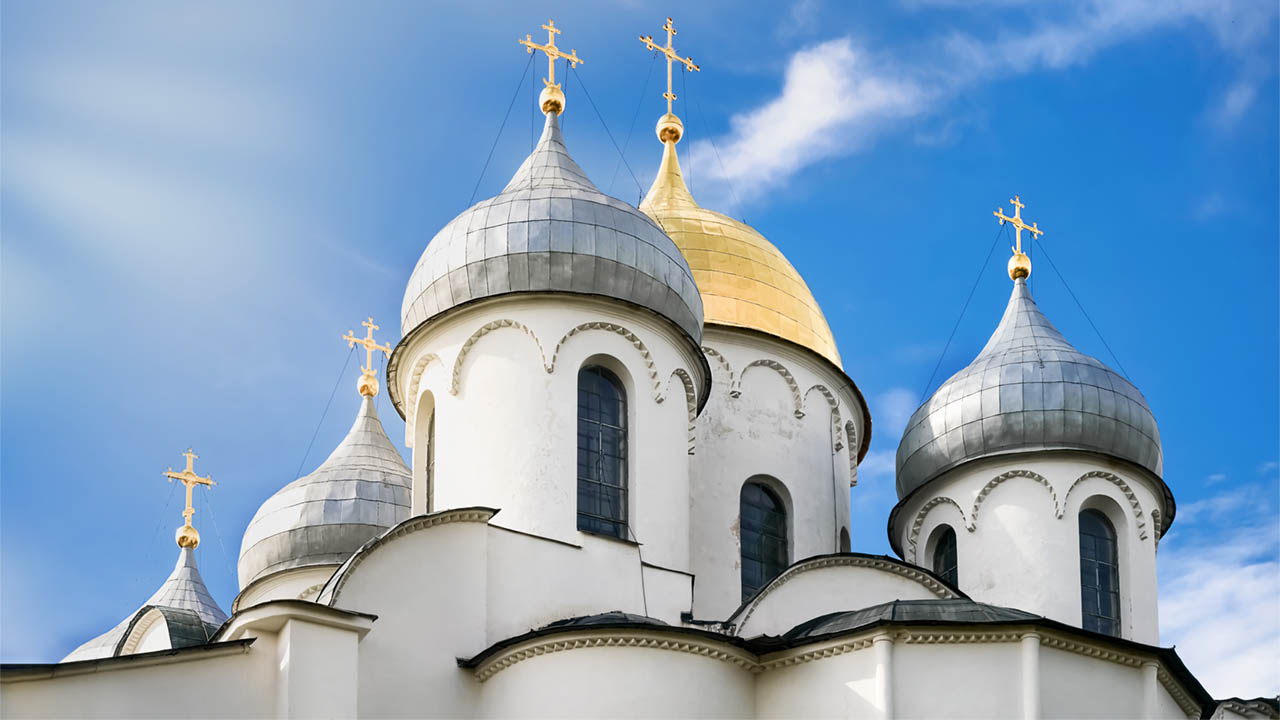 CREDIT: LAIMDOTA
The Orthodox Church began in Russia roughly 1,000 years ago. It has a long tradition of standing with the Russian people through many adversities.

Some years ago, I visited Moscow and Kyiv. I had learned enough about Russian history to know that the 20th century was a brutal time for the people of the now defunct Soviet Union. I also knew that the Christian communities in Russia had been singled out for destruction. The atheistic Marxist-Leninism of the day regarded the Christian church as an enemy of the people. Church buildings were destroyed or turned into museums, including at least one museum of atheism. One prominent church in Moscow was repurposed as a swimming pool. Thousands of priests and other church leaders were sent to labour camps or murdered during the Stalinist era.

My tour group visited Central Baptist Church in Moscow. A particularly moving moment of that visit for me was when an elderly member of the church and I happened to be standing together after the worship service. He said to me, “We have suffered much.”

The Orthodox Church began in Russia roughly 1,000 years ago. It has a long tradition of standing with the Russian people through many adversities. Stalin, during World War II warmed up to the church realizing that, without the help of the Orthodox people of Russia, he would lose the war against Hitler. Today, according to Grant, Putin and the leader of the Russian Orthodox Church, Patriarch Kirill, are allies in a holy war to unite Russia and the Ukraine, so that the two nations can once again share their common political, cultural and religious heritage.

Jenkins agrees. He writes, “Ukraine is of visceral significance to the Russian Orthodox Church because it is seen as the cradle of the Rus’ civilization, a medieval entity where in the 10th century Byzantine missionaries converted the pagan Prince Volodymyr.”

Many might take Putin’s embrace of the church as a cynical means to greater power. But according to Grant, Putin is a true believer who is adamant that the West has become decadent and has turned away from God. His aim is to defend the true faith.

Therefore, it is not helpful to simply label Putin as a proud, pitiless madman, or a rightwing leader making a land grab to secure Russia’s future for the centuries to come. He seems to be a believer who is on what some are calling a “metaphysical mission” to unify again the Russian people.

But while Putin goes to war to unify the people who allegedly share a common history, culture and spirituality, the church he appears to embrace is splitting because of the actions of his apparent ally, Kirill. Philip Pullella (Reuters) writes that more then 280 Russian Orthodox Priests have signed a petition ‘condemning the “fratricidal” invasion.’ The Archbishop of Orthodox churches in the West has condemned the war as “monstrous and senseless,” and rejects it as a “metaphysical” battle. And in the country that Putin seems ready to pulverize, 7,000 priests of the Ukrainian Orthodox Church are taking up arms against the invaders – according to Jonathan Walsh of France 24.

Power, nationalism and war make for a deadly mix. That mix mangles everything in its path; hospitals, schools, industries, farm land, construction, arts – and also the institutional church. The Catholic church, which has been around a very long time, learned this lesson the hard way in centuries past. Pope Francis, head of the Roman Catholic Church, just visited Kirill. The Vatican reports that he said this to Kirill: “Once upon a time there was also talk in our churches of holy war or just war. Today we cannot speak like this.”

Sadly, in my view, not enough attention has been paid to the politics of Jesus Christ, the true leader of the church. He warned his followers not to side with religious leaders of his own people who played a game of cat and mouse with the political leaders representing the Roman Empire. They lost. The horrific First Jewish War of C. E. (or A. D.) 66-73 was one result of their trying to outmanoeuvre the power-hungry Romans. The Jewish leaders, as well as the Jewish freedom fighters of the day, rebelled and were destroyed. But the church, made up of Jewish-Christians at first, though persecuted, grew. It spread rapidly throughout what we now call southern Europe, the Middle East, and northern Africa. It did not spread by means of the sword, but by means of prayer, speaking, miracles, writing, courage, and the suffering of the martyrs. It did not bludgeon its enemies into submission, but persuaded them by its willingness to endure ostracization and lethal persecution.

I don’t want to judge Christians or organized churches who are caught in war and live in zones of terror. I am not sure how I myself or any of the churches I have been involved with would respond to such conditions. But I am very disappointed to discover that Kirill and those who think like him are siding with the designs of an imperial Russia. Perhaps they do not remember how the church in their country was treated during the last century by Putin's predecessors. Perhaps they turn a blind eye to the suffering of the Ukrainian people. Perhaps they need to look to non-Orthodox Christians within Russia itself, like the elderly Baptist I met. His church suffered, and, I believe, in this way, was aligned to the example and teachings of Jesus Christ himself.
Editorial opinions or comments expressed in this online edition of Interrobang newspaper reflect the views of the writer and are not those of the Interrobang or the Fanshawe Student Union. The Interrobang is published weekly by the Fanshawe Student Union at 1001 Fanshawe College Blvd., P.O. Box 7005, London, Ontario, N5Y 5R6 and distributed through the Fanshawe College community. Letters to the editor are welcome. All letters are subject to editing and should be emailed. All letters must be accompanied by contact information. Letters can also be submitted online by clicking here.
Religion Russia Ukraine Vladimir Putin

1
Mental health amid the Ukraine and Russia war
2
Our peace deficit
3
Sexuality in Barbados
4
Queen Elizabeth II has passed. Will her church do the same?
5
Becoming rich(er)

Uncovering music and art in a new city

How Taylor Swift shaped the path for young female artists