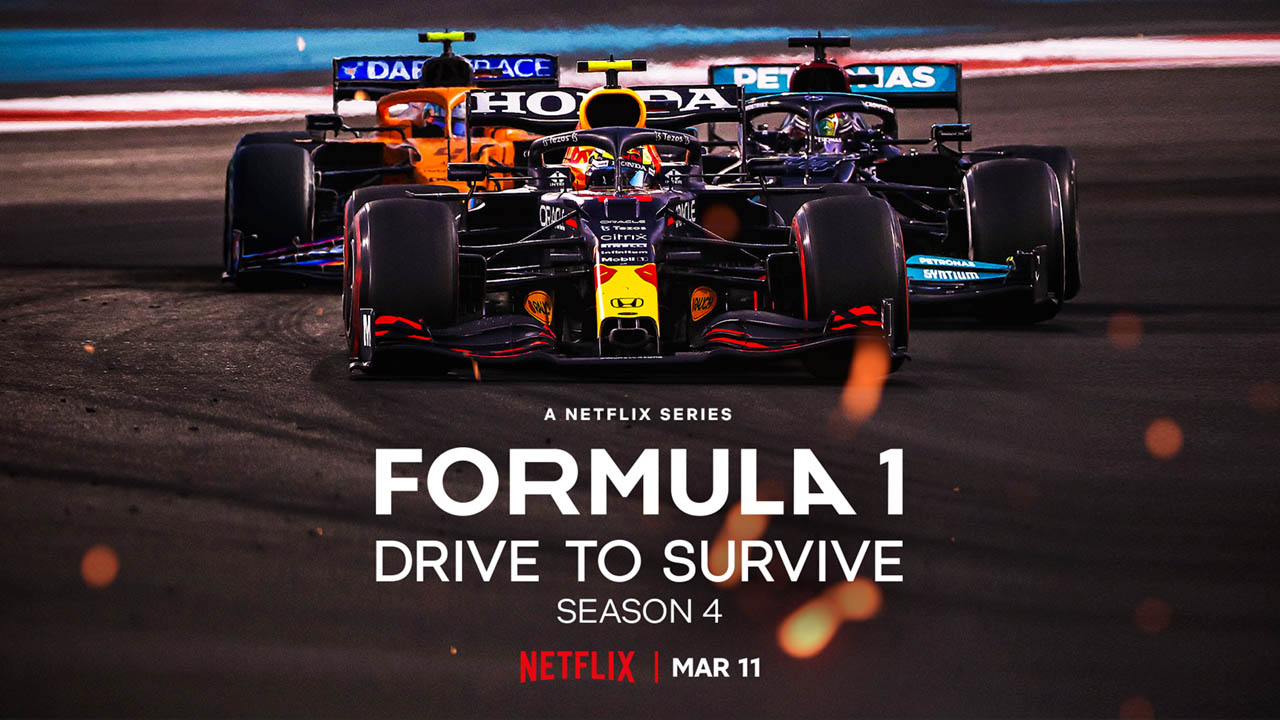 CREDIT: NETFLIX
Formula 1: Drive to Survive is a docuseries that consists of 10 episodes and has been on Netflix for four seasons.

One of, if not, the most popular sports docuseries on Netflix released its fourth season on March 11 and fans of the sport and series binged it in a matter of days. Of course, we’ve now had time to let the show digest and give our honest opinions on the quality of season four after Formula One (F1) had its most dramatic season on-track in a long time. First, let’s give some background for those who may not be familiar with the sport, the show, or the impact the series has on F1.

Formula One is one of the richest sports in the world, estimated to be worth around $13 billion. Yet in 2018, only four years ago, it had little to no following in North America. It had always targeted the rich - often white - man. A former F1 CEO was quoted saying: “I’d rather get the 70 year-old guy who’s got plenty of cash. So there’s no point trying to reach these kids.”

That strategy sounds good on paper, but how could the business have a future with no interest from young fans? Enter Drive to Survive, the most effective content campaign in history… and no, I’m not exaggerating.

According to business writer Nathan Baugh, since Drive to Survive launched in 2019, F1 has seen a 40 per cent increase in American viewership, seven of the most watched races ever and the most attended race ever, which was in Austin, Texas, when 400,000 Americans showed up to watch Lewis Hamilton battle Max Verstappen. This all stems from Drive to Survive, and according to The Guardian, the sport estimates it gained over 73 million fans from the show alone.

Now let’s actually review season four. After waking up sometimes at 8 a.m. to watch races on Sunday morning all year long, I can confidently say that the 2021 season is one of the most epic spectacles I’ve ever seen watching sports. I knew going in, there’s no way Netflix would be able to include everything that happened, but with that being said, they had a ton to work with.

The first three episodes were spent covering the first few races of the season and setting up the ultimate storyline which was obviously the Verstappen vs. Hamilton battle that dominated the F1 season. Episode one definitely got me excited for the rest of the season, however in hindsight, episode two and three had issues, especially the former. McLaren’s Daniel Ricciardo has been the star of Drive to Survive since season one due to his hilarious, charismatic personality, so naturally, they were going to cover him. They did a fine job noting Ricciardo’s struggles, but the fake rivalry they created between him and his teammate Lando Norris was very unnecessary. Norris watched the season and was disappointed that they took a radio message from a different race and dramatized a moment in the first race of the season to make it look like they were unhappy with each other, when in reality, it was simply a first lap incident that happens all the time.

Episode two made it all the way to Monaco where they touched on the results of the race a little but, then in episode three, they did it all over again but from the perspective of Red Bull and Mercedes instead of McLaren. They literally played the same clip of Ferrari’s Charles Leclerc’s gearbox failure. That was a bit weird for me.

As for episode four, Team Haas had a very under-the-radar season, finishing miles off the pace every weekend, but Team Principal Guenther Steiner is another star of the series and his team made for a great behind the scenes episode. We got to see the true colours of the Mazepin’s and why they are no longer in F1. This episode sets up Haas to gain some fans in 2022, which they’ve already started doing.

Episodes five through seven covered all various dramatic points of the season, and I loved all those episodes. The fifth episode was Ricciardo’s sensational win in Monza, while the sixth was Alpine’s Esteban Ocon winning his first Grand Prix and hysterical Yuki Tsunoda who was possibly the highlight of season four. Episode seven was all about Williams and we got to learn a lot about Team Principal Jost Capito and his two drivers. My only criticism in all of these episodes was not showing one of the best on-track battles of the season in Hungary. Could have definitely elevated an already great episode six to best episode of the season status.

As for the last three episodes, it was all Mercedes and Red Bull and understandably so. We get to see Valtteri Bottas against George Russell for the second seat at Mercedes, then they go straight back to Verstappen against Hamilton. I had no real issue with episode eight, but I was disappointed with episode nine and 10. I felt they rushed great parts of the season to spend a weird amount of time in Qatar. Then in Abu Dhabi, they did show some good behind-the-scenes footage but it ended very abruptly. Netflix left more to be desired in those last two episodes for sure.

Overall, I’d rate the season a 6/10. In a season that already had so much of it, they still created drama that didn’t need to be created, made obvious continuity errors like announcing Verstappen won the sprint race in Monza when he actually finished second, and showing Red Bull celebrating at Zandvoort but talking about Verstappen’s win in Austria at the Red Bull Ring. They completely left out the retirement of one of the sports legends in Kimi Raikkonen and also didn’t talk to the new team Aston Martin whatsoever.

I feel Netflix could do better. Verstappen has already announced he’s no longer taking part in the series and more drivers and teams could follow suit if they keep faking drama. However, if it’s bringing new viewers to the sport and to the series… then I it’s doing its job.
Automobiles Documentaries Formula 1 Netflix

1
How to have a feminist March marathon
2
How Superstore is my favourite modern "office" show
3
Mental illness at the Cecil Hotel: How Netflix unravels the mystery of Elisa Lam
4
Formula One's diversity dilemma
5
Pandemic leisure: How students are filling their free time now vs. two years ago