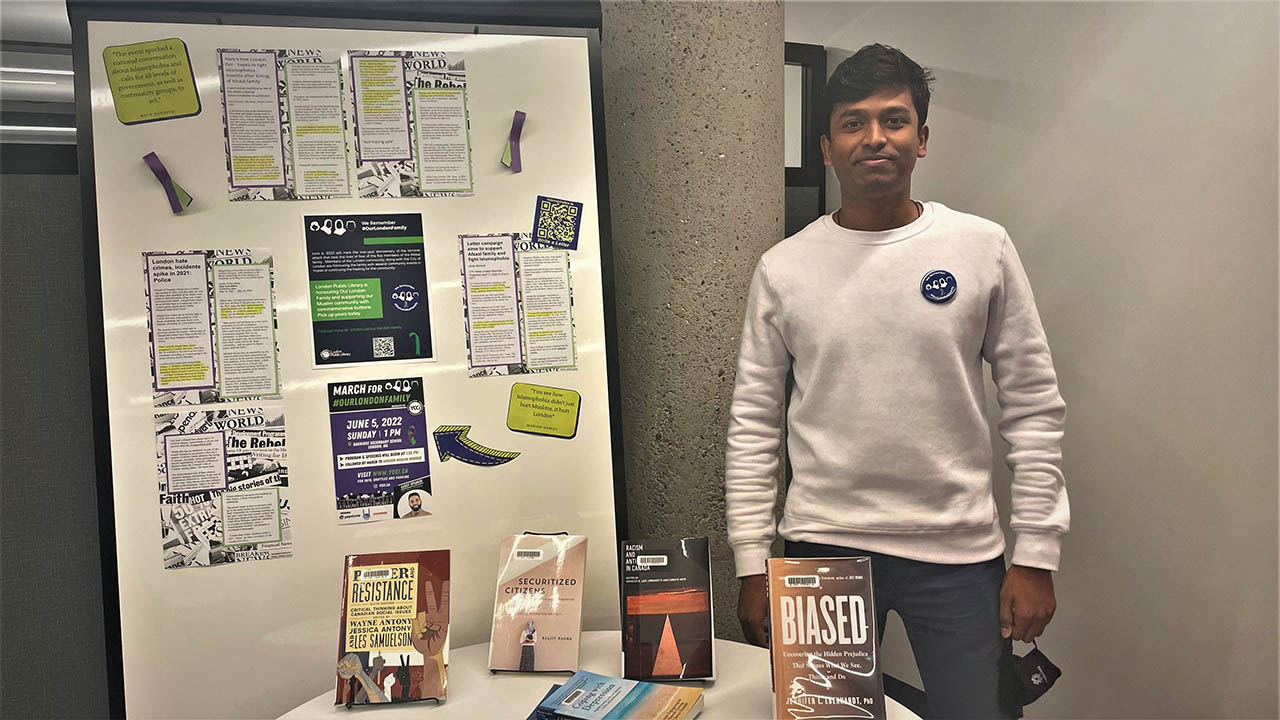 On June 6, 2021, the city of London was devastated when a Muslim family was intentionally struck in what police have called a racially-motivated attack. Four members of the Afzaal family, now affectionately known as Our London Family, were killed in the attack, leaving behind their nine-year-old son, Fayaz Afzaal, as the sole survivor.

The accused, 21-year-old Nathaniel Veltman, will face trial Sept. 5, 2023. Veltman is charged with four counts of first degree murder, and one count of attempted murder.

Since the attack one year ago, there has been much discussion regarding Islamophobia, racism, and homegrown hatred within London and across Canada. Ontario’s New Democratic Party tabled legislation to address Islamophobia and other forms of hate with their Our London Family Act (Bill 86), calling for concrete action to tackle the problem of Islamophobia through education and representation.

Meanwhile, there are various events being held across London throughout the week to remember and honour the Afzaal family. A prayer service was held this morning at the Islamic Cemetery, and across the city, students in the Thames Valley District School Board as well as the London District Catholic School Board are staging peaceful walks on the family’s behalf. Finally, a vigil is scheduled to take place tonight at 6:30 p.m. at the Memorial Plaza at Hyde Park Rd. and South Carriage Rd. 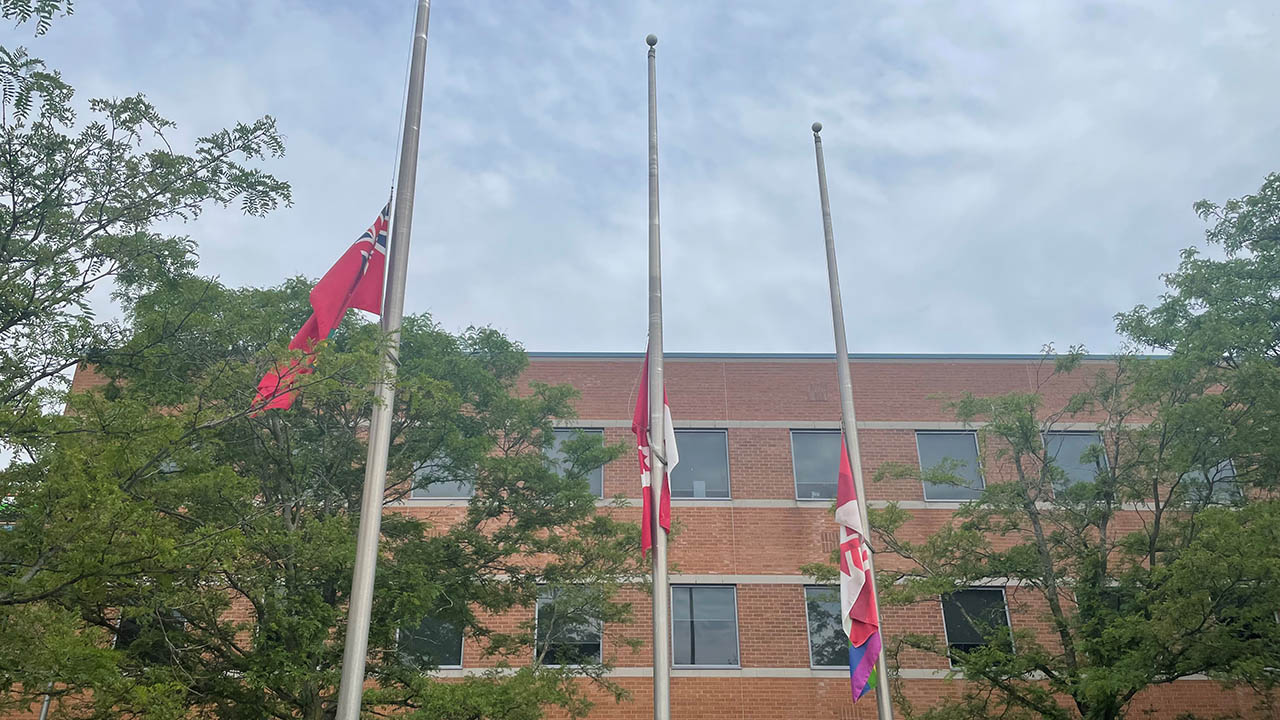 At Fanshawe’s main campus, all flags are being flown at half-mast. The Library Learning Commons has also developed a display with information about anti-Islamophobia resources, as well as a research guide now available here. The display features books about xenophobia and diversity, as well as newspaper clippings documenting the June 6 attack and its aftermath. Commemorative pins are also available to pick up at the Learning Commons.

For Fanshawe Student Union (FSU) president Ismail Aravai, the memory of June 6 is one filled with sadness and uncertainty.

“I actually heard about it the next day through the news,” he recalled. “I felt worried and unsafe about myself and my friends. I was working from home for FSU as [Student Life Coordinator]. I wasn’t able to concentrate on my work, I kept on going back to feeling sad about Fayez who lost his whole family in a day.”

Aravai said the attack had a personal effect on him as a Muslim.

“9/11 changed the perspective towards the Muslim community,” said Aravai. “TV shows and movies just added fuel to the fire as they were portraying Muslims as a terrorist. I don’t dress visibly as a Muslim, but my Muslim friends who wear hijab (headscarf) have told me that they have faced problems like people swearing and threats of physical violence. They were stared at and called a ‘terrorist.’ I have heard about this happening in Canada and India as well.”

Aravai added that there are steps that can be taken at the college to continue to push back against Islamophobia. Compulsory courses on religion, as well as diversity and inclusion training for staff and students were among his suggestions. Acknowledging the existence of Islamophobia is also essential, he said.

“Explicitly teaching students the definition and scope of hate crimes and Islamophobia can help reduce their occurrences,” said Aravai.

Lastly, to Fanshawe’s Muslim population who may be feeling the effects of this tragic incident today, Aravai offered words of comfort.

“You are not alone, there are a lot of people who support you. Stand up, reach out and spread awareness.”

Following today’s events, there are two anti-Islamophobia workshops scheduled for June 7 and 8, set to be hosted by the Muslim Resource Centre for Social Support and Integration, Islamic Social Services Association and King's University College, School of Social Work at the Civic Garden Complex at 625 Springbank Dr. Visit the City of London website to read more about all the events being hosted this week.

1
Everyone running for office in the upcoming municipal election
2
London's green bin program has citizens excited about the future of garbage
3
East meets West: views on sex
4
London needs to be better for pedestrians
5
Controlling COVID is up to all of us