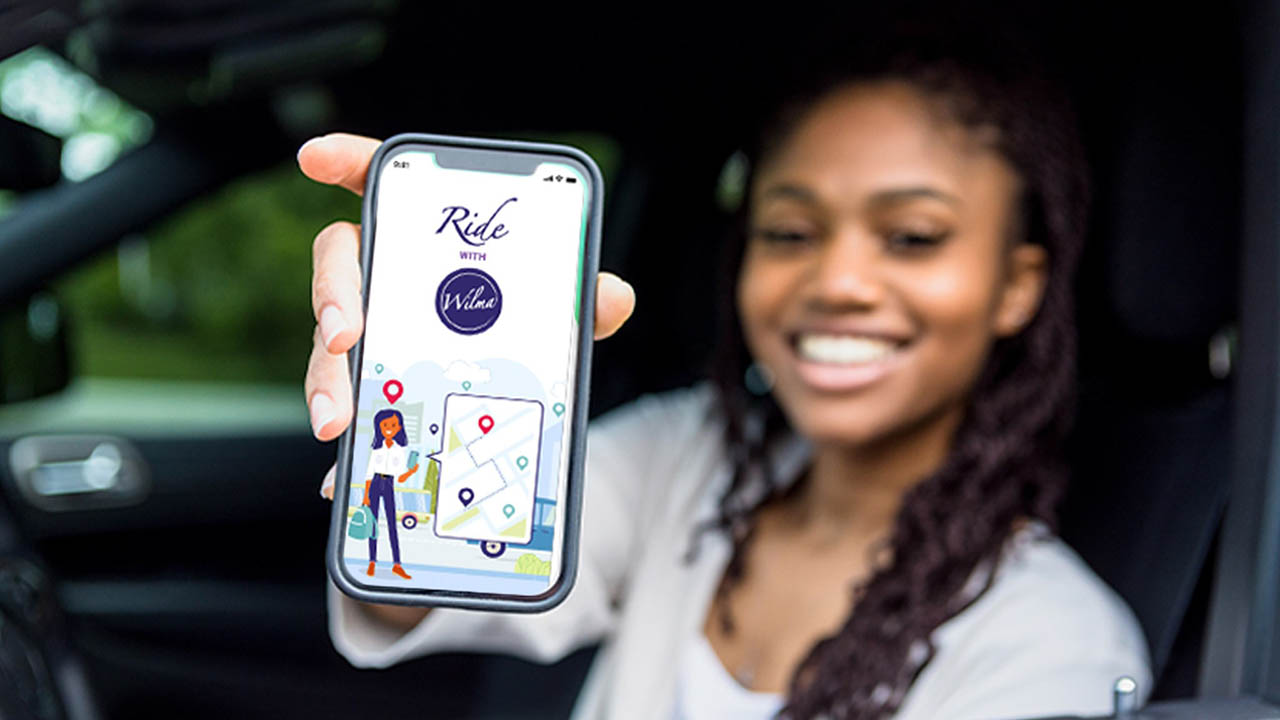 CREDIT: MAVERICK PUBLIC RELATIONS
Wilma is a ride-share service that is piloting its app in London this summer.

London is now the new test city for a “by women, for women” ride-share service, called Wilma. It is similar to Uber, but with memberships. Riders can purchase a membership, women and women-identifying folks only, which gives them a safe ride to their location.

Terri Phipps is the co-founder and CEO of the company. She said the idea came about after hearing so many horror stories about women in difficult and compromising positions on social media while using a ride-share service.

“How come nobody has solved this yet?” said Phipps. “Why is this not on the world’s to-do list? So it occurred to me that what if we had a women driving women service?”

The membership is about $15 a month for the most expensive option if you choose not to pay quarterly or yearly. Wilma prides itself on not having booking fees, saving $3 per ride. Although it is a women-only ride service, the women who have a membership are allowed to have guests with them, of any gender.

“A mom can go with her two sons or their husband or boyfriend. But the member is responsible for the guest’s behaviour. So for example, if I’m out to dinner with my brother and we get into a Wilma and he starts to think it’s fun to chat up the driver, I’m like no, that’s not allowed. But if for some reason that was to continue, I as the member could be written up and removed from the platform because it’s an accountability platform. Plus, the guests must be dropped off before the member or at the same time as the member. We never leave the guest in the car alone with the driver for safety reasons.”

“We have chosen the most advanced background check. When you log on to apply, it does advanced facial recognition, so that we make sure your face matches your driver’s license. We then make sure safe driving-wise, they have to have at least three years of safe driving. And of course, the background check and traditional matters covers off the criminal activity, or lack thereof.”

For those who are debating signing up, Wilma drivers will not be considered employees through the company. They will be considered contract workers, which Phipps said gives them the freedom to choose their own hours.

For now, Wilma is still getting all the bugs worked out as it gets ready to test the service in London. Come August, women and women-identifying folks can sign up and start getting rides.
Apps London businesses Ride-share

1
LAVISH London: A safe space for all
2
Twelve ways to optimize your time and conquer the new semester
3
How to support local and sustainable businesses this holiday season
4
Five apps for weight loss
5
Outdoor activities to enjoy in and around London