Having a conversation: My group therapy experience 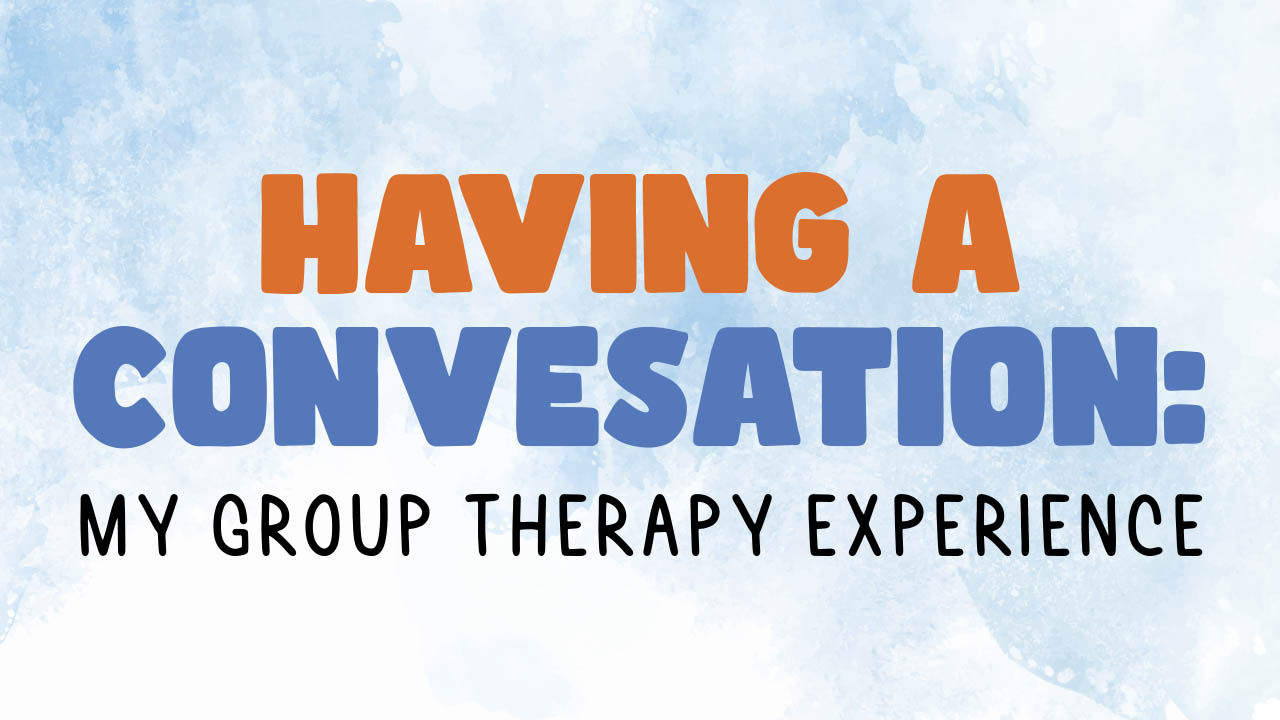 So many things went wrong when I decided to go to university. Near the end of high school, I was balancing academic classes, with two to three extracurriculars at a time and sometimes working a part-time job. Far too much for a 17-year old.

In addition, I was doing the Extended French program, and I was doing some upper level music courses as a “break” from everything else because I thought it would take my mind off the other mentally exhausting courses.

In the evenings, I committed my time to the Air Cadet program achieving the rank of Warrant Officer 2nd Class which was a lot of work; I was the cadet in charge of delivering the training curriculum to the squadron, organizing a hierarchy of instructors, maintaining training standards, creating and delivering resources and more. In addition to that, I was the drum major of my marching band, and both roles took a lot of time during the week to prepare and perform well at.

In the midst of all this, I hardly even thought about what I wanted to do after school. I thought I just wanted to do something I was good at and with some decent job prospects, so I chose to do Computer Science.

Fast-forward a semester and the last thing I wanted to do was be in front of a computer screen.

The pandemic had just hit at this point and university took a toll on me mentally and physically. I’d already been working above my limits for a year and here I was plunging myself headfirst into another high-effort commitment to balance. Not to mention I had a lot of friction with friends and family due to the expectations I had and the high degree of stress I was putting myself through.

Needless to say, after my mind and body failed me during university I tried to “slow down” and try web design, thinking that I just had to study something while I figured out what to do with my mood and energy. I quit the web design program after just a month and at that point I felt like I ha d no choice but to do something about my mental health.

Through a number of phone calls with my parents, hospital staff, and the local Canadian Mental Health Association (CMHA) I found myself in the outpatient wing of the Oakville Hospital for a program that might suit my needs. It was a little further than my closest hospital at the time but had less traffic there at the time and the people I spoke to recommended the hospital because the personnel were better trained for my specific situation.

That mental health group program was my first and it was an immensely influential experience.

I was encouraged to explore my situation, my thoughts, my feelings, and the circumstances around them. I discovered better coping mechanisms and explored different parts of my personality and needs with a group of people exploring themselves too.

We would all come in once a day for two weeks in a classroom-like setting and learn something new about mental health from trained therapists. There would be topics explored under mostly three strands, Dialectical Behavioral Therapy (DBT), Cognitive Behavioural Therapy (CBT) and Mindfulness. Every weekend we would plan something for self-care and after the weekend, we would review our weekend and set individual goals for the week.

There were classes on creative expression as a form of stress management, tools for productivity, and discussions on relationships.

We had conversations amongst the group members and the therapists related to each of the classes, how we might be able to use what we learned and I would occasionally hear some personal stories from the therapists or other members. The therapists always facilitated the conversations we had but most of us usually got the chance to speak and it was relieving to not be forced to speak if we didn’t feel up to it.

What made this experience so different from anything I had experienced before was that at home I’d never been privy to such an environment. Even when I went to the hospital for a nervous breakdown a nurse told me I should be grateful for all that I had accomplished, that I should have stayed in my Computer Science program, that so many people never get the opportunity to study and earn what I may have earned if I completed that program.

It was unfair. It wasn’t even a conversation. It was similar to conversations I would have with my parents years prior and those were never usually conversations. A conversation takes place when both parties can express their thoughts and opinions and there’s back and forth. These types of “conversations” were more like lectures to me.

It’s so easy to tell someone when they’re down what they have to do to get better or that they’re really lucky to have what they have or be in the position that they’re in and that they should be grateful for everything. However, that ignores the issue nine times out of 10 and eliminates the conversation.

I think it’s difficult for parents and kids from different generations to communicate when someone’s depressed or someone’s anxious because of the types of experiences we’ve had growing up and the way we deal with those things tends to be vastly different.

Social dynamics, job expectations, and familial obligations have changed over time in our society and what life was like back then isn’t quite the same now and vice versa.

I tried to shoulder so much burden on myself as the youngest son in an Indian family because my parents are old, my brother is much more independent than me, and I was considered the academic one. It was implied but not explicitly expressed that I’d be taking care of my parents when I grew older and I’d shoulder many familial responsibilities expected of the golden boy in the family.

My interests and lifestyle were not more important than the greater good of the family and our family’s status. This is a common pitfall in many Indian households. My choices sometimes felt like they were not mine to make.

Eventually I asserted my independence and my parents reluctantly respected that.

There’s still so much work for me to do with my mental health and life situation day in and day out, but I wouldn’t have discovered I felt these expectations or felt the need to assert my independence from these hidden expectations if I had not gone through the group program that I did and talked about it.

I’m planning to study music in the fall now but I hope that this a cautionary tale that it’s important to have these conversations before your life snowballs out of your control.
Conversation Group Therapy Mental Health Therapy

1
Fanshawe staff, students share how to manage anxiety
2
Sewing a passion for fashion
3
Mental health amid the Ukraine and Russia war
4
How you think about food can change your mental health
5
Trauma in the newsrooms: is there enough support?