Should politicians have a life outside of their jobs? 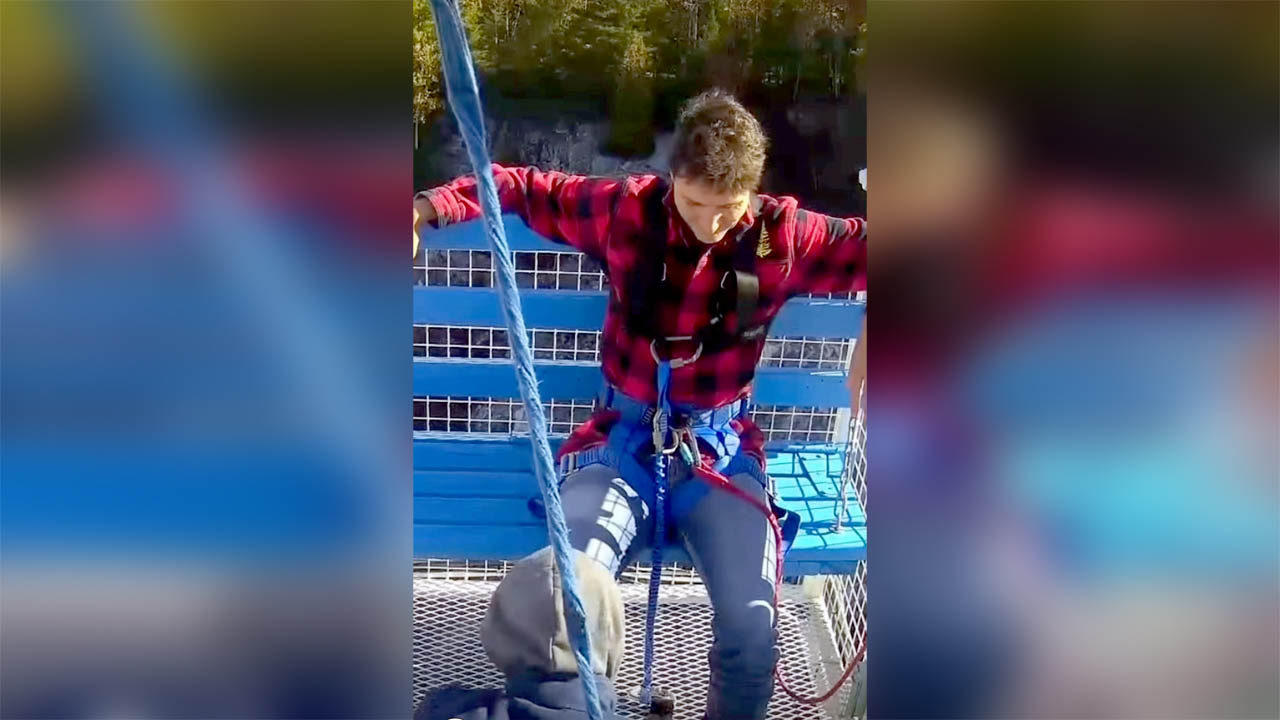 CREDIT: GREAT CANADIAN BUNGEE VIA INSTAGRAM
Justin Trudeau celebrated his son's birthday with a bungee jump, which led to much ire from his online detractors.

In light of recent events, the subject of whether or not politicians should have a life outside of their work has been a topic of discussion amongst Canadians. On Oct. 3, Canadian Prime Minister Justin Trudeau went bungee jumping for his son Xavier’s birthday. This event resulted in different opinions from the public on whether or not this activity was deemed appropriate for a prime minister.

Whilst some members of the public weren’t fazed by the personal activities of Trudeau, there were still some who voiced their opinions that he shouldn’t have been taking part in such an event. Twitter user @Grizz- Media said, “So wrong on so many levels. This should have been done when he is no longer in power.”

Meanwhile, others expressed their very negative views towards Trudeau. Hateful and negative words were used to describe him when it came to this scenario.

On the other hand, there were some who had entirely different views. Twitter user @TimMcKee_ CD said, “Say what you want, I’m here to say #IAmCanadian and this is pretty cool way for a #G7 leader to spend his weekend…”

This recent scenario is very similar to when Trudeau sang ‘Bohemian Rhapsody’ ahead of the Queen’s funeral and just like this time, the public shared their views on whether it was appropriate or not.

Matt Farrell, Professor of Interdisciplinary Studies and political commentator explained the importance of balance for politicians.

“They are people like you and I, and if we want more people to run for office and we want people who are engaged in that community, we want those people to come forward and run for office, they need a balance. You can’t give up your life to come into the public sphere and be a political candidate or somebody that holds office,” Farrell said.

Farrell said that if a person doesn’t like a political candidate that it’s almost a “reflexive dislike” towards the activities they may be doing.

“Any excuse to make the opposition look bad,” said Farrell. “Something that in political science they call negative partisanship.” The public will always have something to say about politicians because there are always going to be people who are not in favour of them. “Where it gets tricky to justify is when you have a political figure that spends an unordinary amount of time golfing or on vacation and then people start to wonder about accountability,” said Farrell.

Surely if these activities with Trudeau were taking priority over his role as prime minister, then there would be a much larger discussion about it than there is currently.

There are many opinions on this topic and whether or not politicians should have some form of freedom recognized by the public. Do you think Prime Minister Justin Trudeau was in the wrong for taking part in a personal activity with his kids?
Federal politics Justin Trudeau Politics

1
Invoking the Emergencies Act?
2
The Power of Social Media
3
Women in Municipal Politics
4
Why we need more diversity for women in politics
5
Politicians and the power of social media

Who you vote for is more than “just politics”