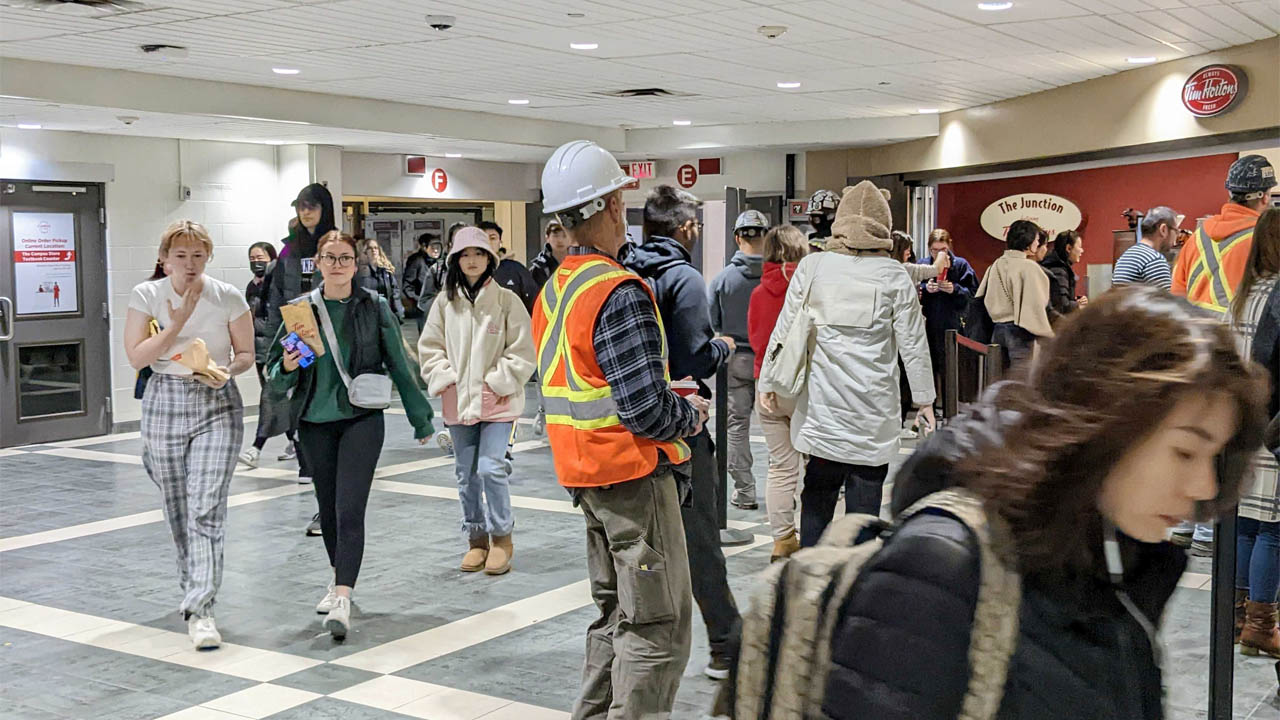 Ontario Public Service Employees Union (OPSEU) Local 110, Fanshawe’s faculty union, has submitted a group grievance against Fanshawe College. The grievance calls on the college to require masking in indoor spaces at the college, citing the lack of COVID- 19 health measures as creating an unsafe work environment.

In the statement, Local 110 President Mark Feltham said, “Under the Occupational Health and Safety Act, employers must take every precaution reasonable in the circumstances to ensure a healthy and safe workplace. We are asking Fanshawe to follow its obligations under the law.”

The grievance was filed by a group of 14 members, Feltham included, who felt that the college is not providing a safe working environment for staff and students. While it’s not a grievance filed by all union members, Local 110 is obligated if any member files a grievance to pursue said grievance.

Feltham added that multiple members, including those who weren’t signatories on the grievance, have come forward expressing concern about safety. Other members have said the opposite, but that’s not the point of the grievance, Feltham said.

“At the end of the day, this isn’t a referendum on how people feel. What it is, is the college meeting its obligations under the law or not?”

Regarding why the group chose to file now, as opposed to at an earlier time, Feltham said that many were still trying to figure out their concerns regarding the lack of mandate. The grievance was filed in late September in order to allow people who did have concerns about the lack of health measures to be sure about them.

“People came back, they saw the college, they saw how many people weren’t masking because for all we knew, people would have continued to mask in large numbers anyway, even if it’s not required,” Feltham added. “That’s not what people have been seeing.”

A statement from the college regarding the grievance read as follows:

“Fanshawe has received a group grievance from OPSEU Local 110 on the topic of masking at the College. The College will schedule a hearing with the union shortly to hear this grievance and will then issue a response. Fanshawe is following all provincial guidelines related to health and safety on campus. Based on ongoing and regular discussions with local public health authorities, Fanshawe has not reintroduced mandatory masking or vaccine requirements at this time. Students and employees are encouraged to mask indoors and stay up to date on recommended doses of COVID-19 vaccine.”

At the time of writing, a meeting between Local 110 and Fanshawe to discuss the grievance has been held, but the matter was not resolved. An official response from the college has also not been received by the union.

“When we get the official response, we’ll assess it. And if it resolves our concerns, great, if it doesn’t, we’ll have to think about whether or not we want to refer it to binding arbitration.”

Regarding the outcome the union is looking for, Feltham brought up that the Middlesex London Health Unit (MLHU) still recommends masking in indoor settings. He also mentions that COVID-19 cases are slowly but surely climbing, as announced by Ontario’s Chief Medical Officer of Health, Dr. Kieran Moore.

Feltham added that “lots of people may feel perfectly safe. And I’m glad people feel safe. I don’t want people to feel unsafe. But I would caution people from thinking that other people feel safe just because they feel safe.”
COVID-19 Fanshawe College OPSEU