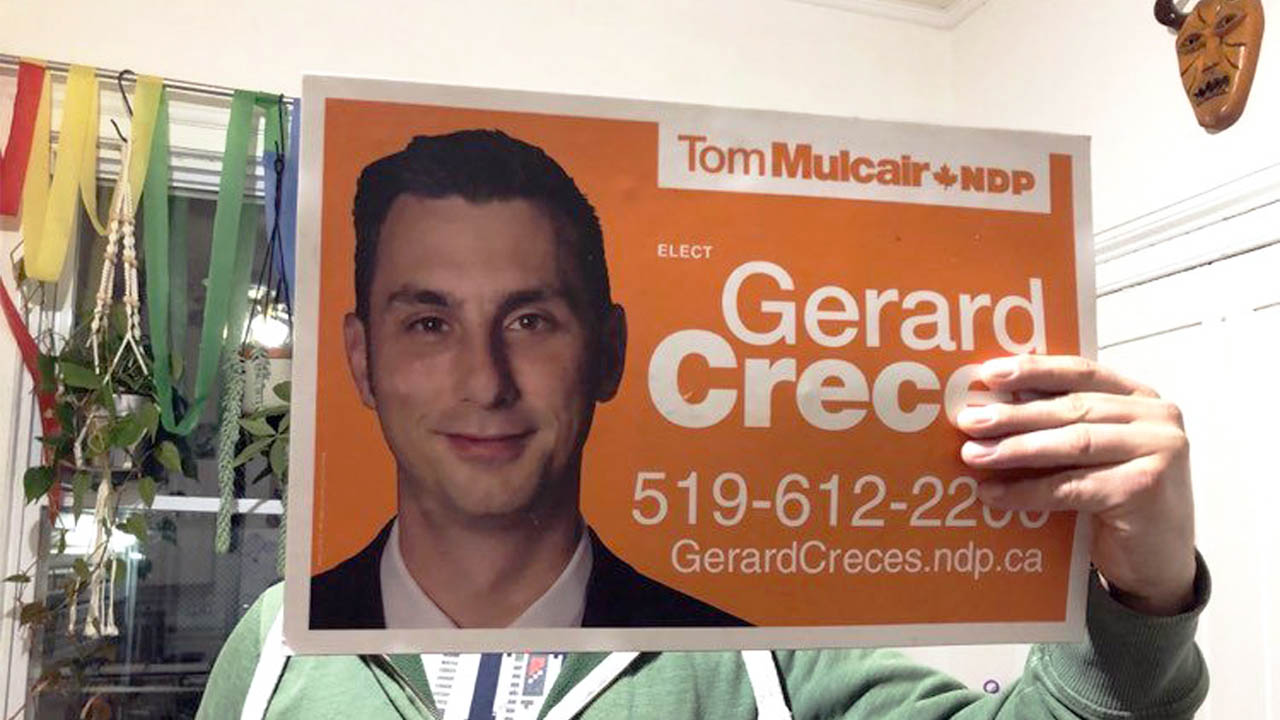 CREDIT: GERARD CRECES
Running for office was the experience of a lifetime, but be prepared for some hardships along the way.

There is a large car magnet on my refrigerator bearing a life-sized mugshot of myself looking all polished and innocent. It’s a relic of the time I ran for office in the 2015 federal election.

At the time, I was a lowly newspaper reporter and political junkie, and felt like I had chirped from the sidelines long enough. A close contact of mine who was higher up in the local riding association let me know they were still looking for a candidate, which was all I needed to hear. One leave of absence later and I was ready to hit the campaign trail.

Here are some of the strange and surprising things I learned along the way.

I was green as green could be when I sought the party nomination. Luckily, I had time on my hands because I couldn’t (ethically, anyway) work in journalism and run for office at the same time. So, every day I shot a new video to post and every night I was cold-calling people on the membership list.

The thing about political allegiance is, you never know how someone votes until they tell you. Sometimes when you’d go to a person’s door and they were a die-hard (insert other party here) fan, they would talk and talk and ask a bunch of questions for no other reason than to keep you from reaching too many doors that day. Folks also sabotage debates with loaded questions, but more on that later.

3. Party baggage is your baggage

Did the party you’re running for screw up anything at any time in the last 30 years? Don’t worry — you’ll hear about it. Did the leader make a blunder that made the evening news? You’ll have to answer for it. As a candidate for a major political party, you have to defend stuff you maybe wouldn’t normally, and you have to be convincing when you’re doing it.

4. People really do judge you by your handshake

Whether at the doorstep or at events, I was constantly meeting people and shaking hands. Some folks try to crush you just to see if you wince. There is nothing worse than giving a greasy, sweaty handshake to someone who is trying to size you up. The ick factor alone could sway someone’s vote. Seriously.

There is so little debating at all in candidates debates that they are largely just called meetings now. They are extremely important, and one of my favourite parts of campaigning, but they are also fairly redundant — at least where an actual exchange of ideas is concerned. When it’s time for the audience questions, there are always plants for each party that will do one of two things:

Maybe I’m just modest, but it was always strange for me to see my name on giant lawn signs driving to-and-fro throughout a riding that was larger than Prince Edward Island.

The sooner you accept the fact that some people just won’t vote for you no matter what, the sooner you’ll be at peace with the unhinged diatribes awaiting you every time you go knocking on doors.

Attending events as a candidate doesn’t mean enjoying them. It means the second you step out of the car you’re introducing yourself to as many people as possible and handing out business cards until it’s time to go.

Running for office was an experience of a lifetime for me. I have a much greater appreciation for the process, the people running, and especially the volunteers who keep everything running smoothly.

I’d encourage anyone interested in politics to consider running — just be prepared for a long slog and get yourself a pair of comfortable shoes!
Editorial opinions or comments expressed in this online edition of Interrobang newspaper reflect the views of the writer and are not those of the Interrobang or the Fanshawe Student Union. The Interrobang is published weekly by the Fanshawe Student Union at 1001 Fanshawe College Blvd., P.O. Box 7005, London, Ontario, N5Y 5R6 and distributed through the Fanshawe College community. Letters to the editor are welcome. All letters are subject to editing and should be emailed. All letters must be accompanied by contact information. Letters can also be submitted online by clicking here.
Election Politics

1
The future of federal politics in Canada
2
Who you vote for is more than “just politics”
3
The Time is Now: Governments must build climate resilient communities
4
Politicians and the power of social media
5
Women in Municipal Politics