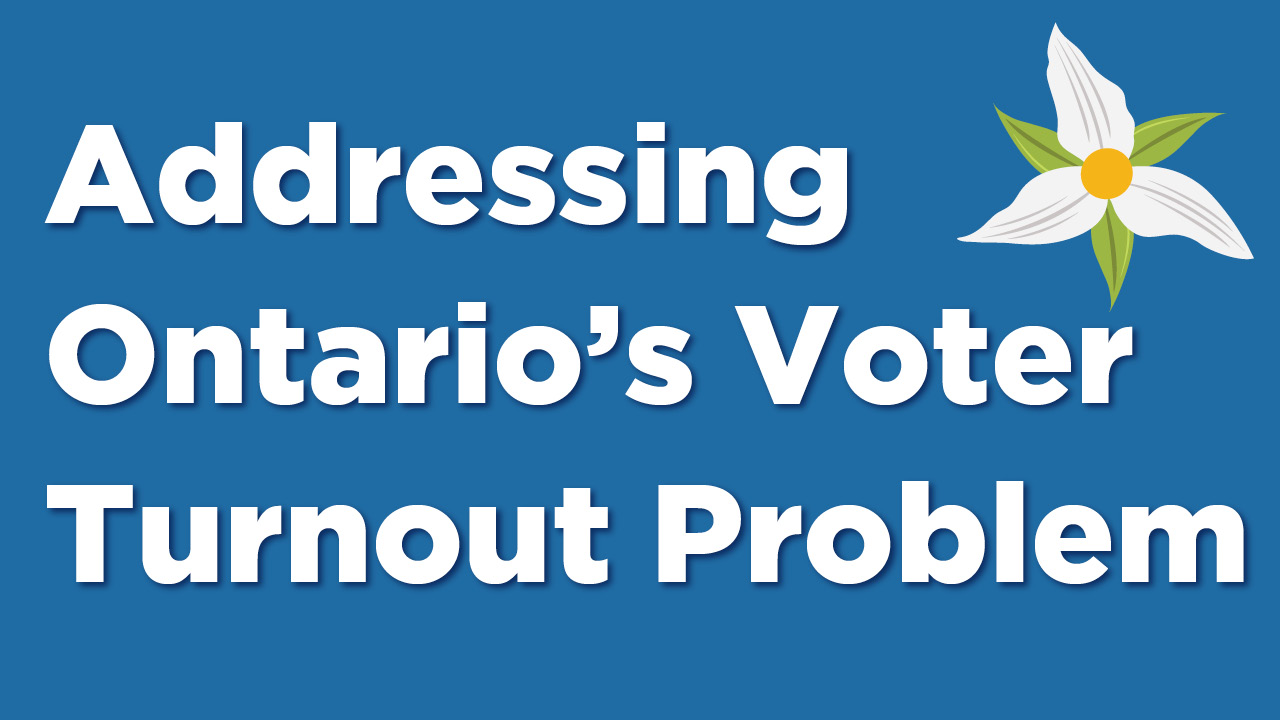 On June 2, 43 per cent of eligible Ontario voters cast a ballot in the Ontario provincial election—the worst voter turnout in Ontario’s 155-year history.

The record setting election took place less than one month prior to Canada’s 155th year as a confederation in 1867— a year in which 73.86 per cent of eligible voters cast ballots for Ontario’s first provincial election.

Voting cuts to the heart of the idea of representative government, said Matt Farrell, elections analyst and educator at Fanshawe College.

“If [voting] is incomplete or absent then there’s questions about how representative the Parliament actually is. If we’re not going to have people vote in sufficient numbers then almost by definition that Parliament isn’t going to be representative,” Farrell said.

The degree to which eligible voters (the electorate) feel and are represented is an integral part of the political fabric. The goal of voting is to elect officials that will act to represent the interests of their constituents when making policy decisions that affect people’s lives.

The effect of low voter turnout produces a negative feedback loop. When eligible voters do not feel represented, they have less incentive to vote. The resulting decrease of voter turnout leads to a government more disconnected from the interests of the electorate. This disconnection can lead to people feeling like they are not represented by their government.

Farrell believes it is likely the nature of the political system that is to blame for low voter turnout rather than potential voters.

Some issues with the political system that might lead to low voter turnout include administrative burden and voter disenfranchisement.

Administrative burden refers to barriers that include registering to vote, locating polling stations, having to take time off work, or travelling to cast a vote.

In Ontario and Canada in general, voters do not bear a large administrative burden given it is relatively easy to register and actually vote if eligible, Farrell said.

Voter disenfranchisement can occur over time due to low voter turnout, as mentioned above, but there are other factors that lead to voters feeling alienated from the political system. In Canada, this could be the way we determine our representatives.

Canadian elections operate on the first-pastthe- post (FPTP) system. In this system, the candidate with the most votes is elected and tasked with representing their entire riding.

One criticism of a FPTP electoral system is that it fails to produce adequate voter representation in Parliament. In this system, a candidate can be elected to represent a riding even if the majority of the total votes do not go to that candidate.

The result is 60 per cent of the people who cast their vote for a different candidate are not directly represented in their riding. FPTP doesn’t seem to be a good way to determine representatives in a system that is meant to represent voters fairly.

FPTP systems can lead to voters feeling disenfranchised because they feel their vote is practically insignificant — their vote effectively amounts only to their participation in the election. A change in the electoral system that makes a larger number of voter’s opinions matter could result in more incentive to vote, a higher voter turnout, and a stronger parliament.

“There are other places that have higher turnout and it’s probably because of different electoral systems or different party systems that are perhaps more representative of the electorate, so people feel more like they have a stake in the outcome, a bit more skin in the game,” Farrell explained. “If they vote in, let’s say, a system of proportional representation, even if their party is not one of the top performers and they don’t form the government, they could still get seats in the legislature.”

For some, voting is its own reward. They recognize the privilege to vote or even feel a civic duty to participate; however, changes need to be made to encourage voters to participate. Perhaps changes to the way representatives are elected in this country would address declining voter turnout.
Election Ontario Provincial politics Voting

1
Is free education the answer to the nursing shortage?
2
The pain of campaigning
3
Canada vs. Brazil: How they choose their representatives
4
Do students care enough about local elections?
5
Ont. supporting more paid internships