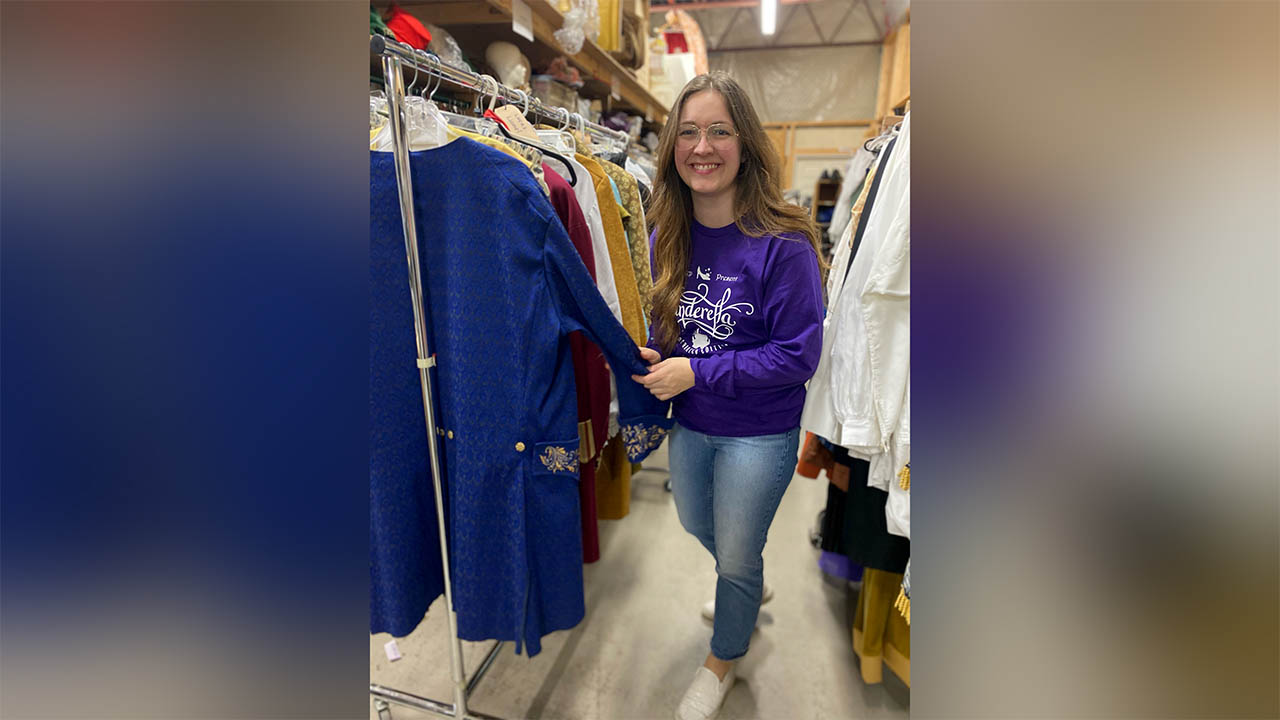 CREDIT: DEBRA CHANTLER
Director Steph Molloy said that although this is an amateur production it is no different from a professional show.

Rodgers & Hammerstein’s Cinderella is coming to the Palace Theatre on Dundas St. from Nov. 24 to Dec. 4.

The show is being put on through a partnership between London Community Players and Musical Theatre Productions.

Director Steph Molloy’s original take on the timeless tale ensures this production represents all members of the community.

“It’s a story for everyone and can be easily modernized,” Molloy said. “The classic tale has inspired countless versions of the story; even Hilary Duff movies. We’re trying to make it as available and more accessible to everyone.”

Molloy’s production was inspired by the events that have taken place during the last few years as well as the famous TV version produced and starring Whitney Houston.

“Her goal was to portray an evolving society through the use of colour-blind casting; we do see a big lack of diversity within our community so it’s a diverse cast.”

This year, the Houston version of Rodgers & Hammerstein’s Cinderella will be celebrating its 25th anniversary, so Molloy wanted to make a statement with her production.

“A big part of my vision was bringing theatre back differently,” she said. “It’s ironic that it’s called community theatre because it isn’t always representing our community so we set out to audition new people…our team was on the ground reaching out to many newcomers to audition for our show, we’ve worked to build a rehearsal space that is safe and inviting.”

Molloy said that although this is an amateur production it is no different from a professional show.

“We have fully trained opera singers, trained dancers. My costume team work for the Grand and at Stratford; my set designer is an award-winning set designer. My cast are phenomenal and through outreach and finding new voices, new singers and dancers, it is just so much fun to watch them put on this show.”

Molloy is adamant that this Cinderella has something in it for everyone.

“It’s real, it’s raw. Real people, real singing, real dancing, real magic, and it’s live. The lights go down, your phones go away, and you really are just getting that organic human experience.”

Molloy truly believes in the magic of live theatre and hoped many people come out to experience this production.

“Who wouldn’t want to come sit in a beautiful historic building and watch a happy fairy tale? There’s stage magic…it’s Cinderella; the fairy godmother shows up and turns the pumpkin into a carriage!”

Molloy and her team were so determined to make this magical production available to everyone that they hired an accessibility coordinator and on Dec. 1, will be holding a ‘Cinderella Relaxed’ performance.

“This performance is designed to provide a comfortable and accessible experience for everyone – and is especially an opportunity to welcome anyone who may not otherwise be able to enjoy the theatrical experience, such as those living with Autism Spectrum Disorder, Developmental Delays, Neuromuscular Disorders, Sensory Integrative Disorders, Attention Deficit Disorder; people who are d/Deaf, Hard of Hearing; those with mobility issues; those with babes in arms, and anyone else who may feel they could benefit from this style of performance.”

This show will also have tiered pricing to help anyone who may have financial barriers that prevent them from going to the theater.

This modernized timeless tale is the perfect way to kick off the Christmas season. After all, Christmas and Cinderella have a lot in common: Both are all about bringing magic into your life.
London events Palace Theatre Theatre

1
London's scene has changed, but the music lives on
2
The Forest City Film Festival makes its return
3
The Grand is back
4
Electric Market returns to celebrate London’s top DJs
5
Elf The Musical spreads cheer at the Grand Theatre this season

Music is therapeutic, but finding new music is a challenge